Eating Well magazine recently published its March/April 2015 edition, featuring a photograph I did of four-year-old Bradford Jones enjoying mud season. Taken in 2003 at Fat Rooster Farm in Royalton, Vt., I did the photo on a lark while I worked on the book Harvest (it also appeared later in Vermont Life). Brad’s enthusiasm for the season still comes through — it’s hard to believe he’s in his first year of high school! 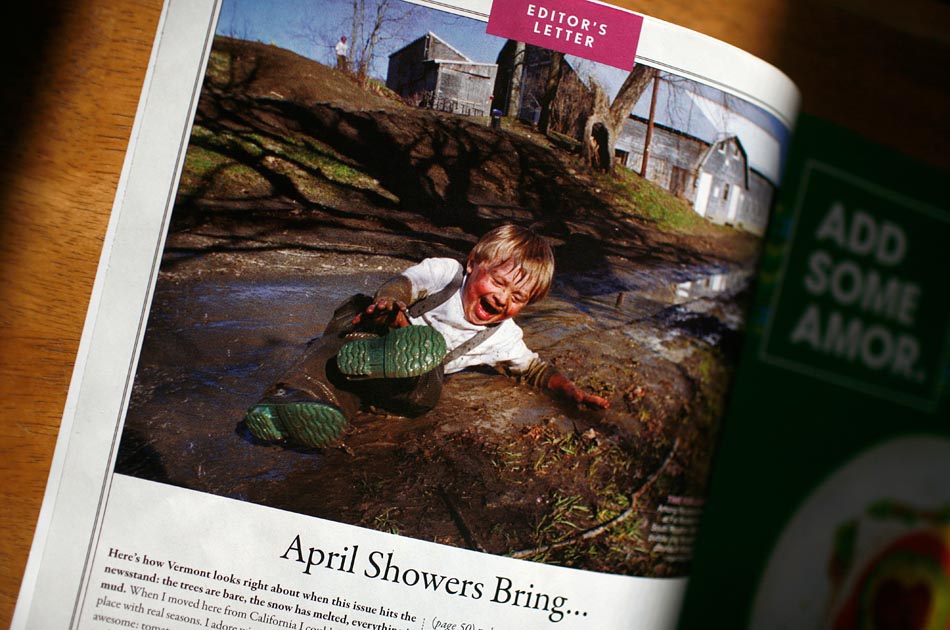