As the sun came up yesterday morning, I found many enthusiastic anglers in area rivers and ponds on opening day of Vermont’s trout fishing season. I was making pictures for Jared Pendak’s Valley News story. I haven’t cast a line since going with my grandfather as a kid, but I can see why so many are drawn to the sport. A few more photos from my morning can be seen in the newspaper’s online gallery here. 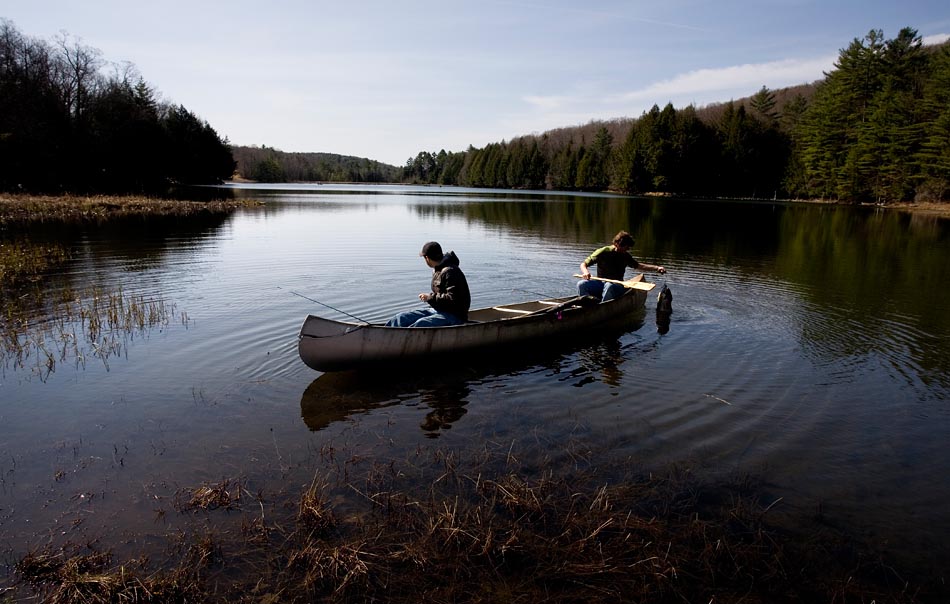 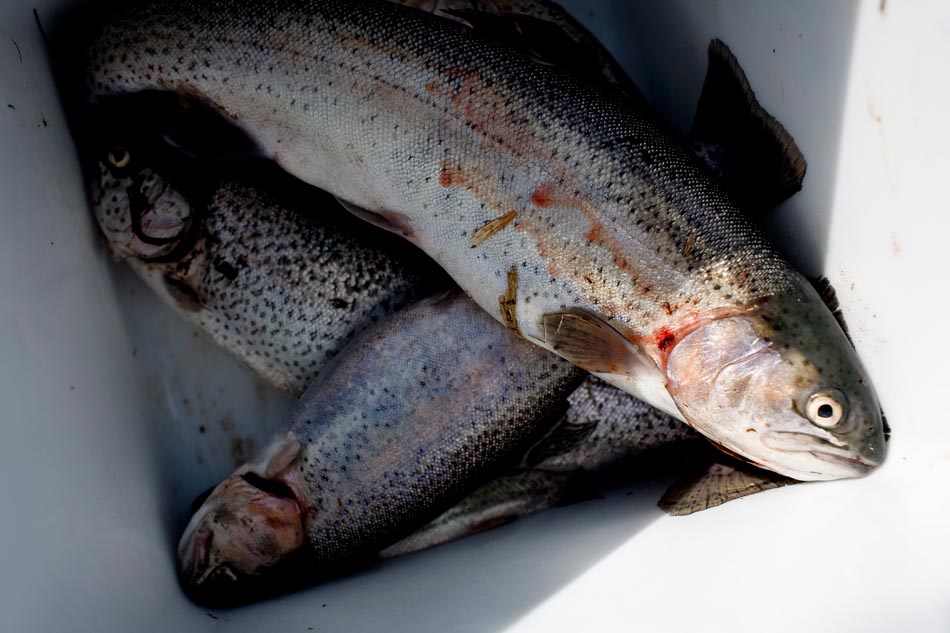 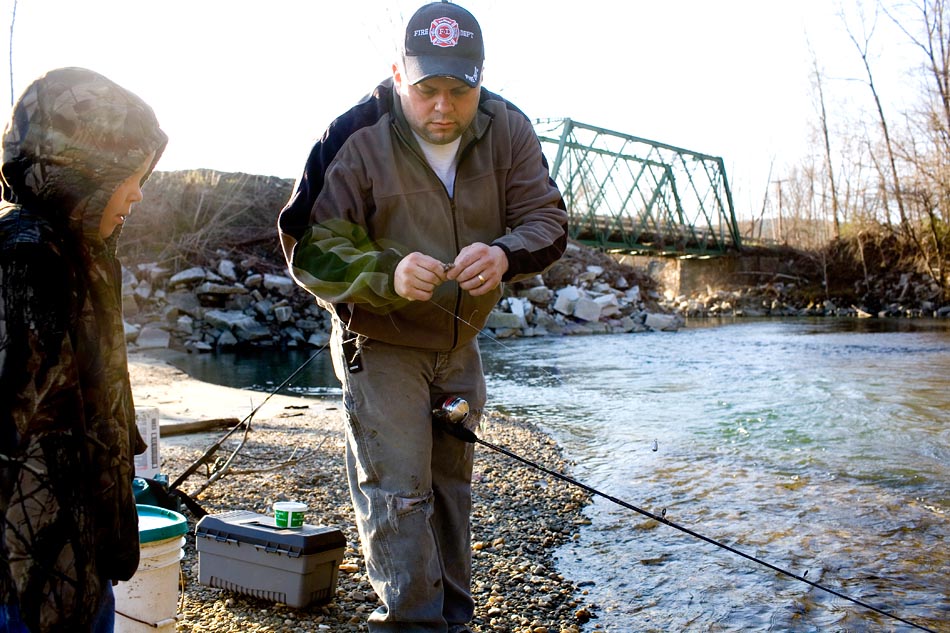 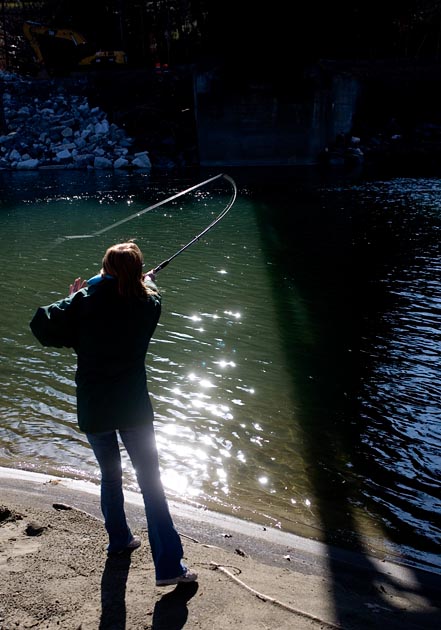 From top: David Mattern, of Tunbridge, Vt., right, holds up a string of rainbow trout while his friend Garrett Chrostek, of South Royalton, Vt., paddles their canoe out on McIntosh Pond in Royalton, Vt. The pair had caught four before taking a break to help Mattern’s father load his canoe on opening day for trout fishing season; Eight rainbow trout lie in a cooler after Wes Mattern, of Tunbridge, and his son Ben, 6, caught them at McIntosh Pond; Jason Ballou, of Bethel, Vt., shows his son, Kellan, 6, how to bait his line with a worm while fishing for trout on the Third Branch of the White River in Bethel. Returning to the same spot they fished last year, Ballou said the river channel was in a different place after Irene’s flooding; Sharon Waters, of Randolph, casts her line into the White River under the Royalton village bridge in the morning. Waters said she was looking forward to a day of fishing – including with her adult son in the afternoon – on her only day off in three weeks. “I just love being by the water,” she said.