While working on a story for the Valley News last weekend, I followed a group of interested bird-watchers as they explored an area of the Connecticut River known as a pathway for waterfowl migration. Organized by the Vermont Institute of Natural Science, the tour was led by Phil Brown, who is New Hampshire Audubon’s Director of Land Management. A bald eagle and a nesting peregrine falcon were amongst the highlights of the tour. 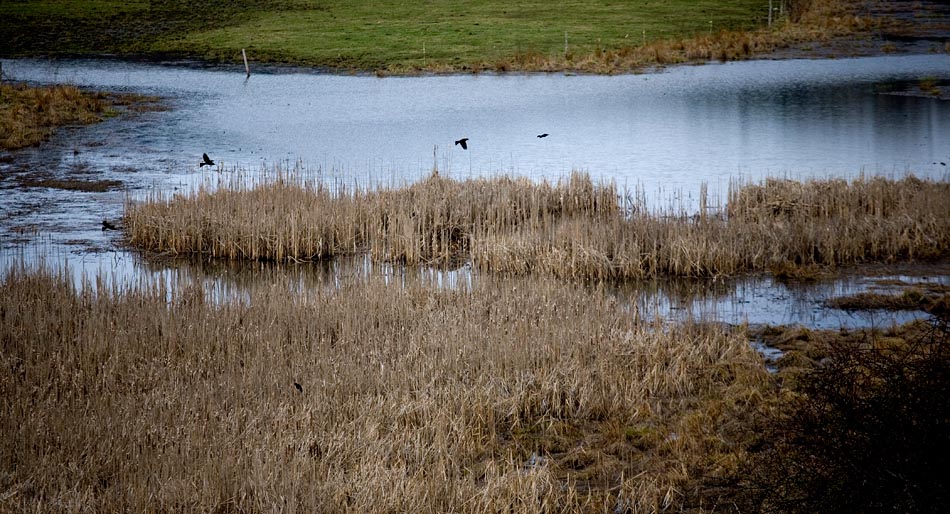 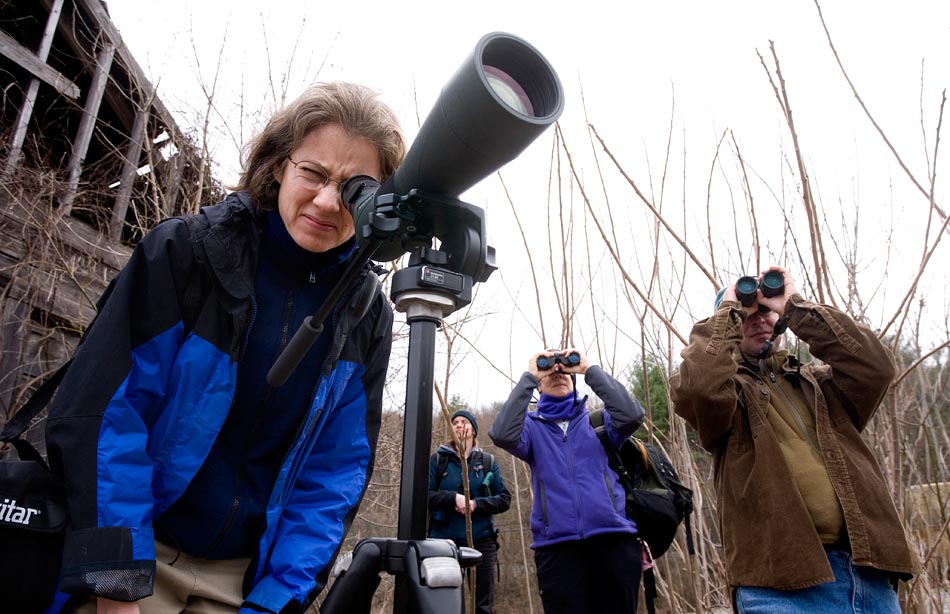 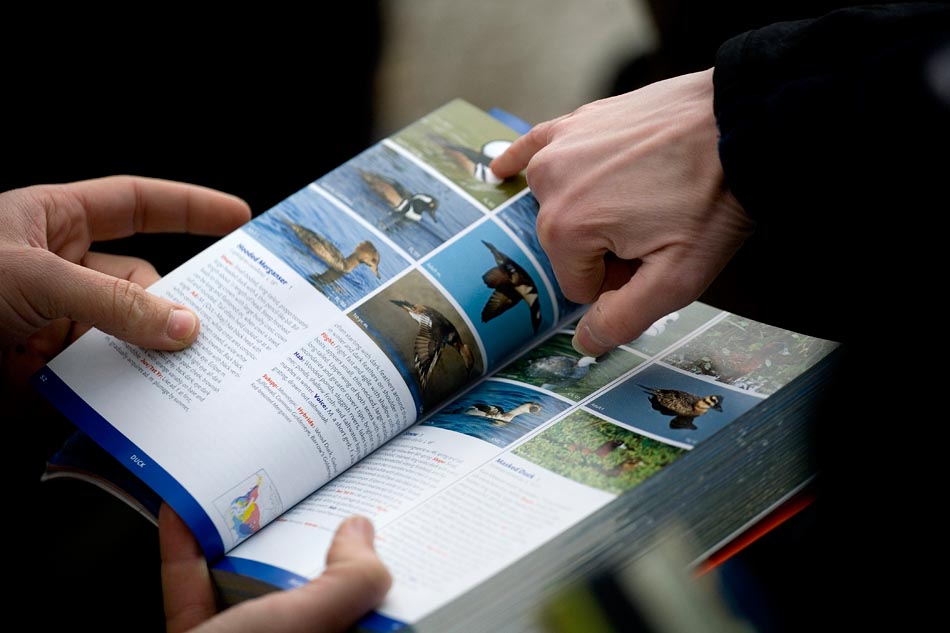 From top: Common grackles fly across a marsh adjacent to the Connecticut River south of Charlestown, N.H. With the unusually warm weather in March, the ice melted early in the area’s rivers and streams, speeding up the migration of birds that come through the spring on the way to their summer breeding grounds up north; Lebanon, N.H., resident Tina Avery looks through a spotting scope at an American black duck during a tour of what’s been designated the Middle Connecticut River Important Bird Area in Charlestown; N.H. Audubon’s Phil Brown: “If they get to breeding areas earlier, they’ll have an advantage, but also a risk.”; A mid-tour look at photographs of a hooded merganser.