After several days of rain this week, the softball team at Whitcomb High School in Bethel, Vt., celebrated the use of their new field with a 20-5 win over neighboring South Royalton yesterday. Both teams lost their riverside fields to several feet of silt when Tropical Storm Irene flooded them in August. The kids’ enthusiasm was great to see as I was there to photograph the game for the Valley News. More photos from the game can be seen in the newspaper’s online gallery here. 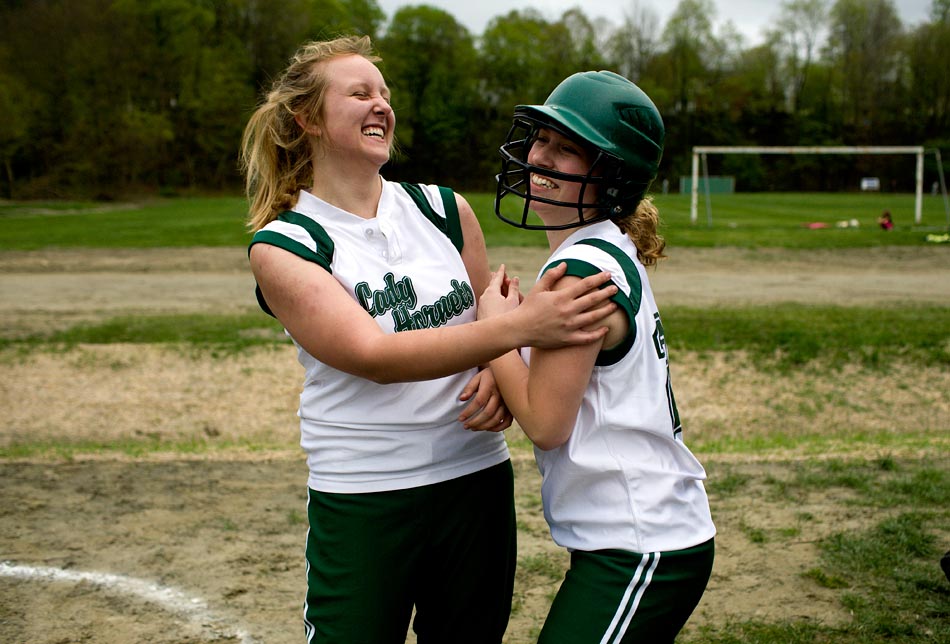 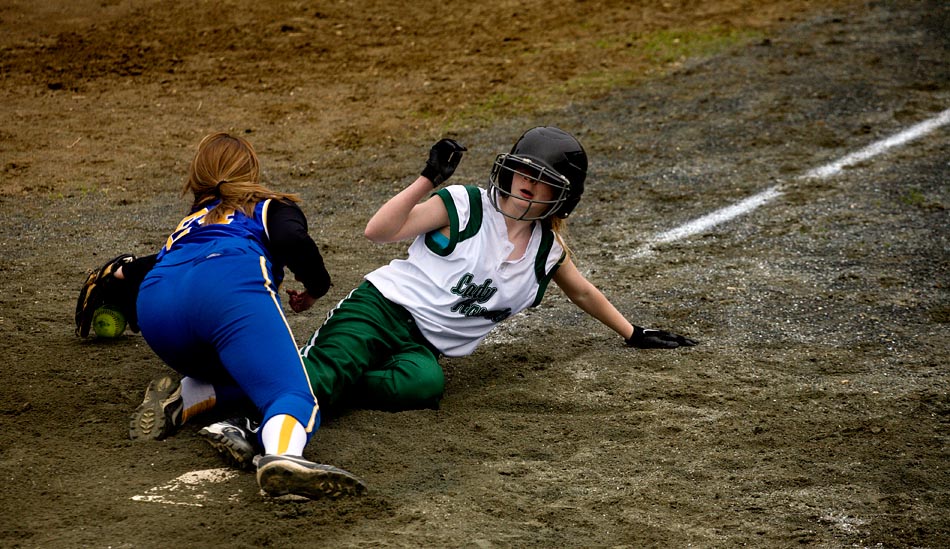 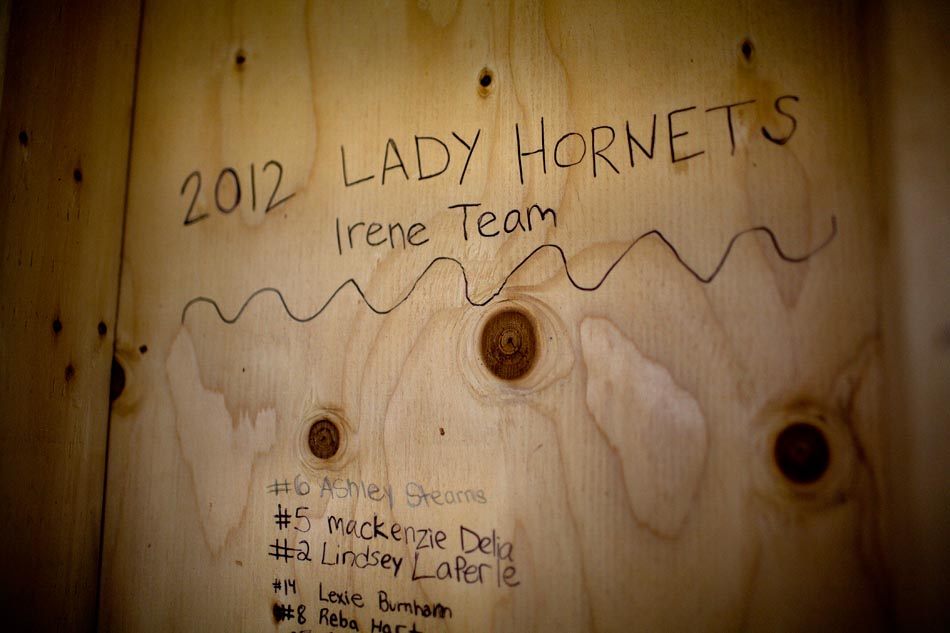 From top: Whitcomb’s Cambry Zullick, left, is congratulated by teammate Amanda Begin after Zullick’s third inning solo home run against South Royalton in Bethel, Vt. It was the first home run at the team’s new field, which replaced the old one, damaged by Tropical Storm Irene’s flooding last fall. Whitcomb won, 20-5; Whitcomb’s Lindsey LaPerle, right, waits for the call after the ball gets away from South Royalton’s Kim Lakin; Whitcomb’s softball team has signed their names in the new softball field dugout, calling themselves the Irene Team.