The Dartmouth Alumni Magazine recently hired me to do portraits of Chuck Wooster at Sunrise Farm in White River Junction, Vt. It was great to see him again — Chuck and I collaborated on two books, Living with Sheep and Living with Pigs. He is such a smart guy — in addition to running an organic farm, Chuck is a writer and was recently elected as chair of the Hartford (Vt.) Selectboard. I wish I had half his energy! Below is an outtake — Chuck was checking the health of a two-day-old lamb under the watchful eye of its mother. The magazine article is due to appear in June. 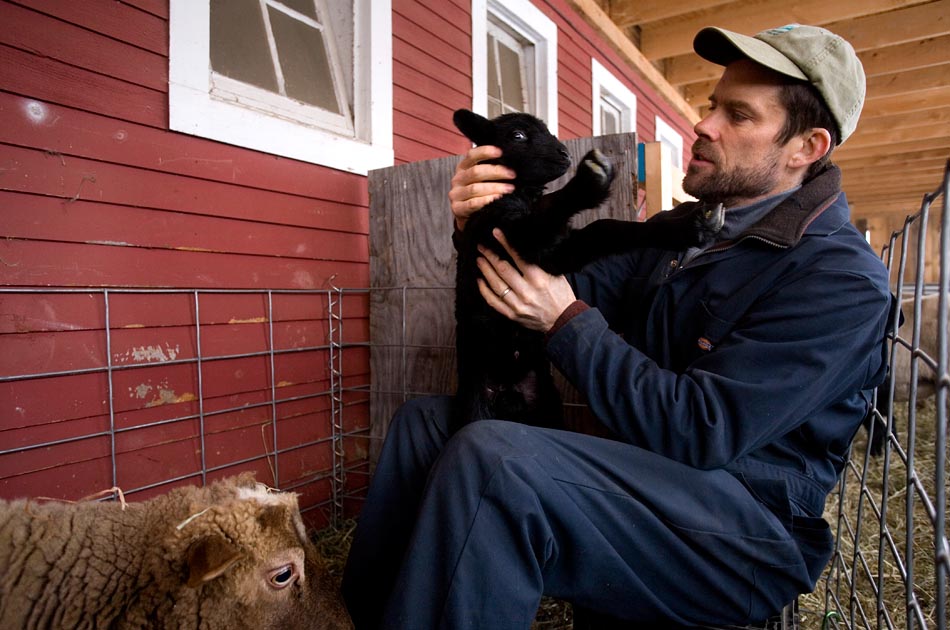