As photo editor at the Valley News, most days I am office-bound to help with the newspaper’s daily visual report. But there are times when I use my camera and it gives me as much of a charge as it did when I started as a 24-year-old 26 years ago. Here’s a few of my favorites from 2015, with a little commentary: 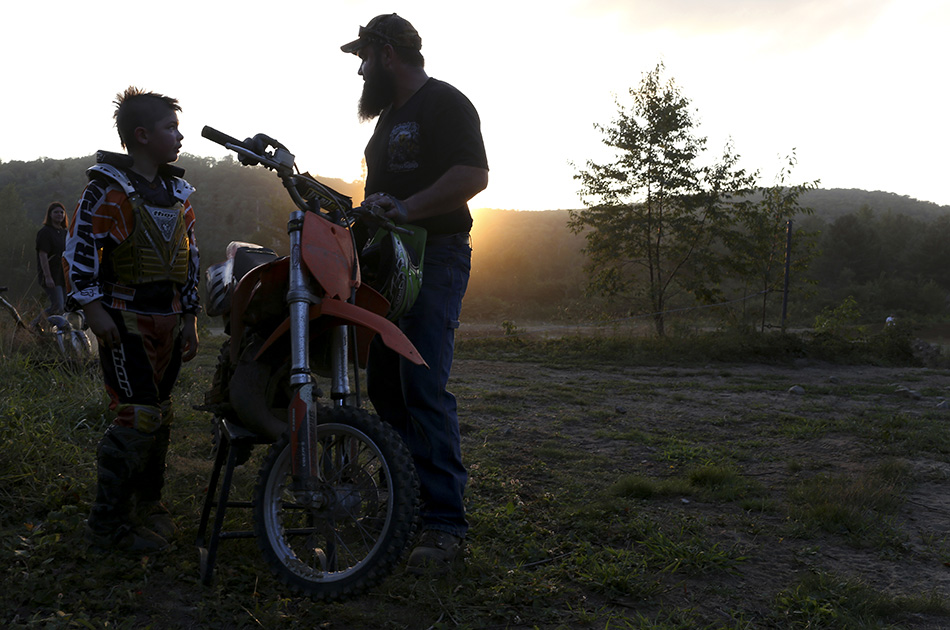 The VALLEY NEWS’ weekly photo page is a monthly commitment for each staff photographer. I only do one or two per year during vacation time. Following the Ignacio family as they competed in a motocross event in Canaan, N.H., last summer was enjoyable because the family was very generous with their time and I enjoy being around the racing scene. 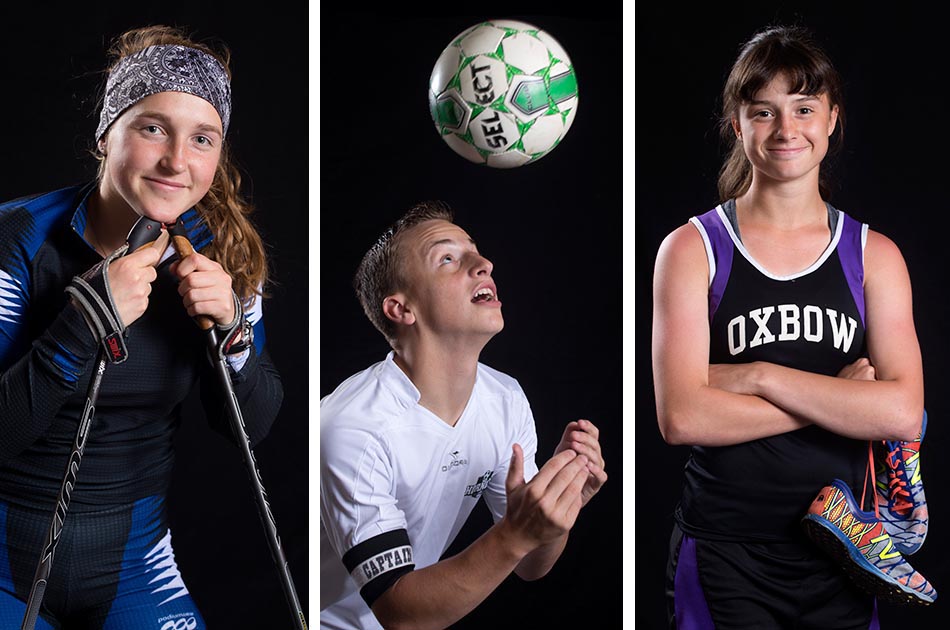 For the first time, the VALLEY NEWS honored athletes from the 17 schools it covers with a special supplement and banquet. The staff did 34 portraits in a short amount of time. The students were all polite and thankful for the award. It was an enjoyable experience to be part of. 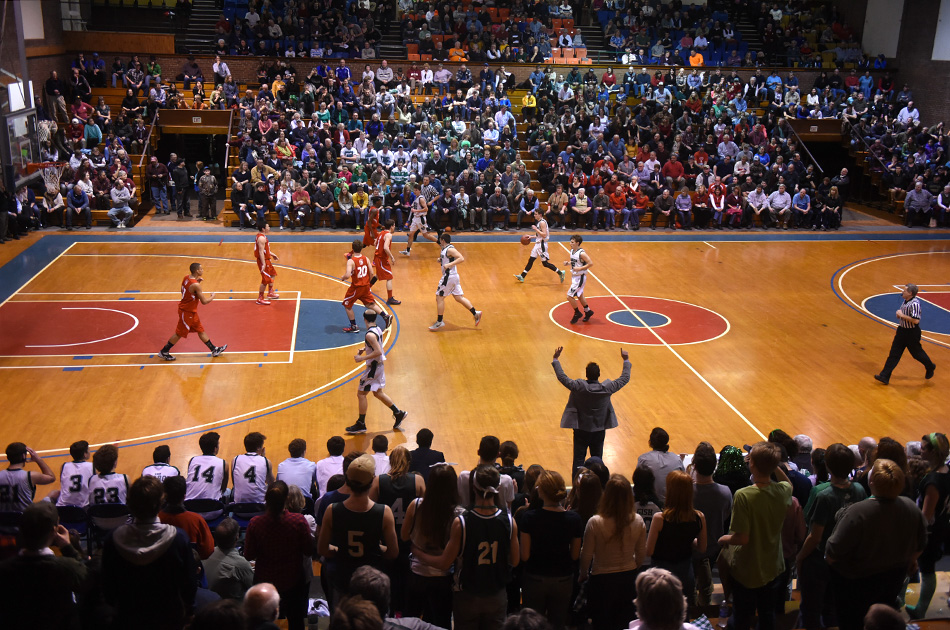 The Barre Auditorium, known as “The Aud,” is a place steeped in tradition for Vermont high school basketball playoffs. It really has not changed much in the years games have been played there. The lighting is a challenge, but fortunately the cameras are catching up. I spent a day covering three championships (this photo was from a semifinal a couple of days before) – it was exhausting, but great to document. 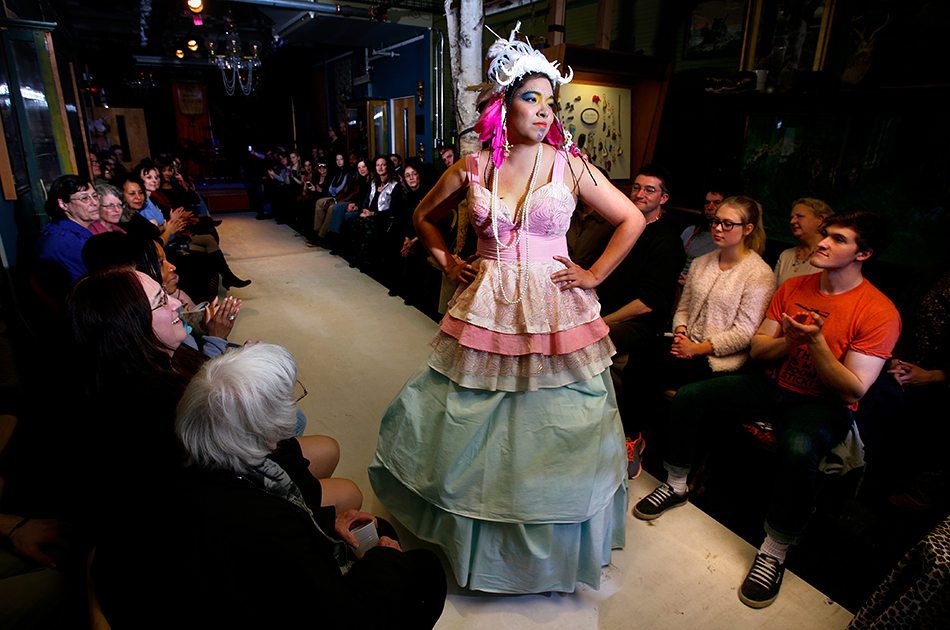 I photographed the annual fashion show at the Main Street Museum in White River Junction, Vt., for ENTERPRISE, the newspaper’s business publication. Fourteen models showed the work of four local designers in the show. I wasn’t sure my lighting set up was going to work once everything started – it was so packed I couldn’t make any changes. Fortunately, it all worked. 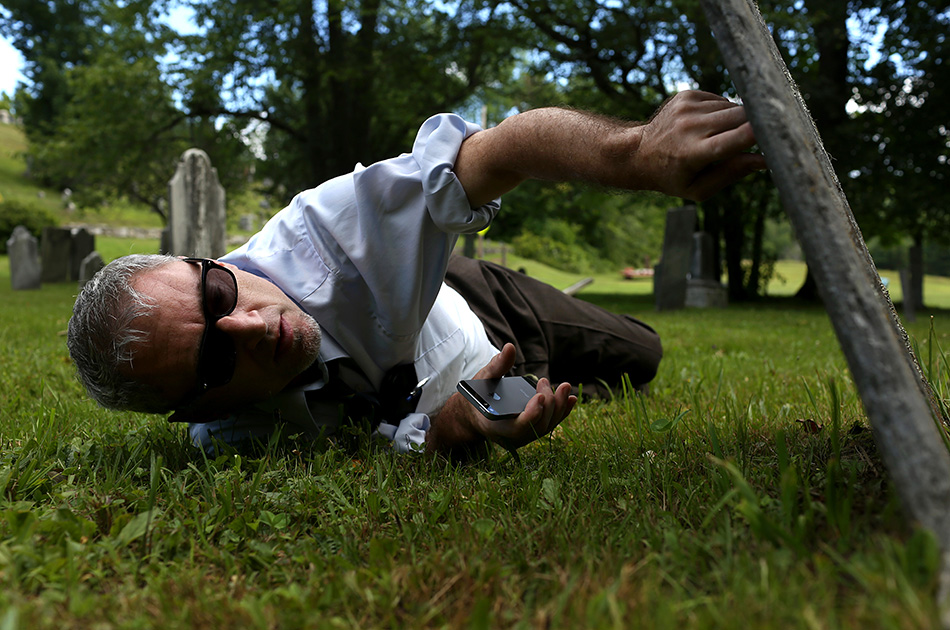 Speaking of the Main Street Museum, Director David Fairbanks Ford showed writer Nicola Smith some of his favorite gravestone etchings for an arts story, including this one in Woodstock, Vt. David’s fun to photograph, looking like he just stepped out of a MAD MEN set (he drives a looong 1970s Lincoln Continental). 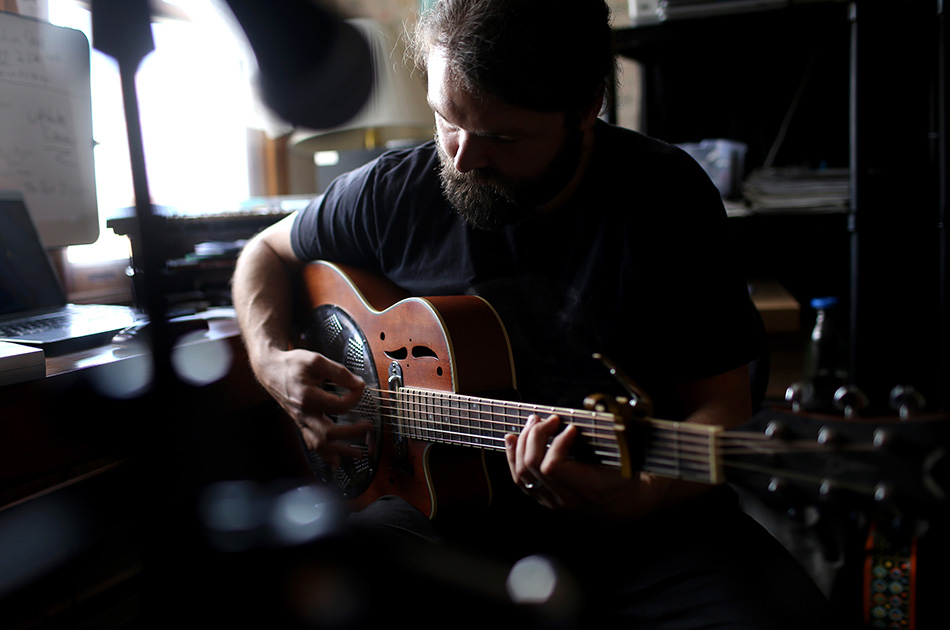 Patrick Ross is not only a talented musician, but also uses his creativity to establish events that support himself and his family. Patrick invites bands to come play with him in concerts at a Bradford, Vt., pub, then sells the recordings. His drive and determination is an inspiration. 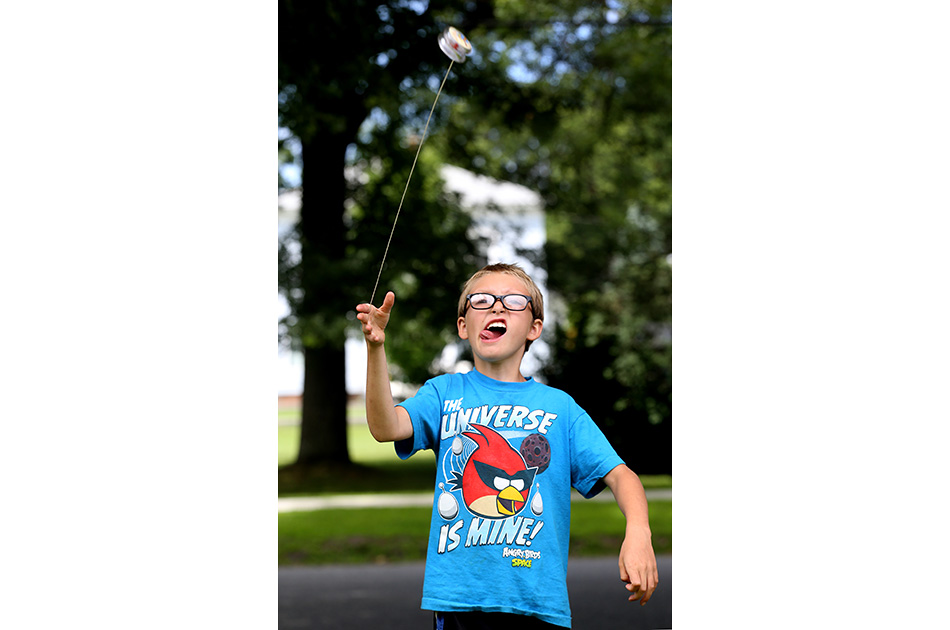 I knew I was ready to get this picture on the Yo-Yo Club in Windsor, Vt., but still pleasantly surprised when I saw it later on the computer screen. Reghan Allen’s facial expression (and the t-shirt!) made the photo. 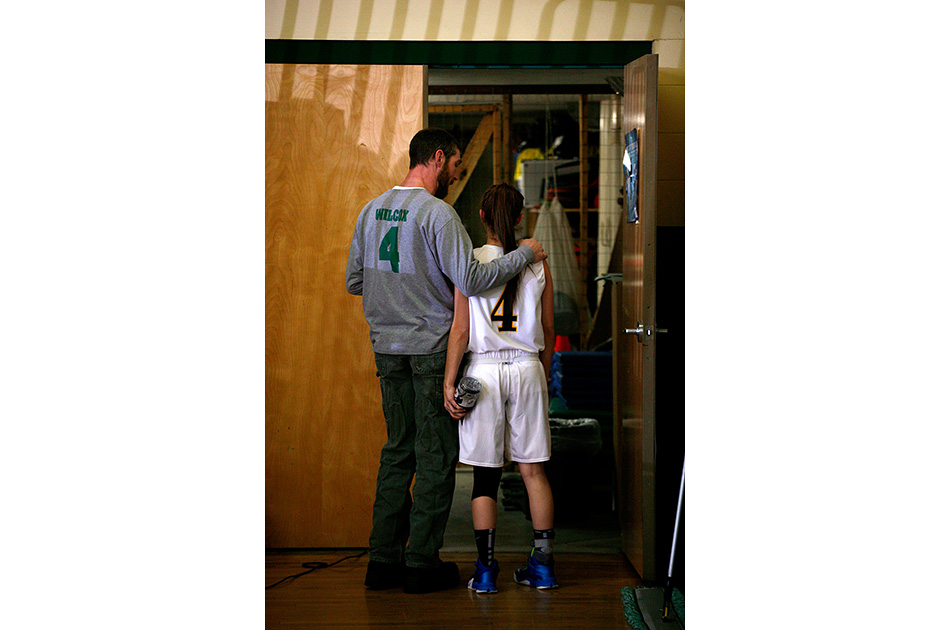 I saw Matt Wilcox, of Windsor, Vt., talking with his daughter Ashleay during halftime of a regular season game. As the father of a teenage daughter myself, the relationship between parent and child always catches my attention. 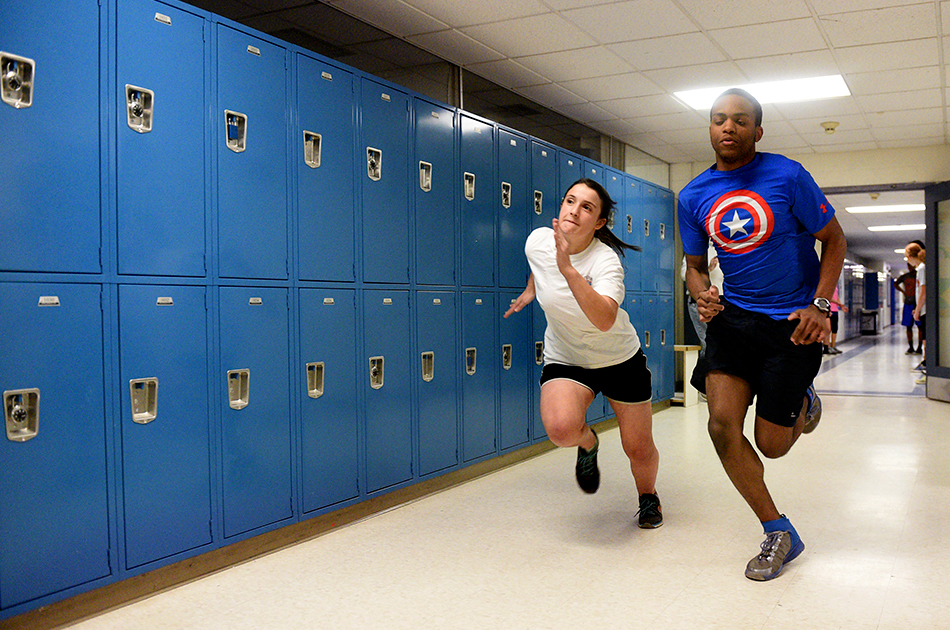 I don’t remember the reason I photographed this track practice at the last minute in the halls of Hartford High School in White River Junction, Vt., but I do remember not bringing my camera to work that day. I borrowed a staff photographer’s Nikon (I use Canon) and was trying to get the focus settings correct on the fly. Another daily miracle! 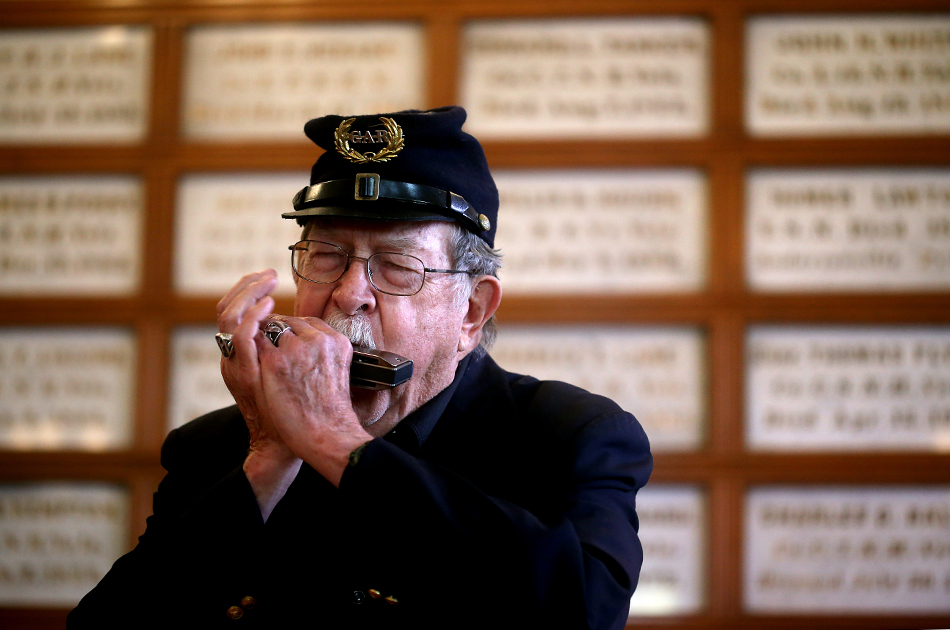 I have driven by the Soldiers Memorial Building in Lebanon, N.H., for decades, but had never been inside. Initially built to honor those who served in the Civil War, it is now a museum for all veterans with ties to the city. I was there for a ceremony, where Vernon Thomas Sr., of Salem, N.H., played a medley of BATTLE HYM OF THE REPUBLIC and WHEN JOHNNY COMES MARCHING HOME on his harmonica. 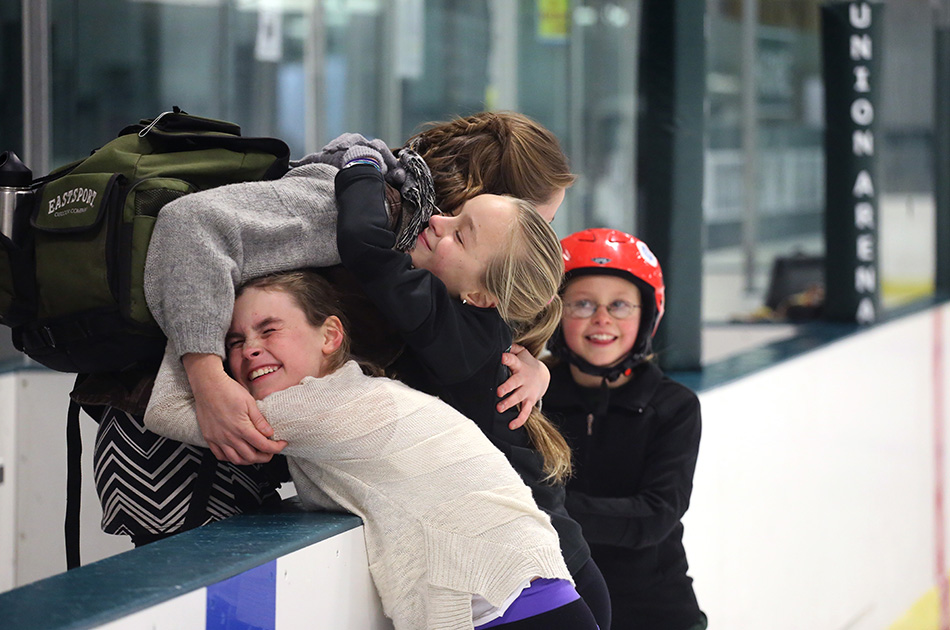 I was photographing a December practice of the Union Arena Skating Club in Woodstock, Vt., but was also waiting for coach Sarah Jo Damron-Brown to arrive. I caught the kids’ enthusiastic greeting out of the corner of my eye. Thank you auto-focus!

‘Faces in the crowd’ photos are interesting to look at – taken during a holiday basketball tournament, I like the added layer of teenage expression.