Thanks to Forbes Morrell’s attendance at a plumbing trade show, Vermont Lt. Gov. Phil Scott waved the green flag to start the NASCAR Nationwide series race at New Hampshire Motor Speedway in Loudon, N.H. Morrell, owner of Forbes Maintenance Services in Corinth, Vt., nominated Scott for the honor while at the trade show. Scott is also a race car driver, something he’s done since 1989 and before he became a politician. I photographed Scott and Morrell at Thunder Road International Speedbowl in Barre, Vt., the other night for a story we did for the Valley News. More photos from the event can be seen in the newspaper’s online gallery here. 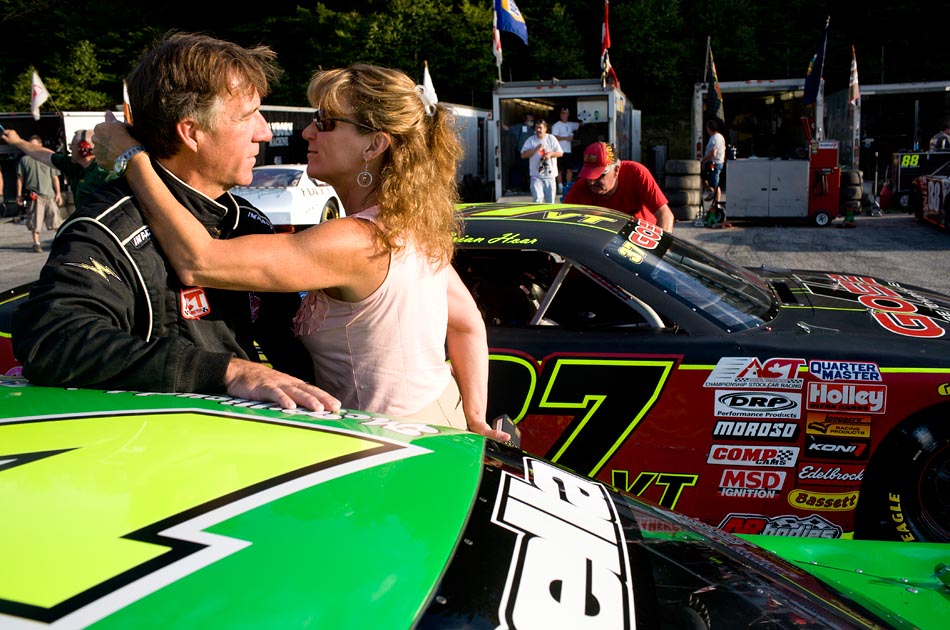 Driver Phil Scott, of Berlin, Vt., gets a good-luck hug and hiss from his wife, Diana Scott, before his late model heat race at the Thunder Road International Speedbowl.