On May Day, my sister paid to fly me to Washington D.C. to document the arrival of 100 Iowa veterans — including her father-in-law, Allan Wehrspann — to see the National World War II Memorial. They were part of a national program called the Honor Flight, which raises money to send veterans to the nation’s capital to see the memorial, completed in 2004. Over the three hours I was there, I saw Honor Flight groups from Alabama, Iowa, Michigan, Minnesota, New England, New York, and Washington. The Iowa veterans also saw other monuments and had a quick tour of the city before returning home to Fort Dodge, Iowa, on the same day. 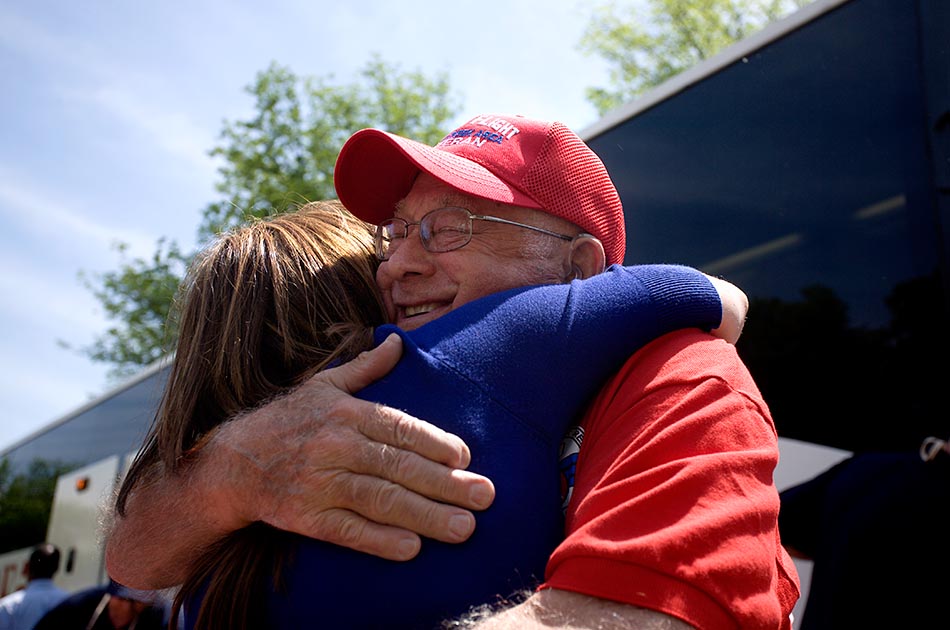 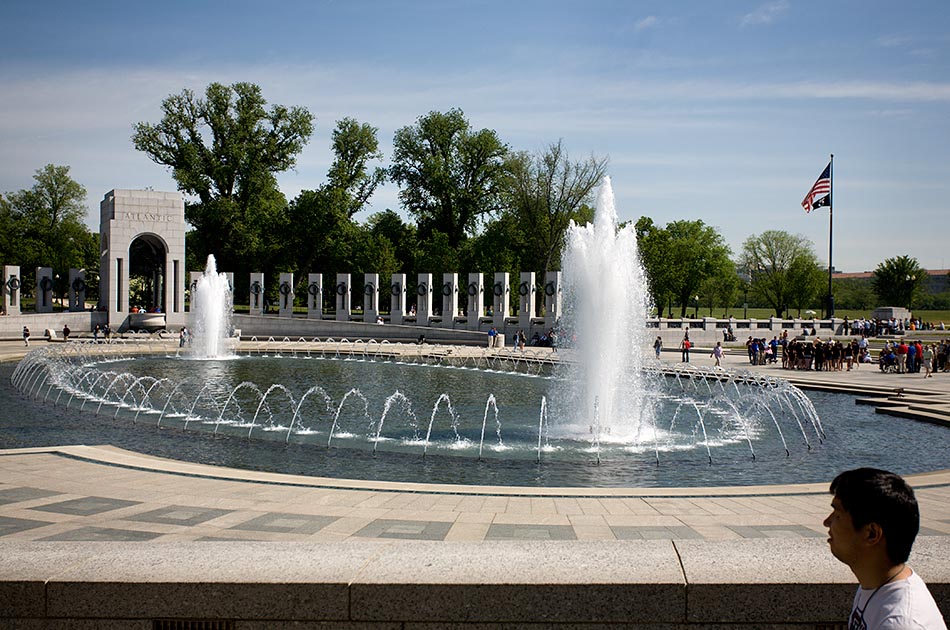 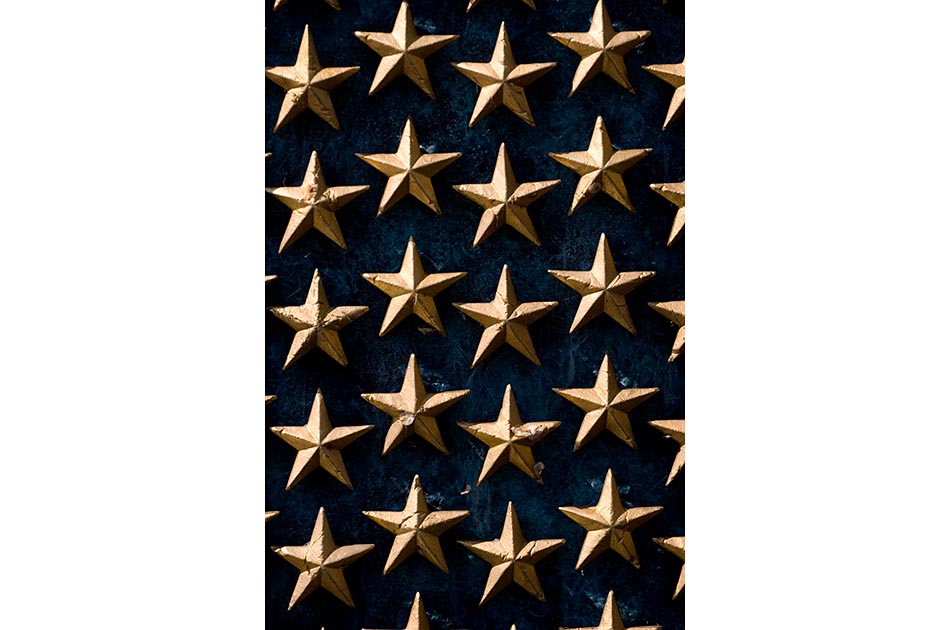 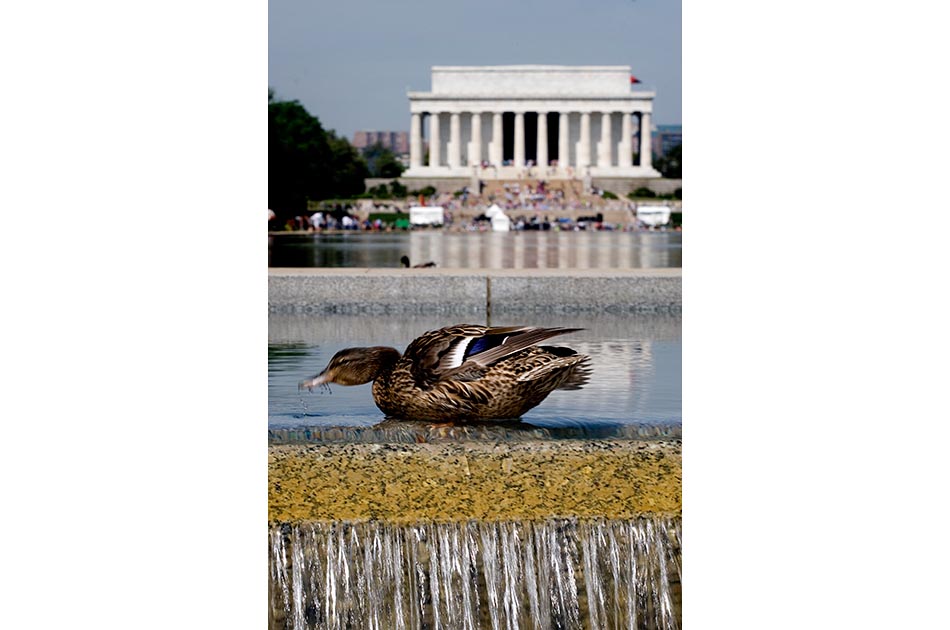 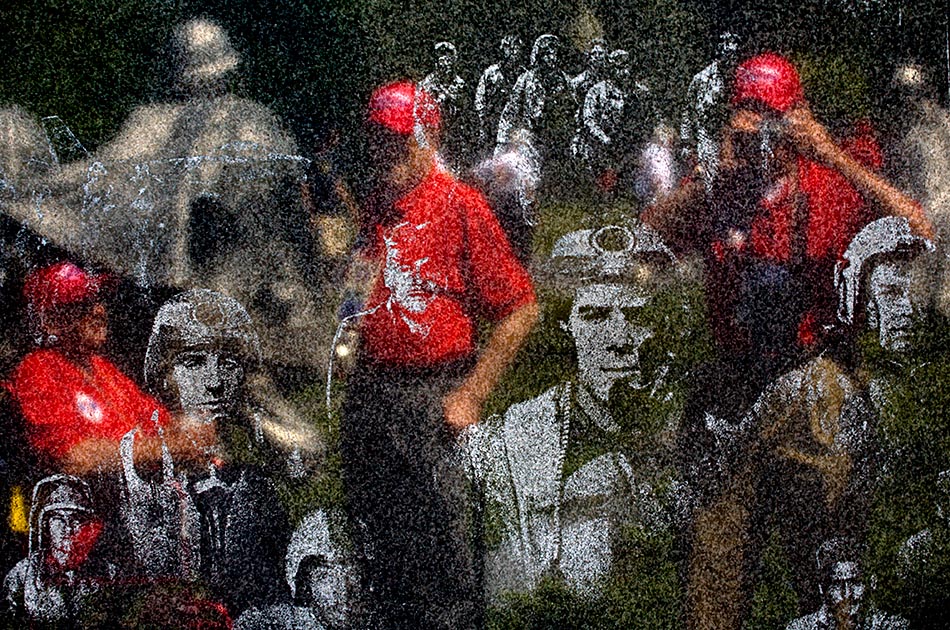 From top: When he got off the bus at the National World War II Memorial in Washington D.C., Allan Wehrspann of Ottosen, Iowa, was surprised to see his daughter Mary, who had flown in from St. Paul, Minn., with her two sons and daughter-in-law. Wehrspann’s two sons were guardians on the flight; completed in 2004, the memorial honors the 16 million veterans of the United States who served in the war; four-thousand stars at the memorial symbolize the 400,000 who died in the war; a female Mallard bathes in the reflecting pool that flows into the memorial — in the background is the Lincoln Memorial, where a national church service was held in the morning; Wehrspann, left, and two other veterans are reflected in the mural wall at the Korean War Veterans Memorial, which opened in 1995.