The other day, I said something to my wife that caught her attention as a writer. It doesn’t really matter what I said — the point is that it she wanted to use it as her own. “I might use that,” she said. “As long as I get credit,” I said. The conversation jogged my memory about a photo I made for the Valley News in May 1990, a Saturday Night Live skit I saw in Nov. 1991, and SNL comedian Dana Carvey. 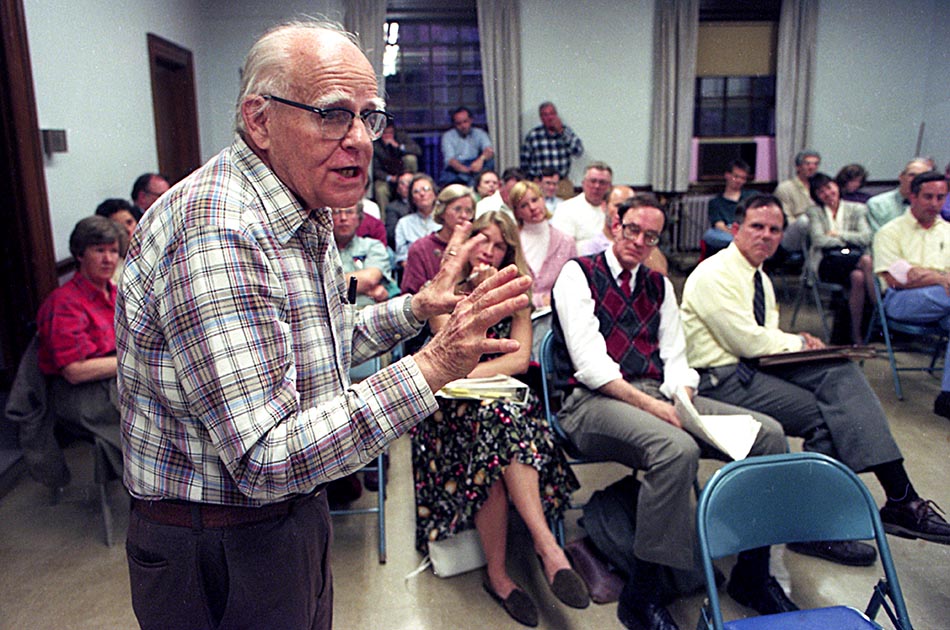 At a meeting in Hanover, N.H., I photographed a man speaking about the history of a non-maintained town road a family wanted to use for their new home. I thought he looked like one of Dana Carvey’s character’s on SNL, and sent a print to Carvey saying so.

Over a year later, I happened to see a skit on the show with guest host Kiefer Sutherland. His character’s name? Geoffrey Hansen (or maybe it was Jeffrey Hanson). Could be a coincidence, but the name of the game show was Whose Ass Should I Kiss?