To celebrate my wife’s upcoming 50th birthday, we were treated by my in-laws to a great Fourth of July in Boston. A Red Sox game in the hot sun at Fenway Park was followed by delicious seafood and then we watched the city’s big fireworks display from their apartment building (minus the crowd of 800,000 down by the river). 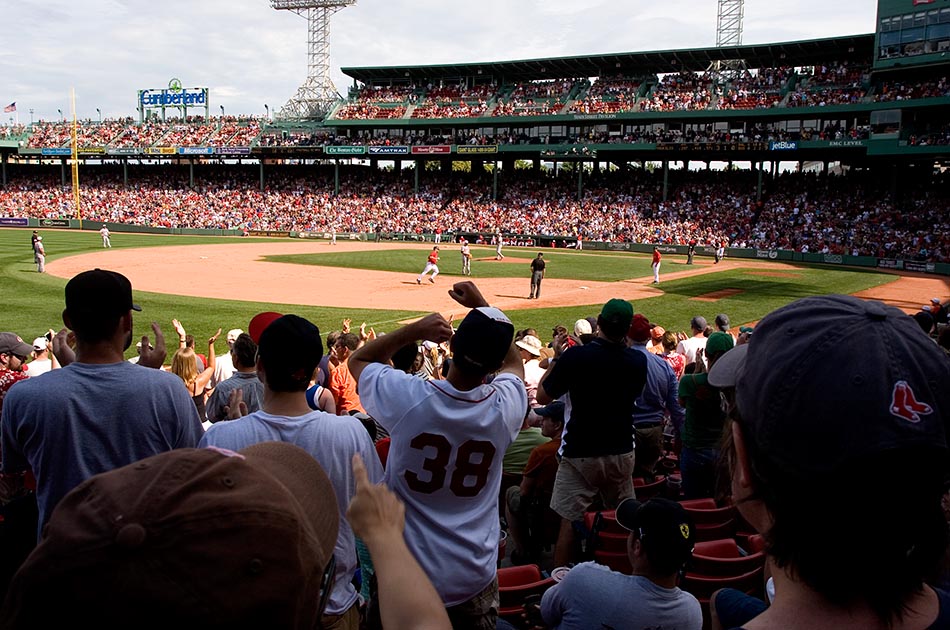 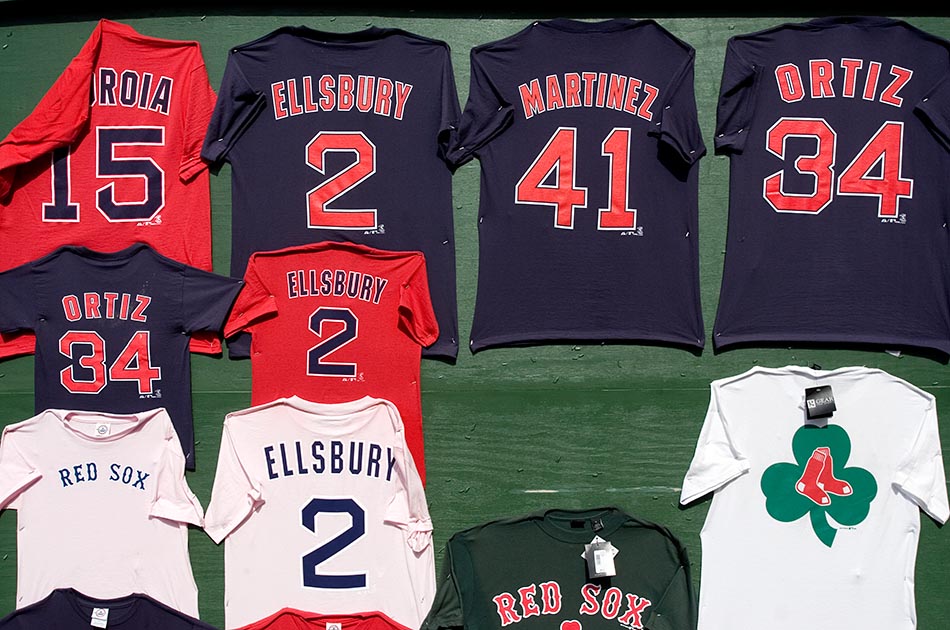 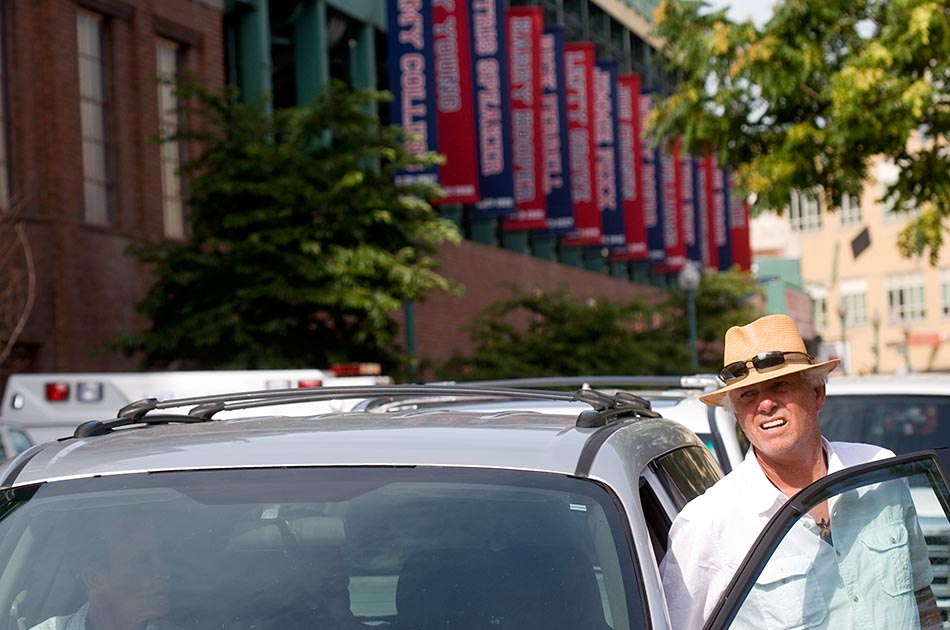 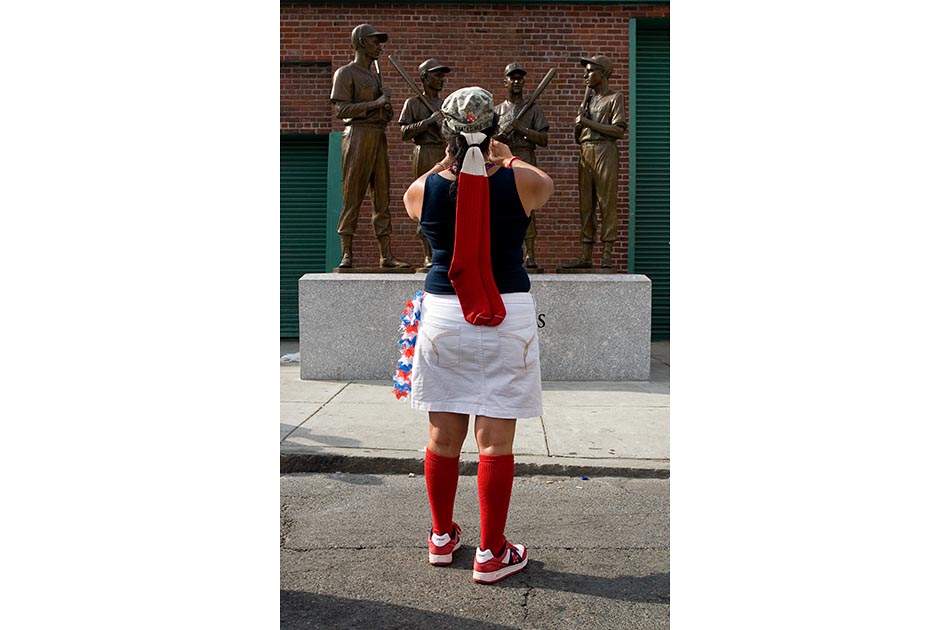 From top, fireworks on the Charles River could be seen blocks away from an apartment building on Massachusetts Avenue; a souvenir stand outside of Fenway Park shows jerseys of the team’s stars — except for designated hitter David Ortiz, all of the players are out with injuries (Ortiz’ ego might have been injured in the game against Baltimore because he didn’t get a hit). First baseman Kevin Youkilis rounds third base after hitting a ninth-inning home run over the Green Monster, the Red Sox only score of the game in the 6-1 loss; his attendance at the game recognized on the big screen, legendary Red Sox pitcher (and Vermonter) Bill “Spaceman” Lee left after the game in a minivan that was parked on Yawkey Way amongst the players’ Mercedes and Land Rovers; before heading home, a fan grabs a picture of the new sculpture “The Teammates” that shows Bobby Doerr, Dom DiMaggio, Johnny Pesky and Ted Williams from the Red Sox’ 1946 season.