The second story I photographed for the Weather Channel’s series on climate change was published over the weekend. Working with writer Matt Hongoltz-Hetling and editor Patty Cox, over the summer I documented elements of Vermont’s renewable energy efforts, from solar power to electric vehicles to zero-energy homes. I enjoyed exploring the topic and seeing the result! Follow this link to read the story and see a video that was also produced. 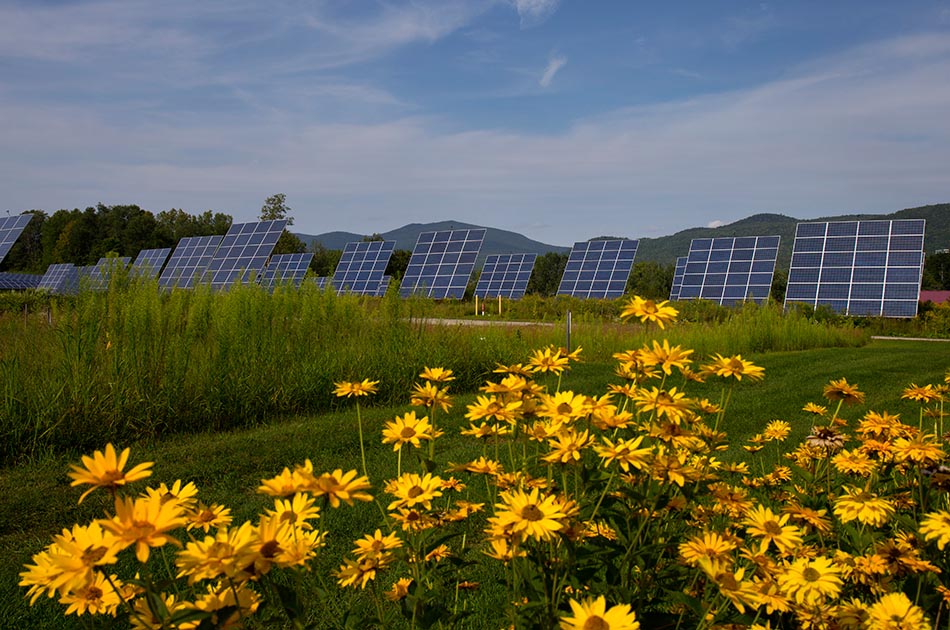 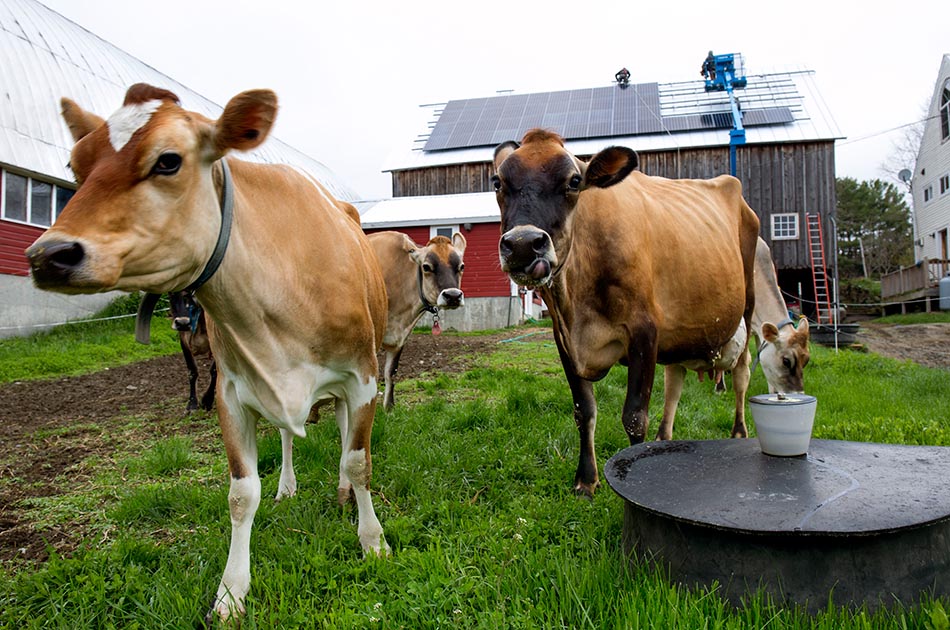 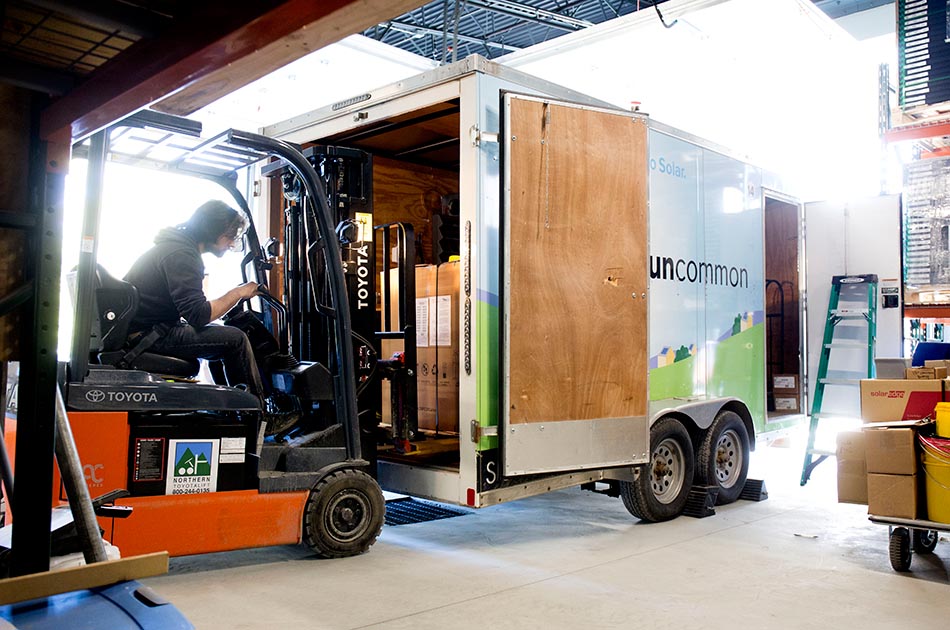 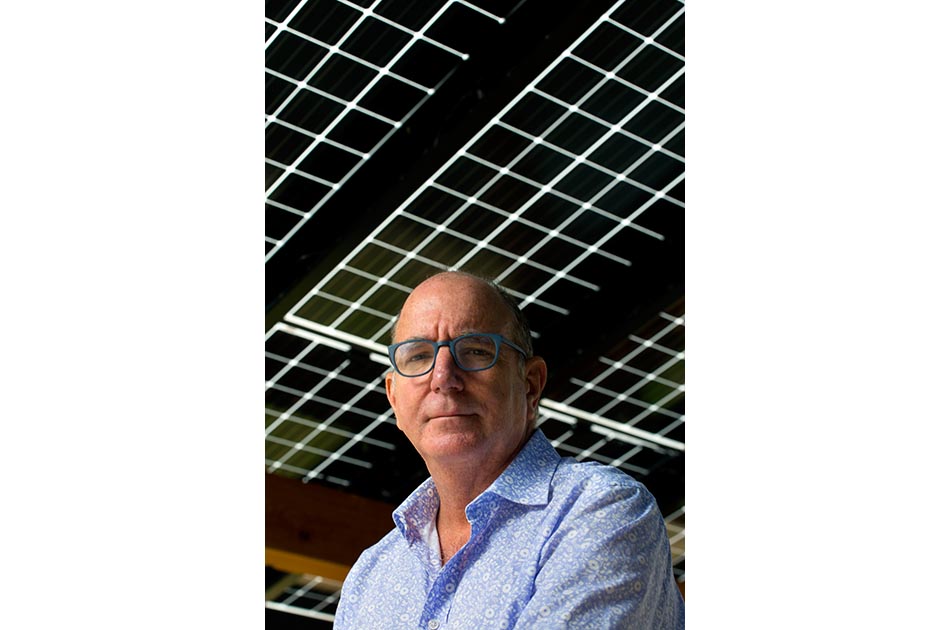 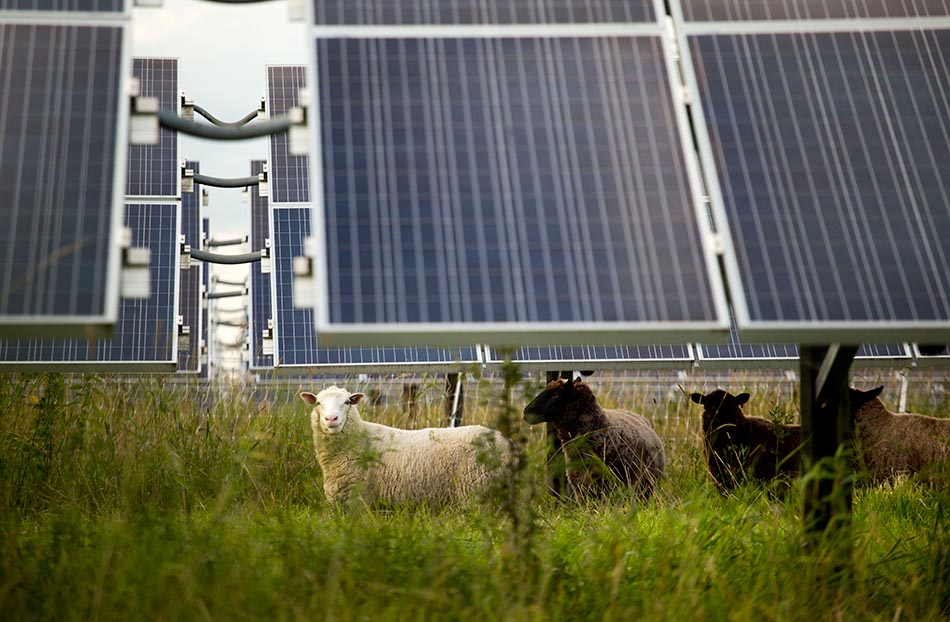 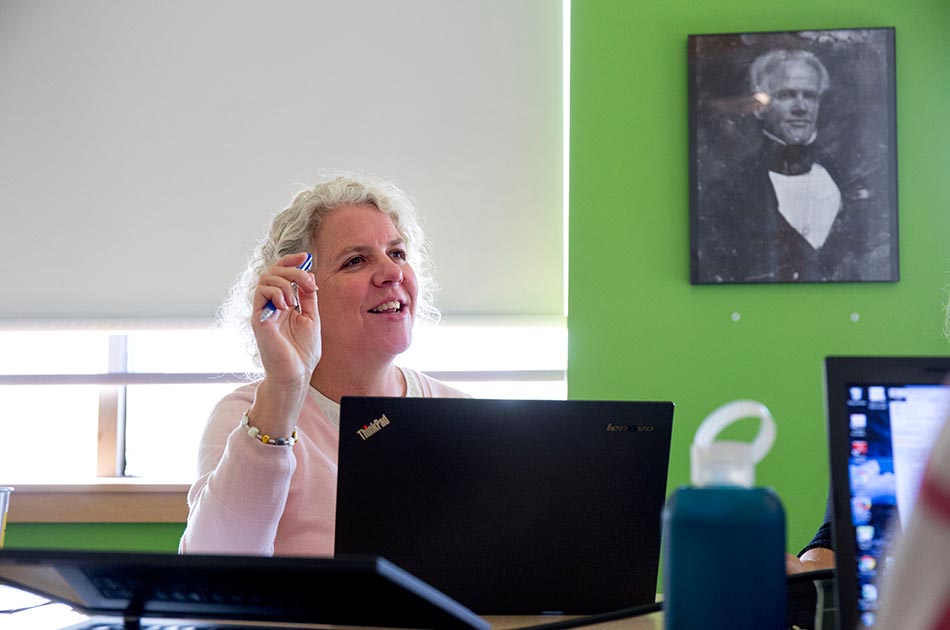 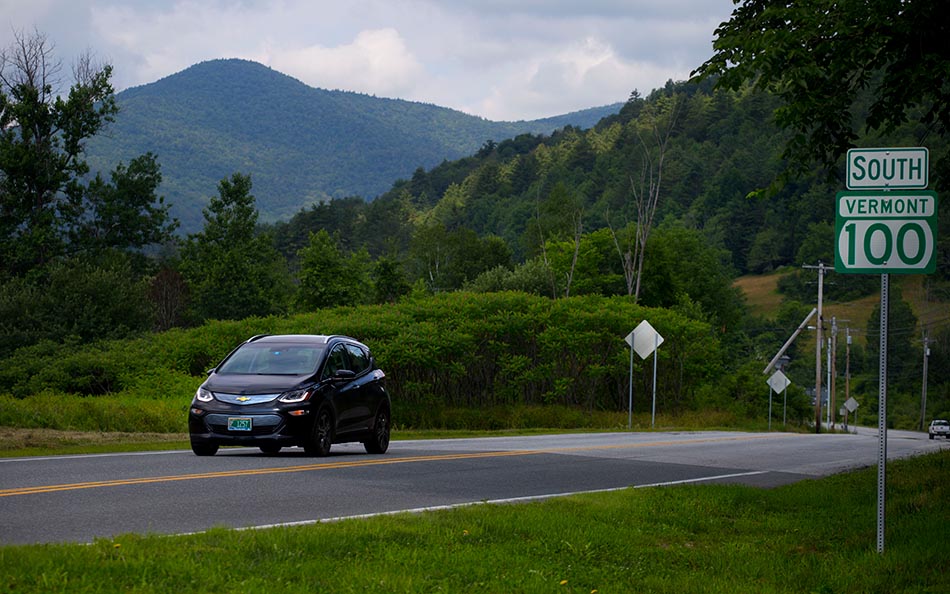 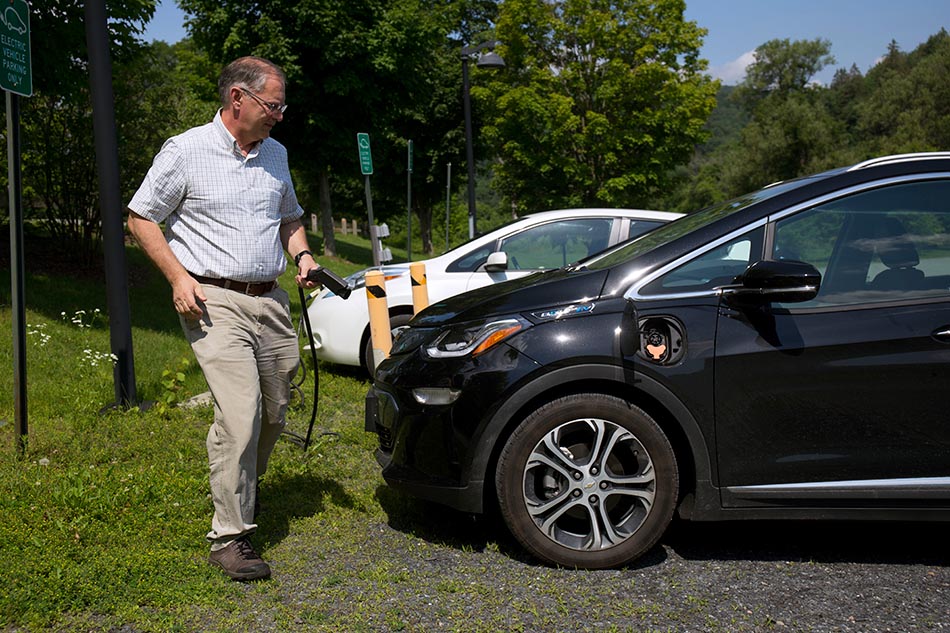 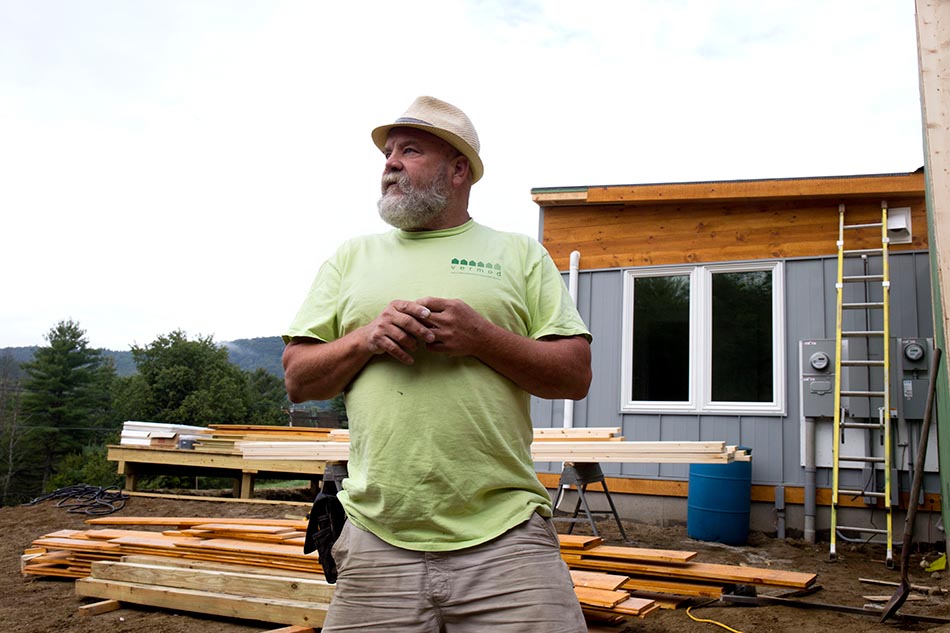 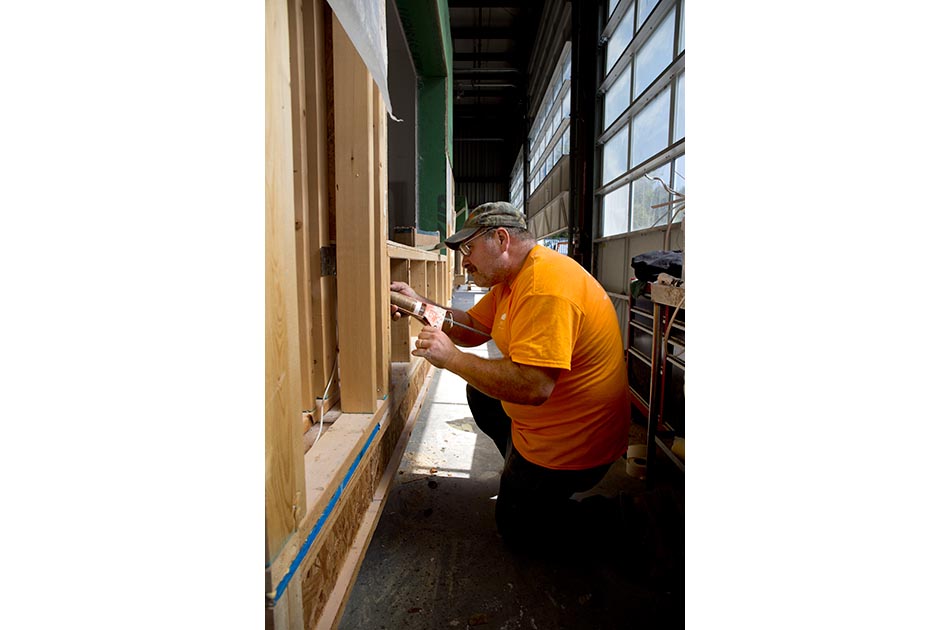 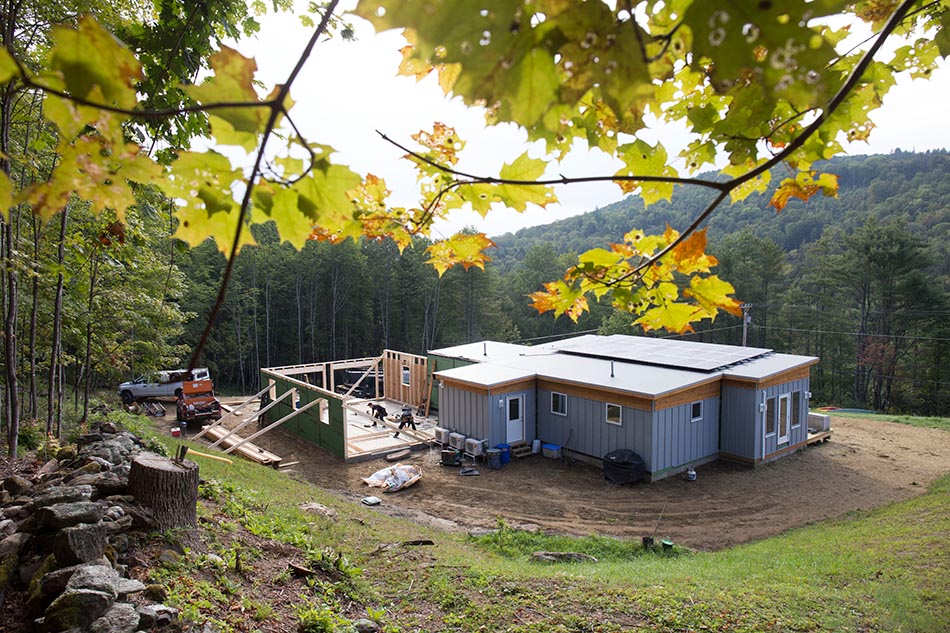 From top: Three solar projects have been installed near the Rutland Community Garden’s 50 plots, within view of the Green Mountains and Killington Peak, the second highest in Vermont. According to Green Mountain Power, Rutland is the Solar Capital of New England, with the most solar per capita of any city in the region; While 60 SunCommon solar panels are installed in an adjacent barn, Jersey cows are turned out to pasture after their morning milking at 4 Corners Farm in Newbury, Vt.; SunCommon Warehouse Assistant Evan Vaillancourt loads a pallet of solar panels into a trailer to be delivered to a job site at the company’s warehouse in Waterbury, Vt. The company’s 21 enclosed trailers are delivered with job-specific inventory — they average 15 installations a week in the summertime; SunCommon Co-President Duane Peterson below bi-facial solar panels, which absorb energy on both sides. Peterson and James Moore started the company in 2012 and the business has grown from 16 employees to over 70; Farmer Anna Hurlburt leads her flock of 50 Dorset Tunis sheep through the solar array at Open View Farm in New Haven, Vt. Hurlburt and her husband, Ben Freund, rotationally graze the sheep under the solar array owned by Cross Pollination Inc., which intentionally had the facility designed to allow for livestock grazing; The sheep graze under solar panels at dusk at Open View Farm. The 2.49-megawatt solar array was designed and built by Vermont-based groSolar in 2013 for Cross Pollination. The solar array generates enough power for 350 homes each year; Jennifer Wallace-Brodeur leads a morning transportation team meeting at the Vermont Energy Investment Corporation offices in Burlington, Vt. Wallace-Brodeur is the director of transportation efficiency at the VEIC; Kevin Jones, of Chittenden, Vt., travels on Route 100 in Stockbridge, Vt., near the Green Mountain National Forest. After owning two gas-electric hybrids, Jones decided to lease a Chevy Bolt electric car for his 80-mile roundtrip commute. Because its brakes regenerate the battery power, Jones said the downhill travel in the mountains compensates for its uphill climb; After arriving at work at Vermont Law School in South Royalton, Vt., Jones plugs his Chevy Bolt into a Level 2 charging station at the school. The school has seven charging stations, four which are the higher-powered Level 2 stations; Vermod Homes owner Steve Davis speaks with the construction crew foreman on the job site at one of Vermod’s modular home installations in Woodstock, Vt. The three-piece 1,500 square-foot home was built in VerMod’s facility in Wilder, Vt., and put together on-site; To help with its weatherization, laborer Tim Nunn caulks electrical boxes from the outside on one of the modular homes under construction at Vermod Homes in Wilder, Vt. “I haven’t seen a house as energy efficient as these,” he said; Carpenters Tyler Wheatley and Ben Parsons of Conniff’s Custom Building in Brookfield, Vt., build a garage on-site after a Vermod home was placed on the property in Woodstock. Doc Conniff said he has been working with Vermod Homes owner Steve Davis on jobs for 30 years.