As photo editor at the Valley News, I don’t get out-and-about every day. But when there’s a need for me to pick up the camera, I still enjoy it a whole lot. All of the photos below were taken in 2011. 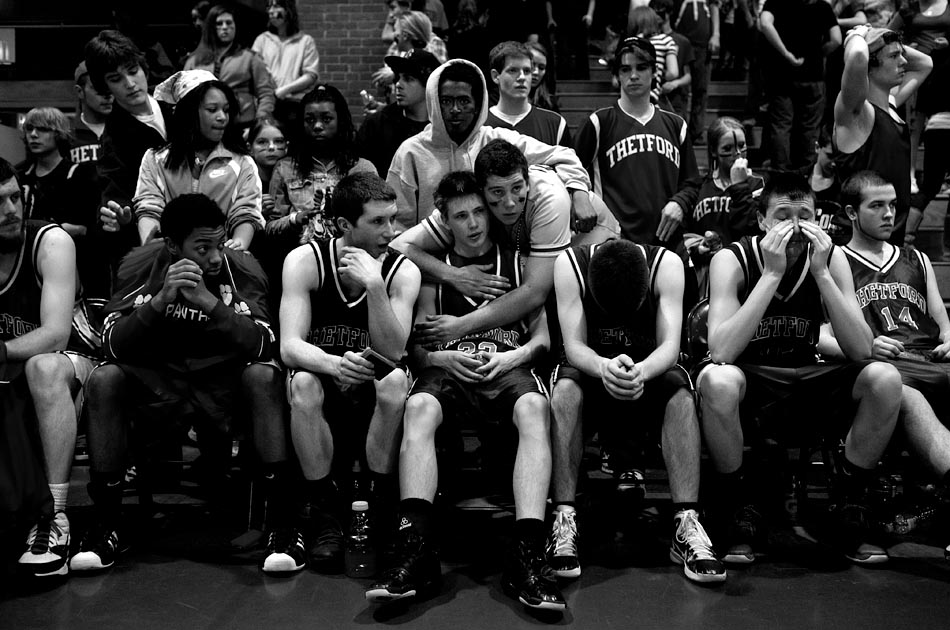 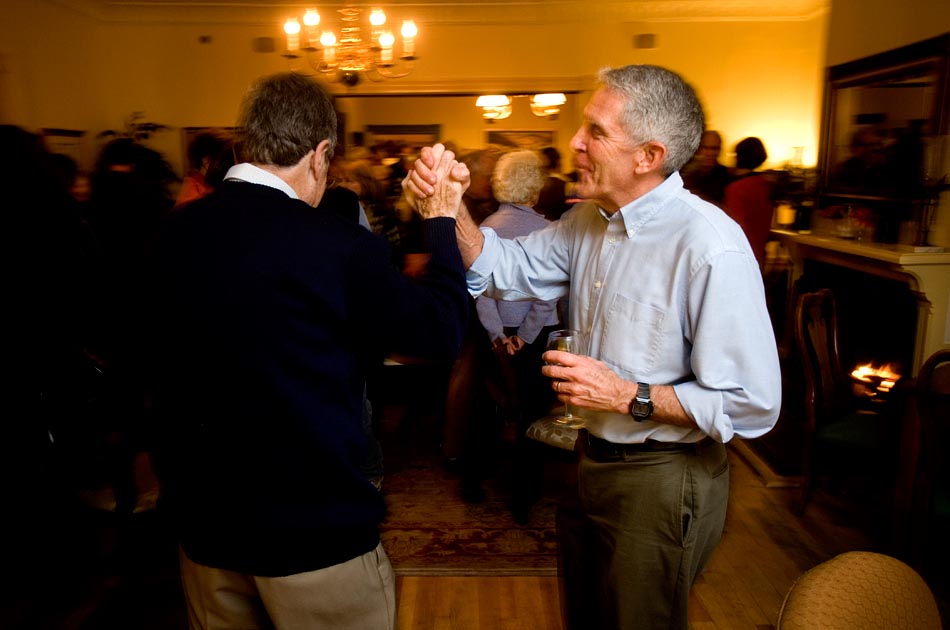 From top: Nicole Cormen, center, asks a question of Republican presidential candidate Jon Huntsman, left, at Kilton Library in West Lebanon, N.H. Cormen wanted to know Huntsman’s alternative if President Obama’s health care law were repealed; Congregationalists from Norwich’s five churches participate in an ecumenical prayer before the start of a three-day rummage sale at Tracy Hall in Norwich, Vt. With its donated items, the sale is staffed by volunteers from the churches; Members of the Thetford Academy boys basketball team react at the end of their 49-43 loss to Winooski in Barre, Vt.; Pete Silberfarb, left, of Norwich, Vt., congratulates outgoing town manager Pete Webster on the sale of his home during a reception held in Webster’s honor at the Norwich Inn; Mascoma’s Zach Warner is congratulated by his teammates after his interception stopped a Farmington drive late in their win.