Beginning today, I will have a larger role at the Valley News in producing the newspaper. While I’m still photo editor, I will be in the office full-time and my ability to help out with photography is going to be limited. This group of photos from this year’s baseball season reminds me what I love (and will miss) about photojournalism – there’s not constant action in front of you and it’s up to the photographer to stay a step ahead and to think about the story to be told. 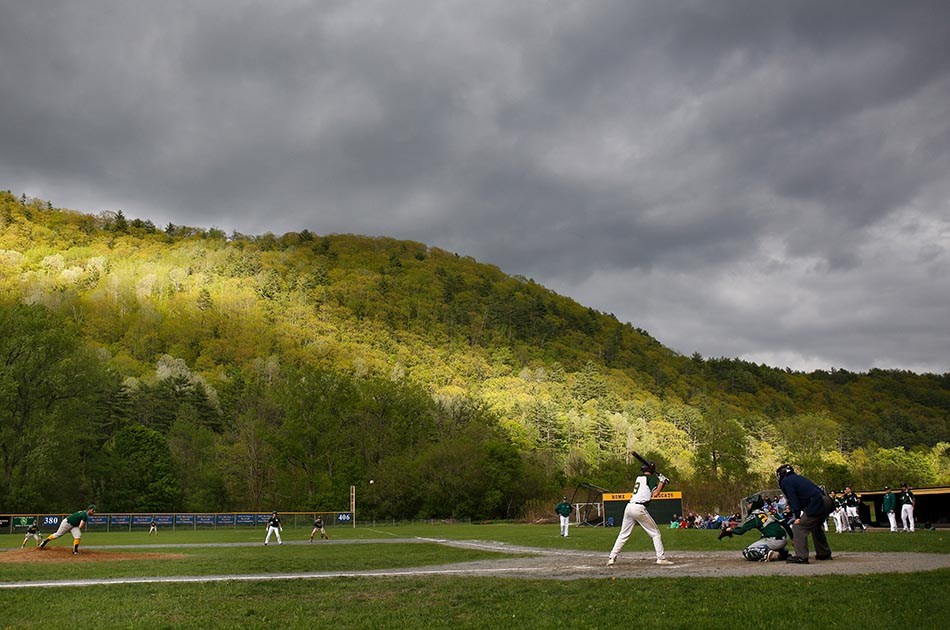 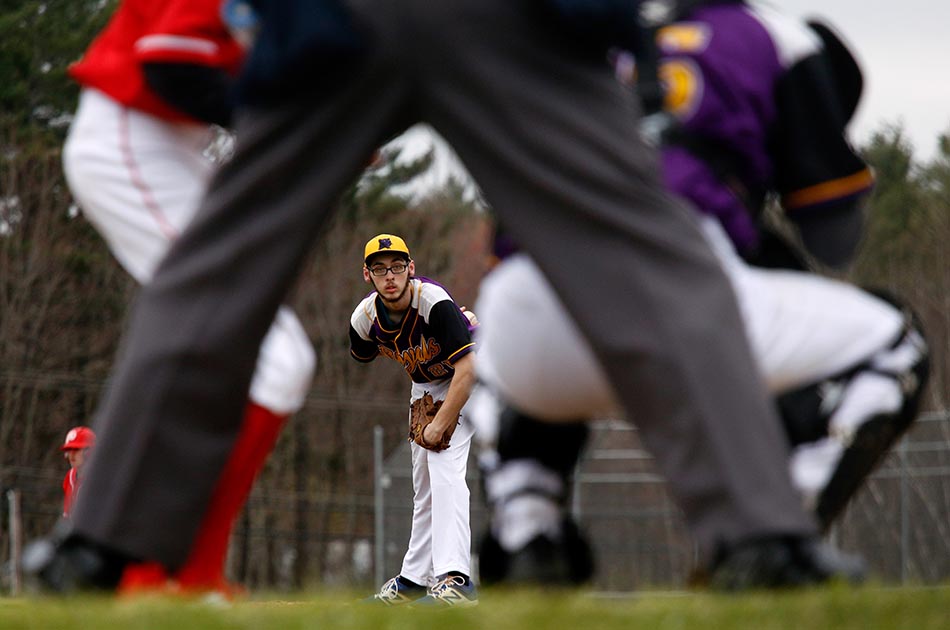 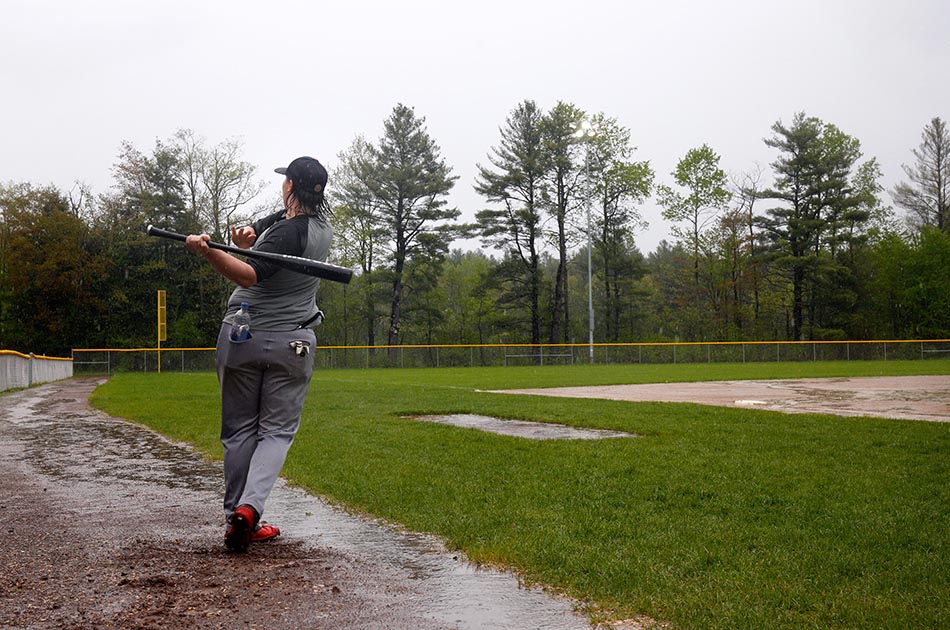 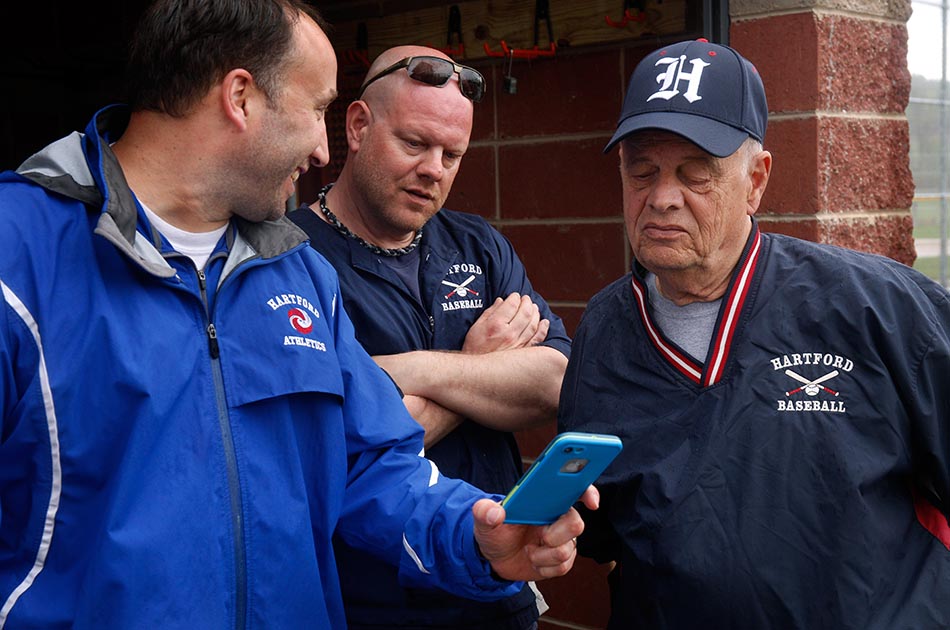 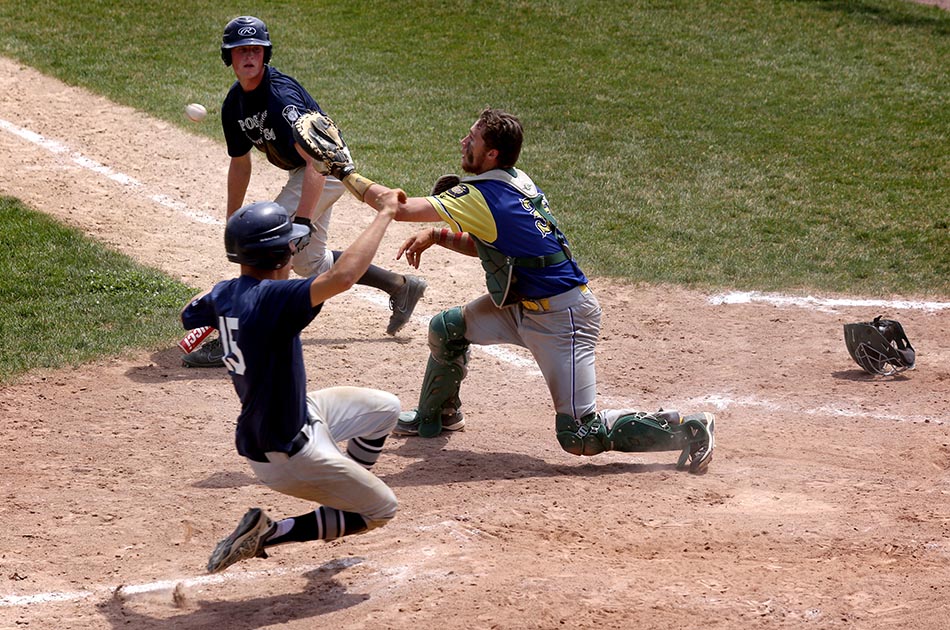 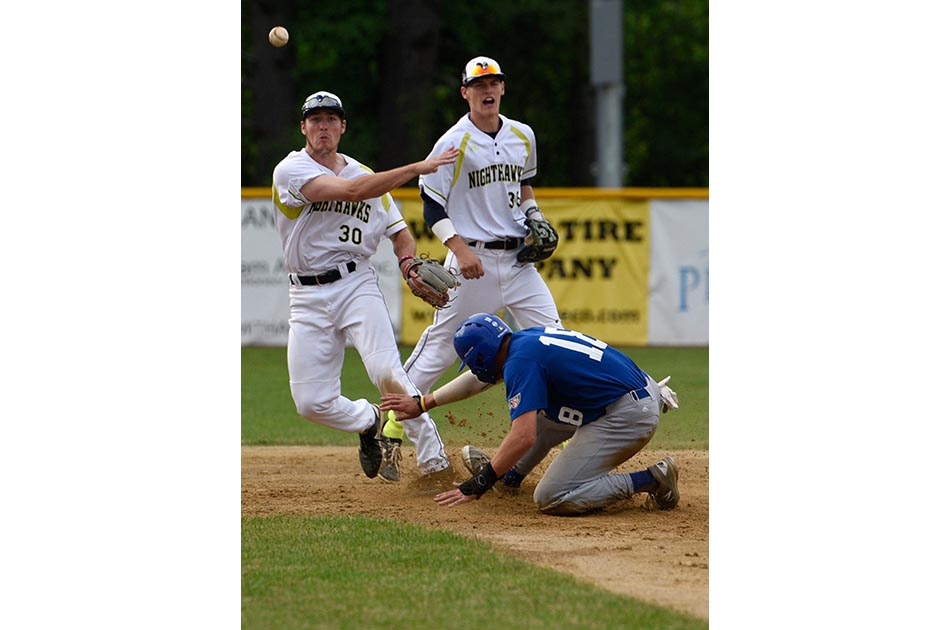 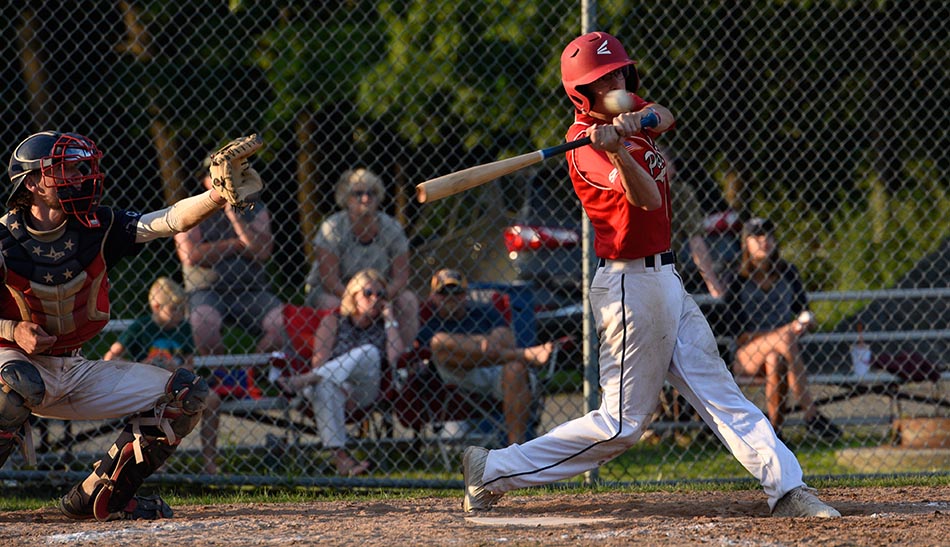 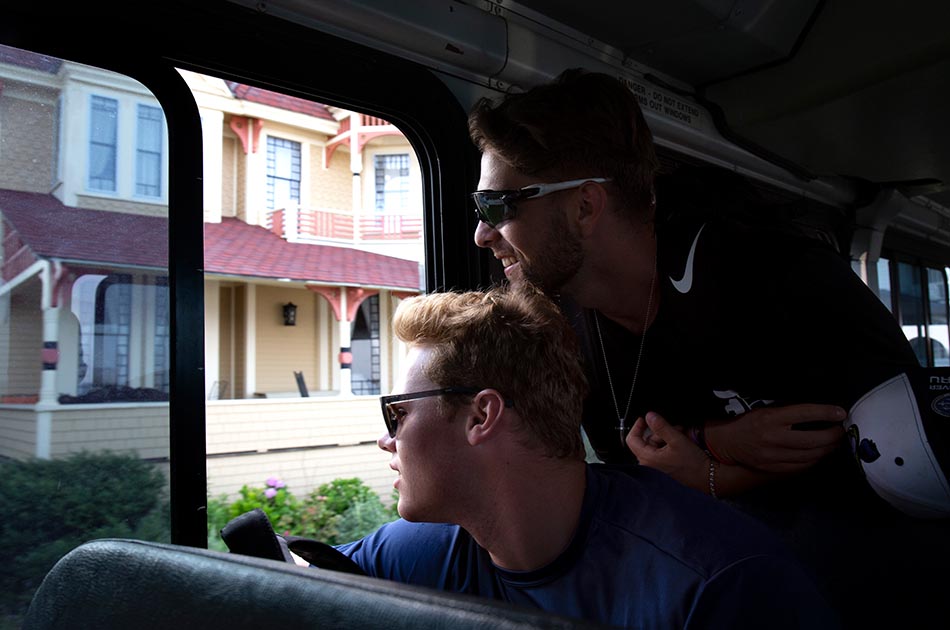 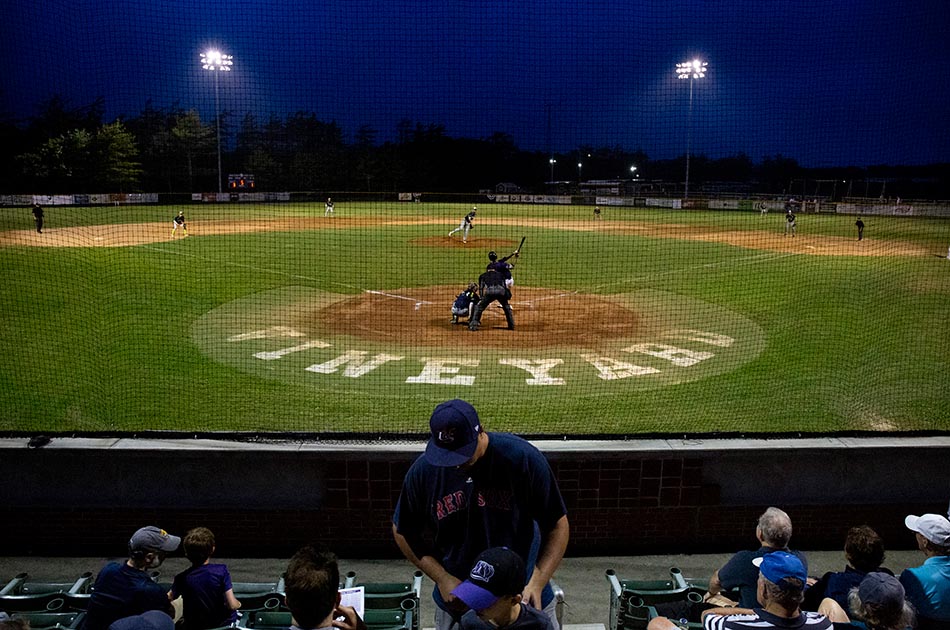 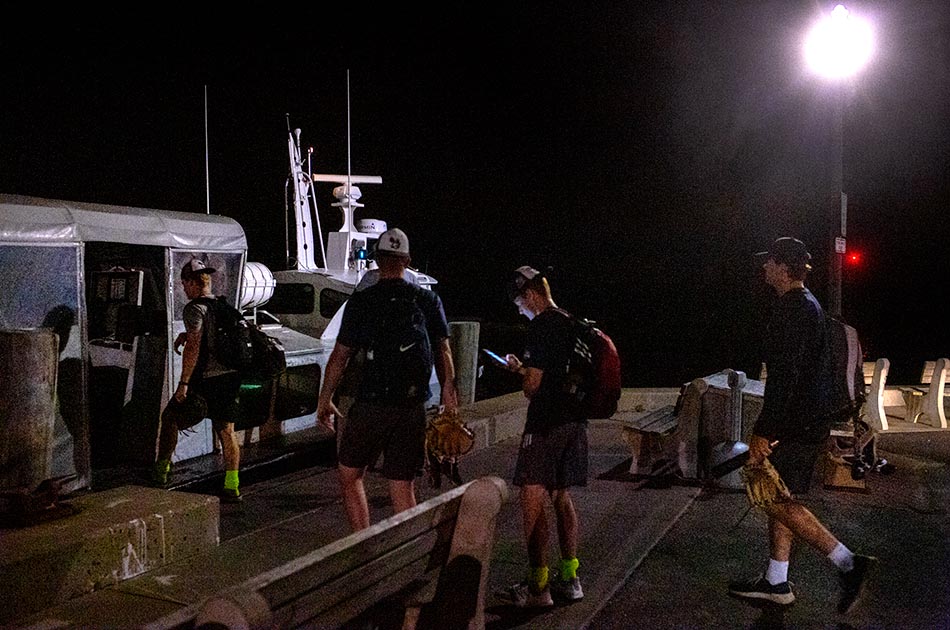 From top, The sun made a brief-yet-striking appearance during the Division III matchup between Green Mountain and White River Valley in South Royalton, Vt.; Relief pitcher Alex Jenness looks for the sign from catcher Michael Evans while throwing to a Laconia batter in the fifth inning of their game in West Canaan, N.H.; Hartford’s Zack Butterfield takes batting practice with sunflower seeds while drenching rain falls and shortens their planned doubleheader with Mount Anthony to a single game in White River Junction, Vt.; As rain continues to fall before their doubleheader with Mount Anthony, Athletic Director Jeff Moreno, left, shows Hartford baseball coaches Jarrod, center, and Dick Grassi the sunny conditions the softball team is playing under in Bennington, Vt., where rain was predicted; White River Junction Post 84 senior’s Alex Emerson beats the tag at home by Bennington Post 13 catcher Owen King as Post 84’s Tom Bissaillon watches in the seventh inning of the first game of their doubleheader in White River Junction; Upper Valley Nighthawks infielders Cole Frederick, left, and Adam Smith turn a double-play on North Adams’ Brian Picone and his teammate in the fourth inning of their game in White River Junction; Lebanon Post 22 senior’s Ethan Brueckner swings at a high pitch and strikes out in the seventh inning with the bases loaded against Laconia Post 1 in Lebanon, N.H.; Nighthawks teammates John Hosmer, left, of Charlotte, N.C., and Kellen Spann, of Meridian, Miss., check out the Martha’s Vineyard neighborhoods in Oak Bluffs, Mass., during a bus ride to play the Sharks; The Nighthawks’ Devin Beckley pitches to the Sharks’ Nander De Sedas as Andrew Cossetti catches in the fifth inning of their game in Oak Bluffs, Mass. New to the New England Collegiate Baseball League, the Sharks hosted the Nighthawks for the first time; Midway through their 13 hours of traveling to play baseball, the Upper Valley Nighthawks board a fishing trawler, departing Martha’s Vineyard for Falmouth, Mass., and eventually returning to White River Junction.