Lately, I’ve been working several night shifts at the Valley News, filling in for staff photographer absences. Arriving home bleary-eyed is not much fun, but I do enjoy photographing sports for its drama and the challenge to see the usual in a new way. Here’s a few of my favorites: 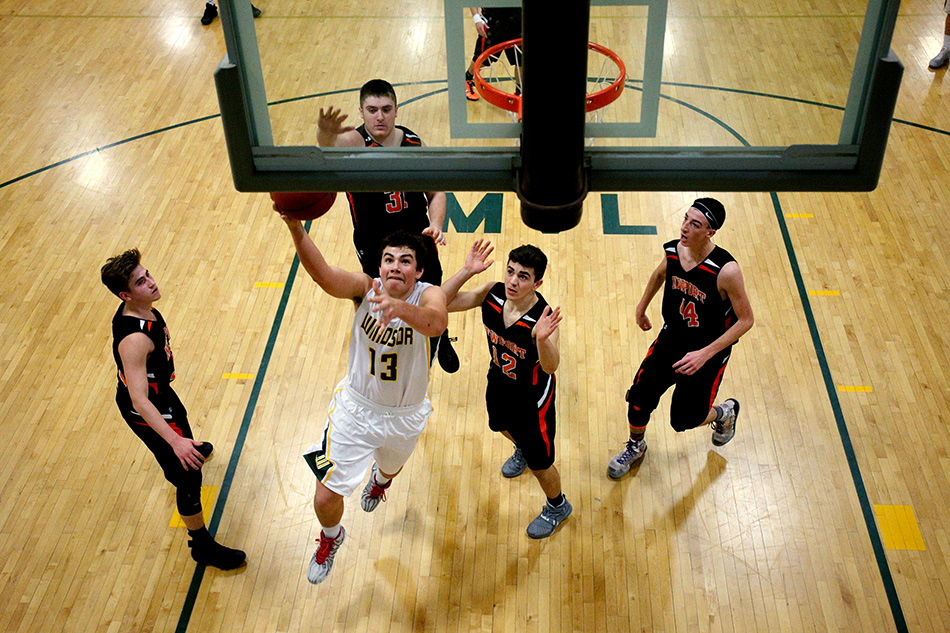 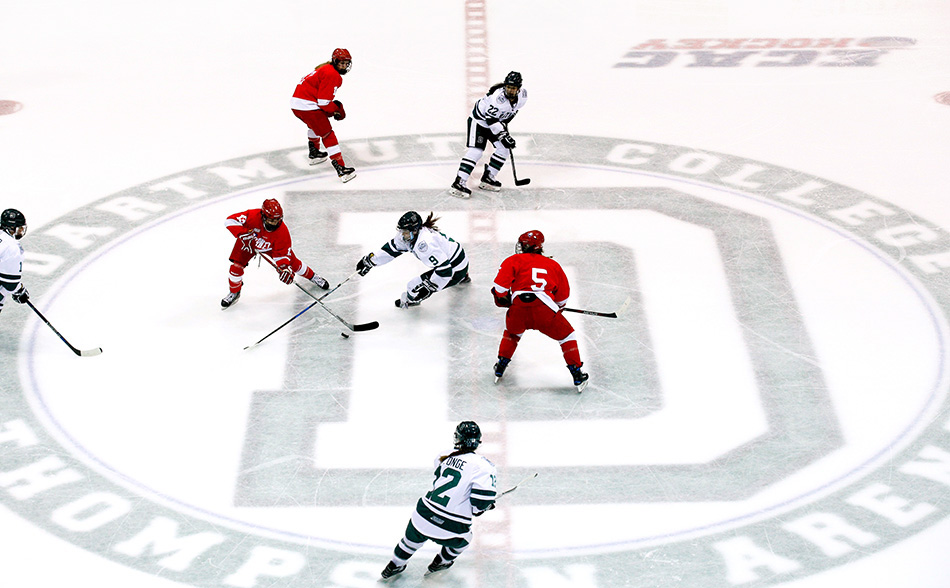 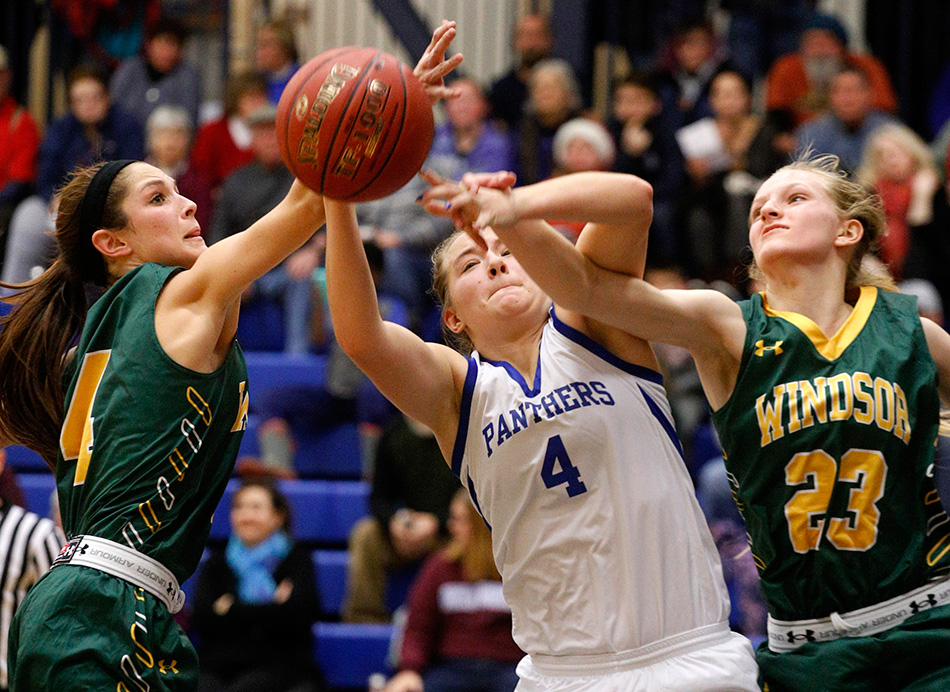 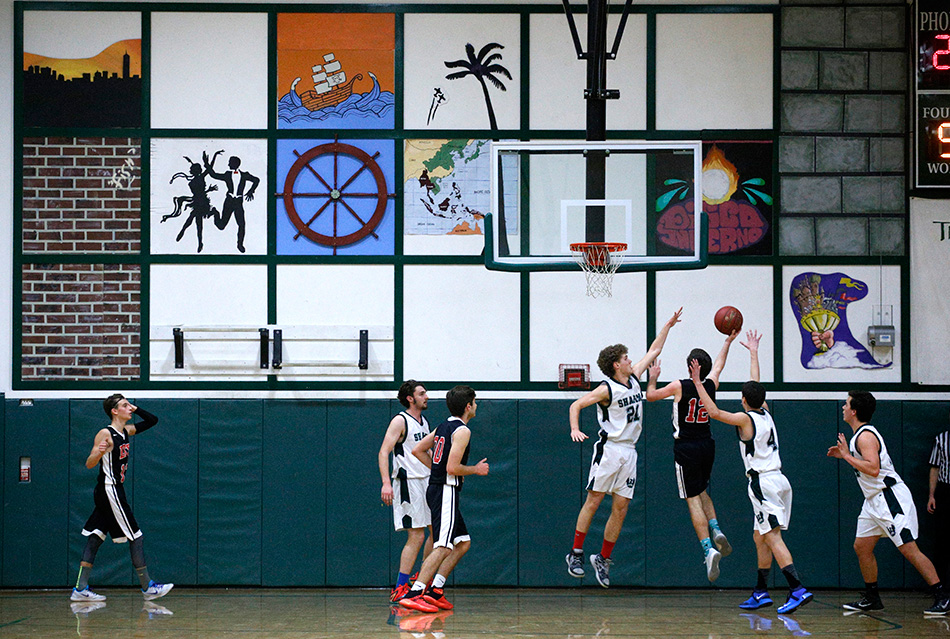 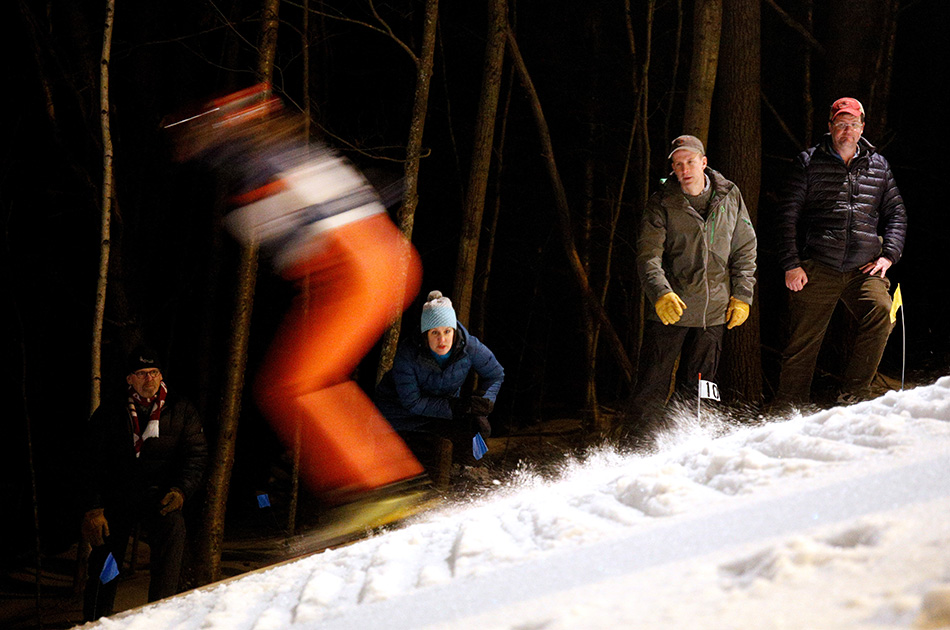 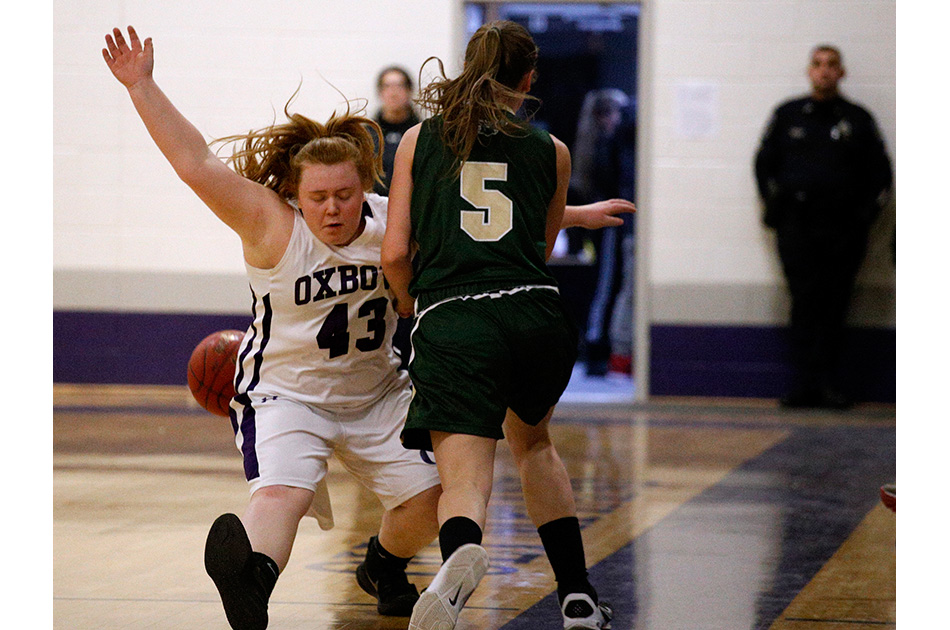 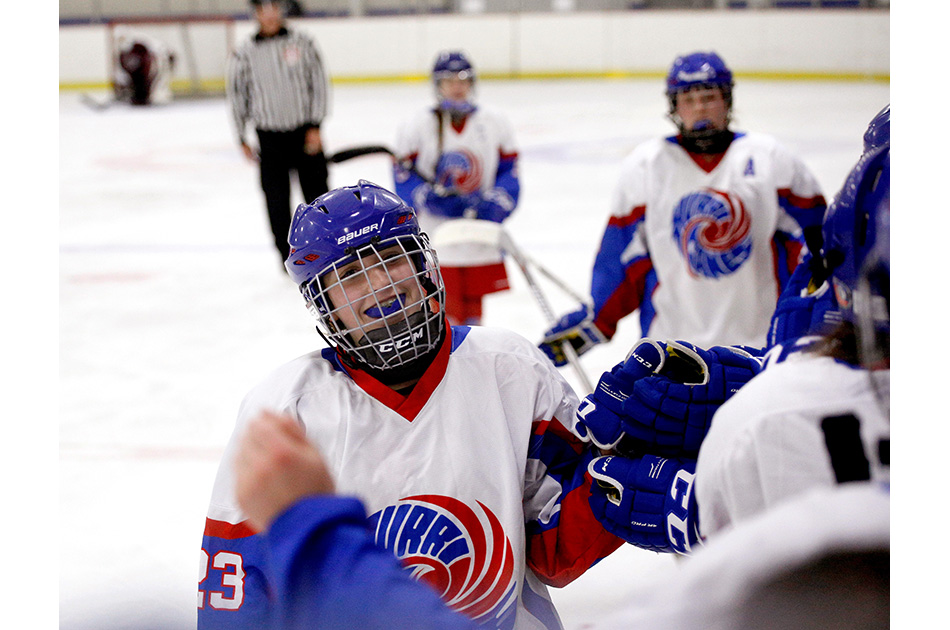 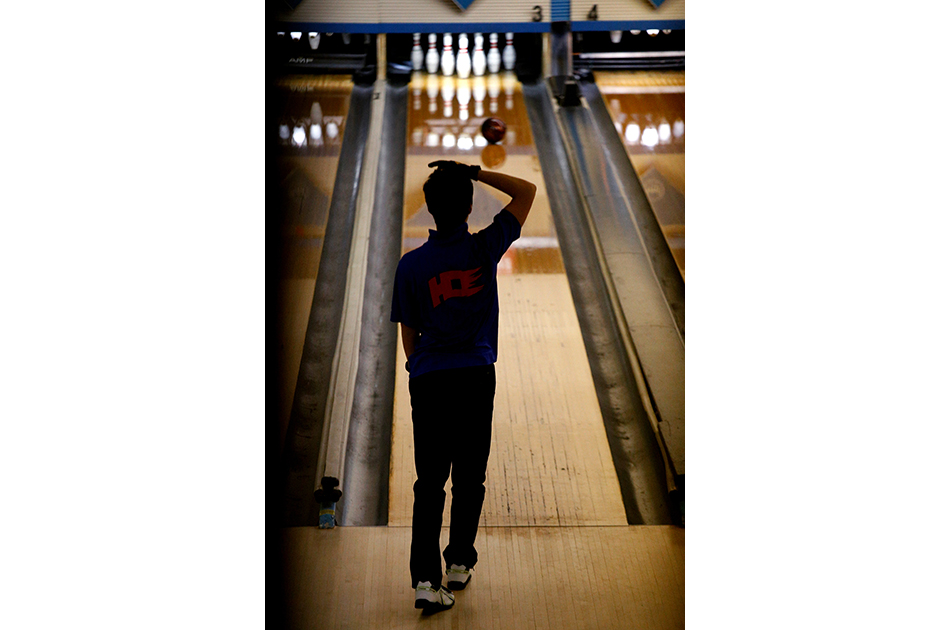 From top: Windsor’s Ben Meagher drives through the Newport defense by (from left) Ethan Houde, Cole McNamara John Thibault and Noah Wood in the third quarter in Windsor, Vt.; Dartmouth’s Eleni Tebano (9) challenges Cornell’s Valerie Audet for control of the puck at center ice early in the second period of their Ivy League game in Hanover, N.H.; Thetford’s Danielle Robinson (4) vies for a rebound with Windsor’s Ashleay Wilcox, left, and Anika Abrahamsen in the first half of the game in Thetford, Vt.; Long Trail’s Will McCullough (12) splits the defense by Sharon’s Harvey Kelley (21) and Joshua Amodeo in the second half of the game in Sharon, Vt.; Lisa Johnson, of Hanover, N.H., center, Eric Colberg, of Lyme, N.H., second from right, and Steve Kahl, of Hanover, right, work as volunteer markers on the 20-meter jump at a five-team meet in Hanover. Their children also compete on the Hanover High School team.; Oxbow’s Shirley Hayward draws a charge from Montpelier’s Maggie Barbero-Menzel while pressing in the first quarter of their game in Bradford, Vt.; Hartford sophomore forward Jasmine Wilson is congratulated by her teammates after scoring a hat trick against North Country-Lyndon in White River Junction, Vt.; Hartford sophomore Cole Gardner-Buisson watches his roll progress while warming up with his teammates before the start of a four-team match in Springfield, Vt.