Last fall, I photographed Floyd McPhetres as part of the Our Town photo project. In 1998, he started the Central Vermont Tractor Club for a group of local tractor aficionados. They get together twice a year to plow a farmer’s field — I told Floyd I would be interested in covering it for the Valley News, which I did last weekend. “For some reason, tractor clubs tend to attract nice people,” he said. I agree.
More photos from the event can be seen in the newspaper’s online gallery here. 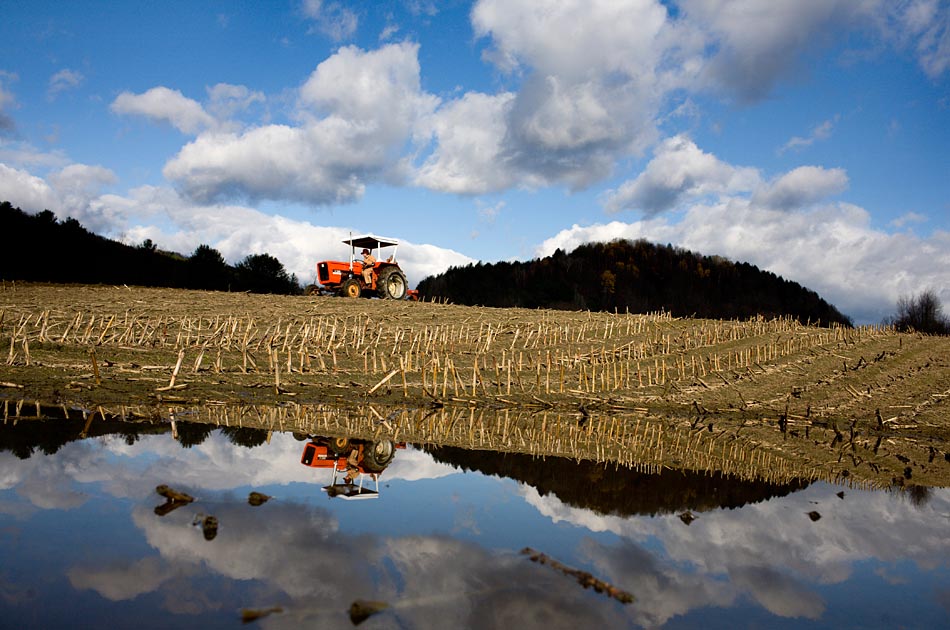 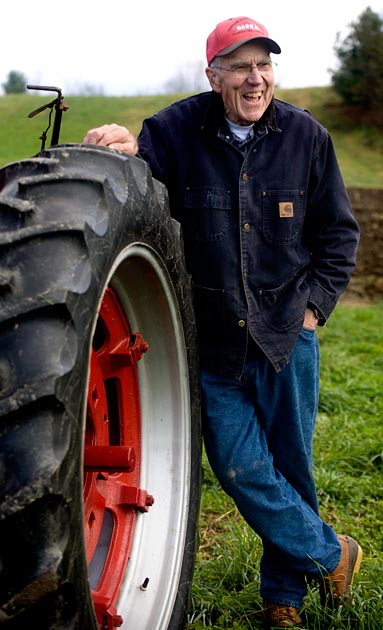 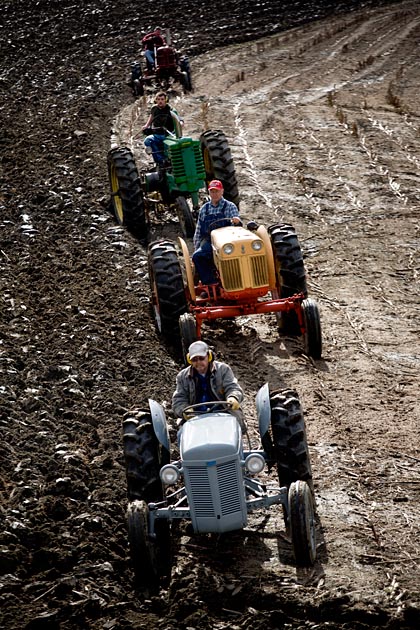 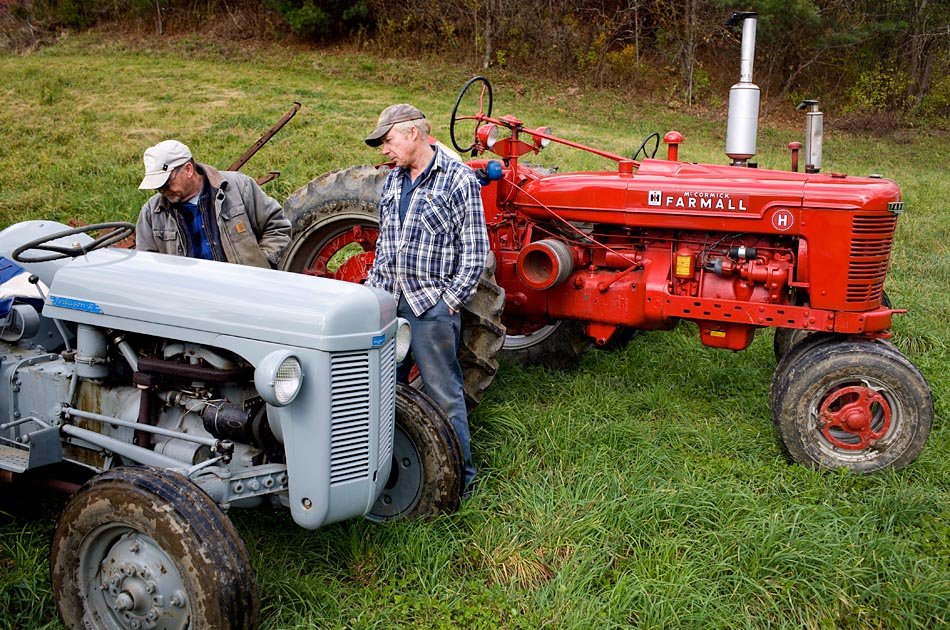 From top: With puddles remaining from this fall’s wet weather, Bob Bushway, of South Strafford, plows at White Rock Farm in Royalton, Vt., with his 1980 Allis Chalmers AC 5040. The annual plowing day was postponed a week due to wet weather; Floyd McPhetres, of Tunbridge, Vt., laughs while leaning on his 1951 Farmall H before the start of the club’s annual fall plowing day. His tractor was bought new by a neighboring Royalton (Vt.) farmer. McPhetres started the club in 1998; Ronald Schoolcraft, of Randolph Center, Vt., leads a quartet of club members plowing under a corn field. Behind Schoolcraft are, from right, Gordon Conant, or Randolph, Allen Williams, of Randolph Center, and Chris McPhetres, of Royalton; Schoolcraft shows Joe Williams, of Randolph Center, the work he has done to his 1952 Ferguson TO30 after the club finished plowing 12 acres of corn at White Rock Farm. Williams came to the event to help his two sons set up their tractors and to watch.