It was one of those days: last Saturday, I photographed an engagement portrait in the afternoon, later in the day went to a 50th birthday “prom” party and finally crossed the street to photograph the River City Rebels (below) and a couple of other bands for the Valley News. It’s what I love about being a photographer; being a part of all walks of life, in just a few hours. 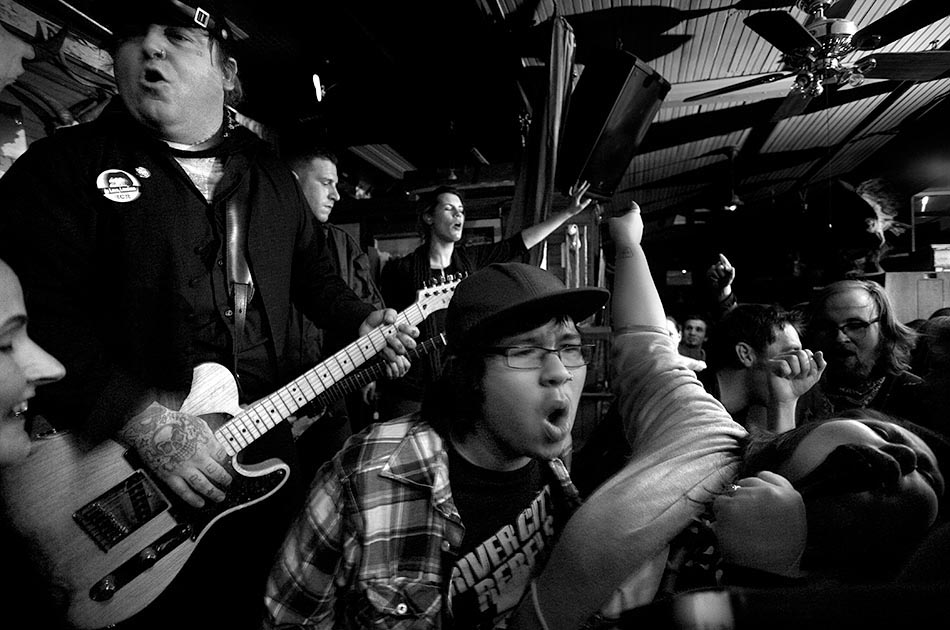 Jordan Vorachak, center, and his sister Courtney, who are both from Plymouth, N.H., took up an invitation from River City Rebels lead singer Dan O’Day (at left) for everyone to sing “Small Town Pride” from the band’s 2001 album, “Playing To Live, Living To Play,” at a five-band performance at the Main Street Museum in White River Junction Saturday night.