In the first week of November, I tagged along with Carl Diener while he explored the woods to hunt deer in the waning days of muzzleloader season in Hanover, N.H., for a Valley News story. Oblivious to a steady rain, Diener spent the afternoon waiting for his prey while warm in wool. “I like the old way of doing things,” he said. “You feel like you’re actually accomplishing something.” 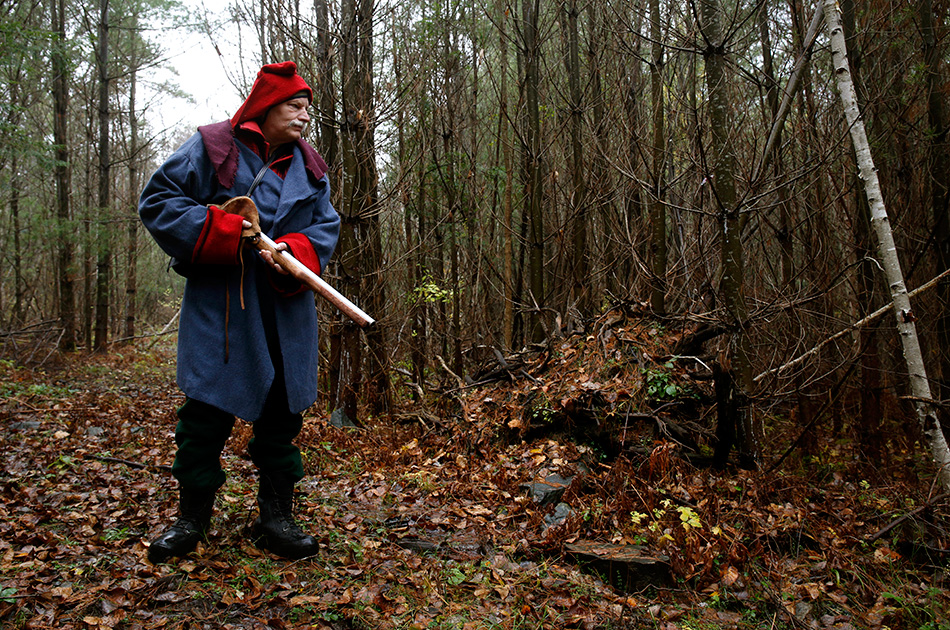 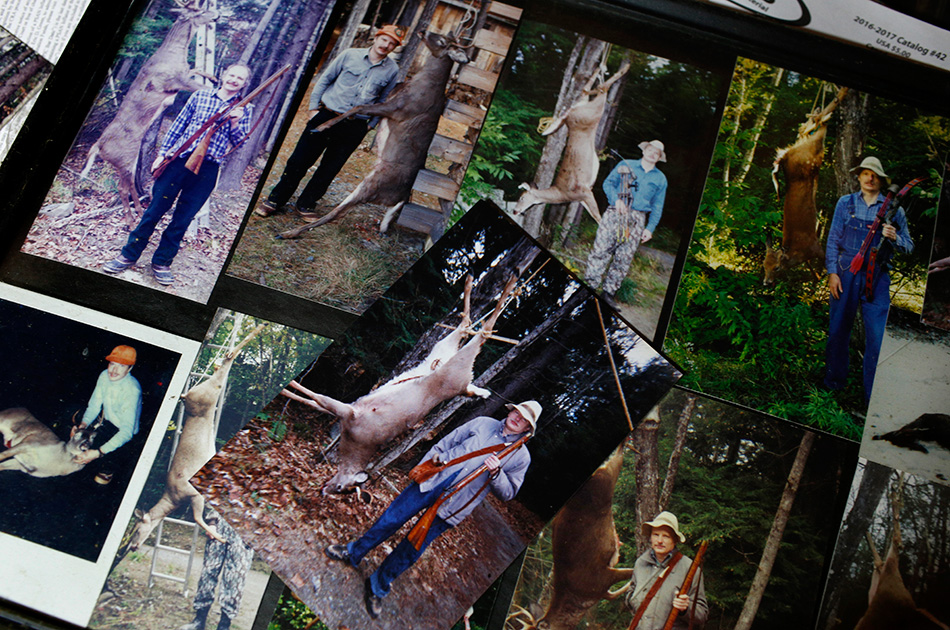 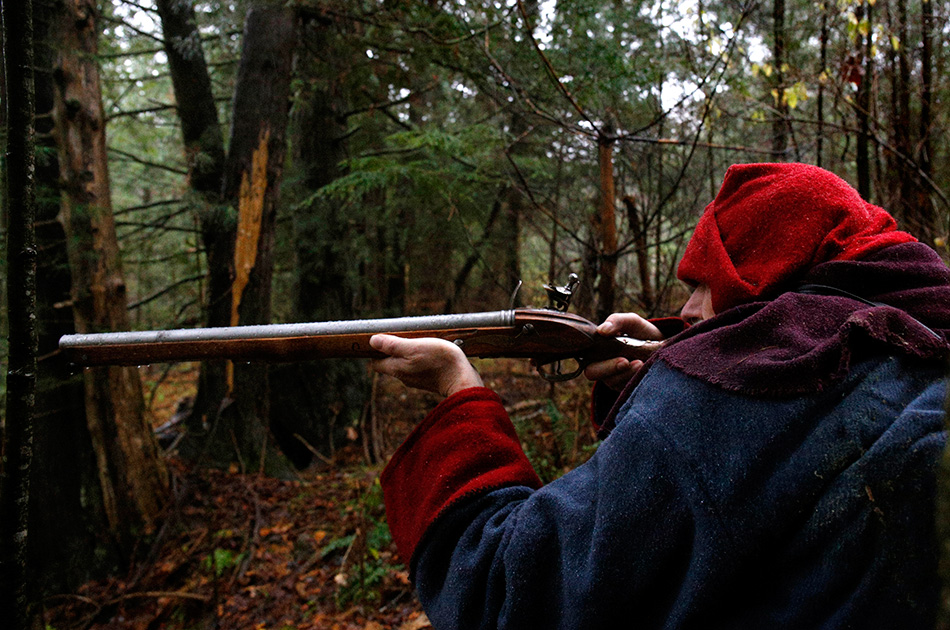 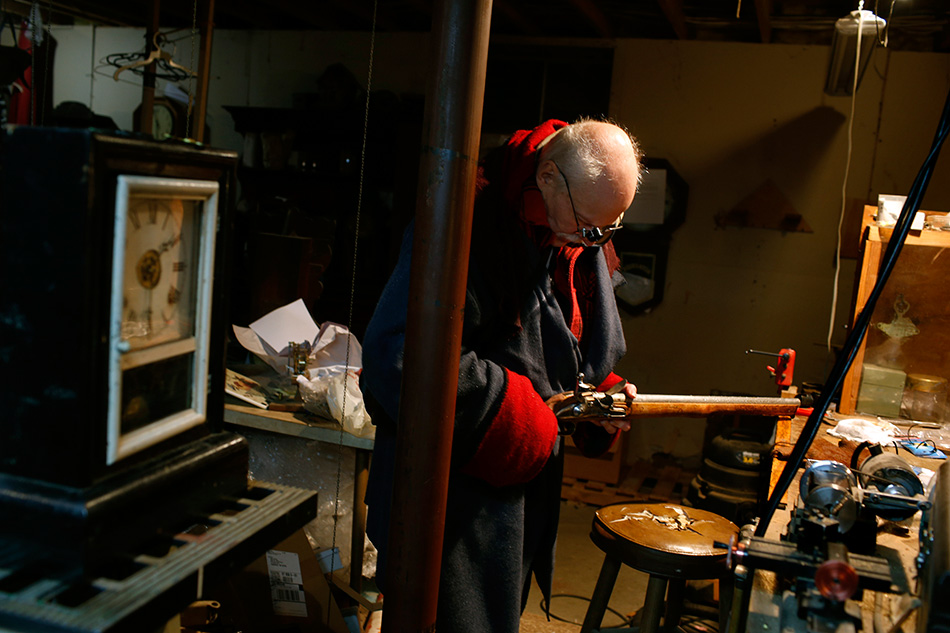 From top, Carl Diener, of Hanover, N.H., quietly walks into the woods near his home while looking for deer tracks on the second to last day of New Hampshire’s muzzleloader season. Diener began hunting in the 1980s with a co-worker and was attracted to muzzleloader season because it’s a two-week head start on rifle season; A collection of photographs in Diener’s shop shows the deer he has harvested over the years with his muzzleloader rifle. Once rifle season begins, Diener will not use a modern gun, dressing in his wool capote coat, carrying his powder in a horn and ammunition in a pouch; Diener takes aim at a doe he sees nearby — but does not shoot — while hunting. During muzzleloader season, the state allows the taking of any deer only for the first four days in the G1 Wildlife Management Unit where Diener hunts; Stepping in from a rainy afternoon of hunting, Diener checks to be sure the flintlock’s priming pan is dry where gunpowder was to be struck in his muzzleloader rifle. Diener had covered the area with a cow’s knee, originally named for the piece of leather made from the appendage. Diener made one himself from two pieces of suede.