Last week, I spent the day with Valley News Columnist Jim Kenyon as he did a Day in the Life profile of Merrilyn Bourne, who is executive director of Listen Community Services in Lebanon, N.H. Listen provides all kinds of services to those in need, funded by sales from their three thrift stores. Merrilyn’s passion and energy for her job is an inspiration! 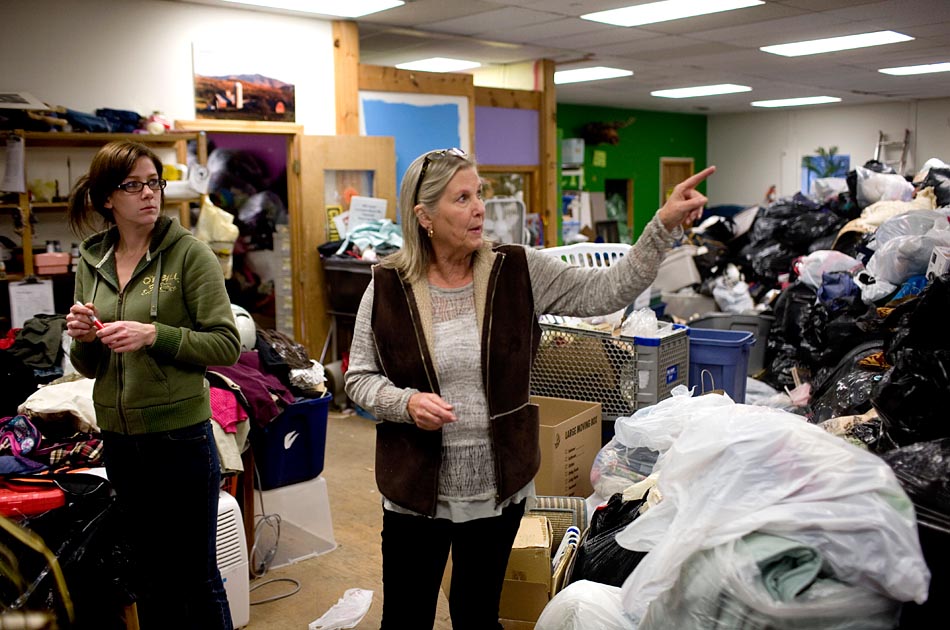 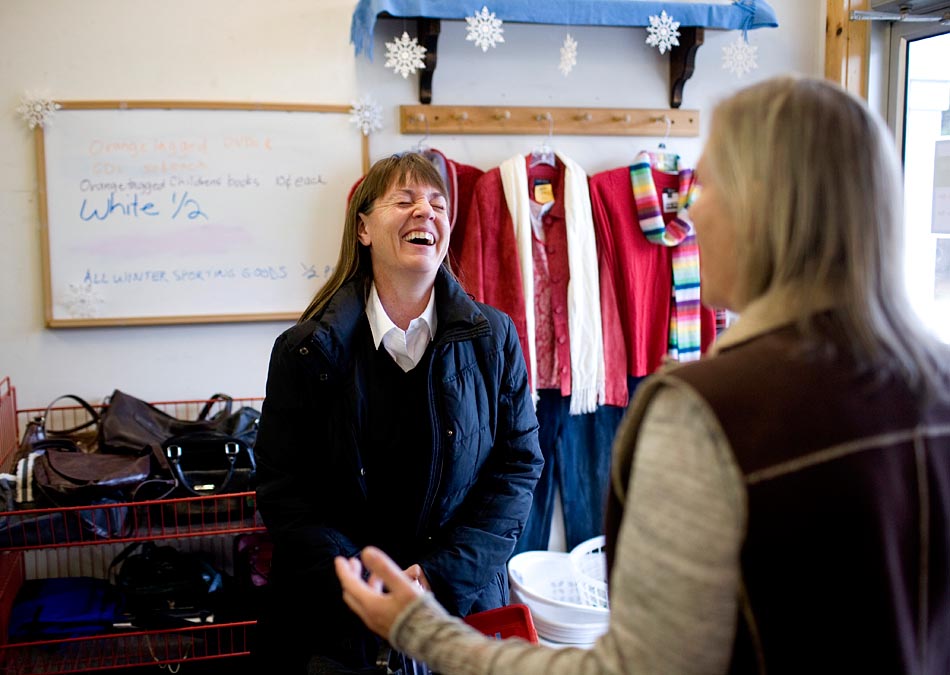 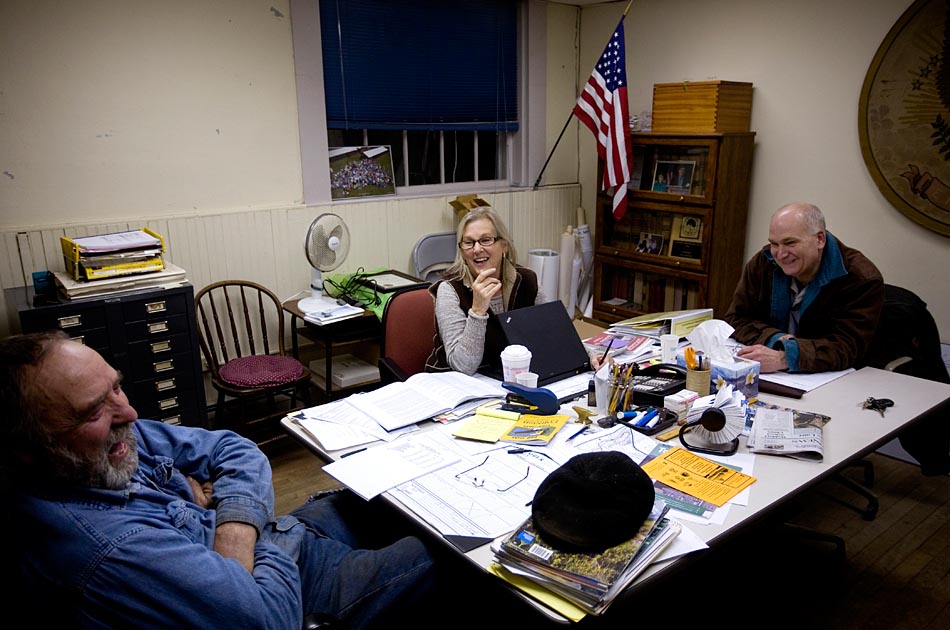 From top: Merilynn Bourne, executive director of Listen Community Services, tells Teresa Eastman and other employees in the White River Junction sorting room of her plans to tint the windows due to feedback Bourne has received from the community; Hilde Ojibway, of Wilder, Vt., laughs while listening to Merilynn Bourne, of Cornish, N.H., tell a story at the Listen Thrift Store in Canaan, N.H. Ojibway, who hired Bourne in 1996 to direct Listen’s retail operations, was coincidentally shopping for gifts while Bourne was visiting employees in the store; Cornish selectboard members John Hammond, left, Merilynn Bourne and Scott Baker laugh while talking on the speakerphone with a committee member that they jokingly appointed as chair during their twice weekly meeting in Cornish, N.H.