Isaac Barker, who is a senior at Thetford Academy in Thetford, Vt., is a serious student of the craft of maple sugaring. Over the winter, he rebuilt an early 1900s evaporator from the orginal arch found in the woods by a neighbor. With nearly 50 taps and buckets on trees near their home, the Barkers boil in their backyard. Isaac’s operation towers over my modest six-tap hobby! 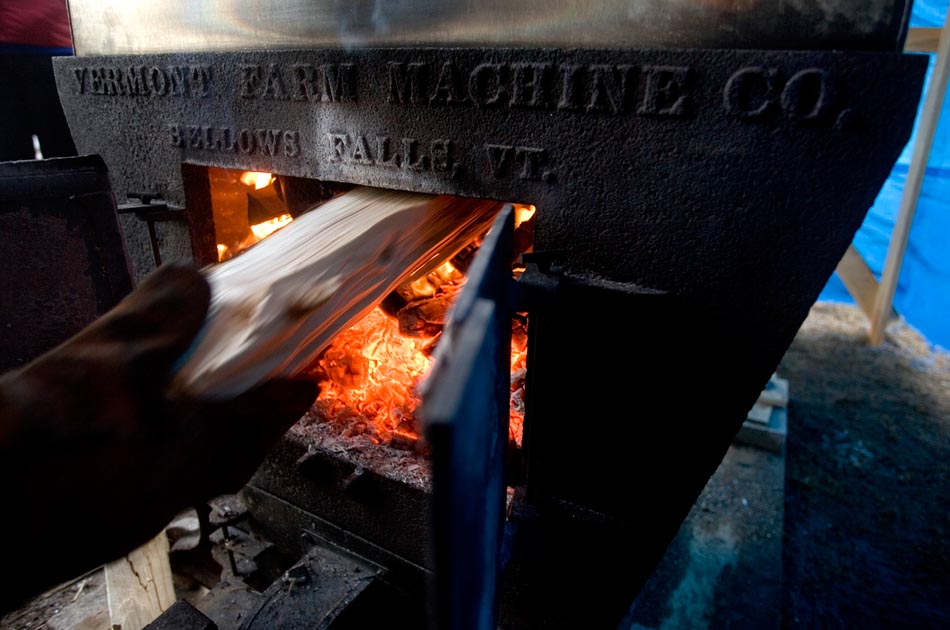 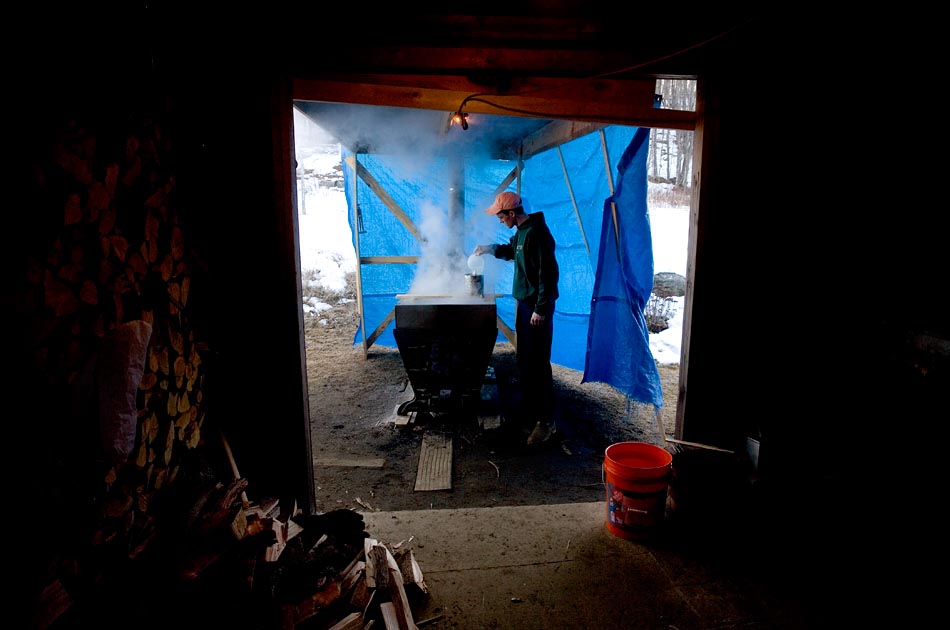 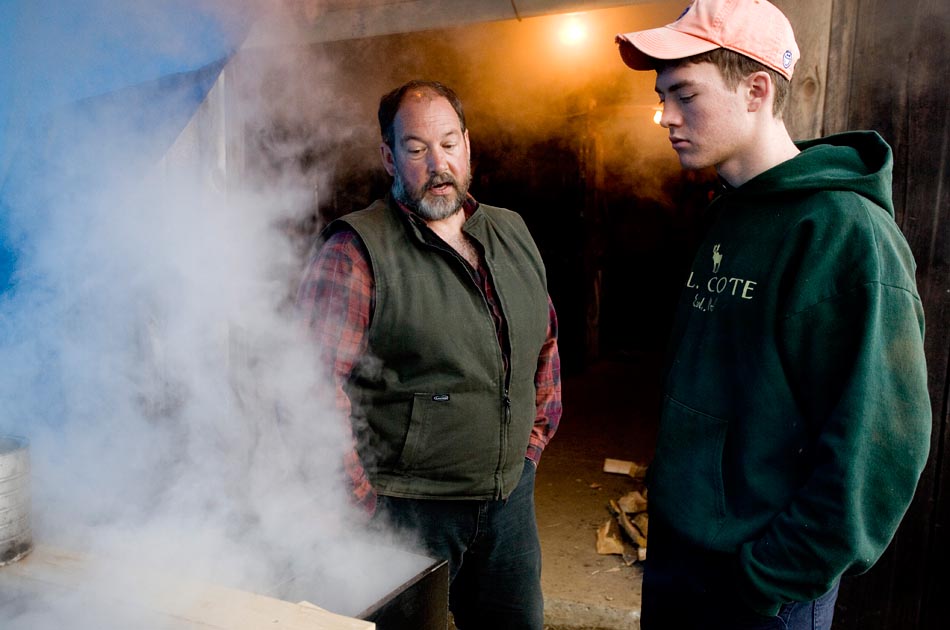 From top: Isaac Barker, 18, of Strafford, Vt., adds wood to the fire box in the evaporator he recently rebuilt. The cast iron front and back — the arch — was found by a neighbor in the woods. It dates back to the early 1900s; Barker pours sap into a reservoir for warming it before it is boiled on the evaporator; Matt Barker, left, talks with his son about whether or not to borrow sap from a neighbor to continue boiling at the end of the day.