I spent a recent chilly Sunday at Claremont Speedway in Claremont, N.H., with the Stockwell family, working on a story for the Valley News. Brothers Avery and Howard are following in the tire tracks of their racing father, grandfather and great-grandfather. I enjoy working on racing stories because I grew up with the sights and sounds at Huset’s Speedway in Brandon, S.D. And it was interesting to hear the stories told by three generations involved with the sport! Follow this link to read the story. Here’s a few of my favorites: 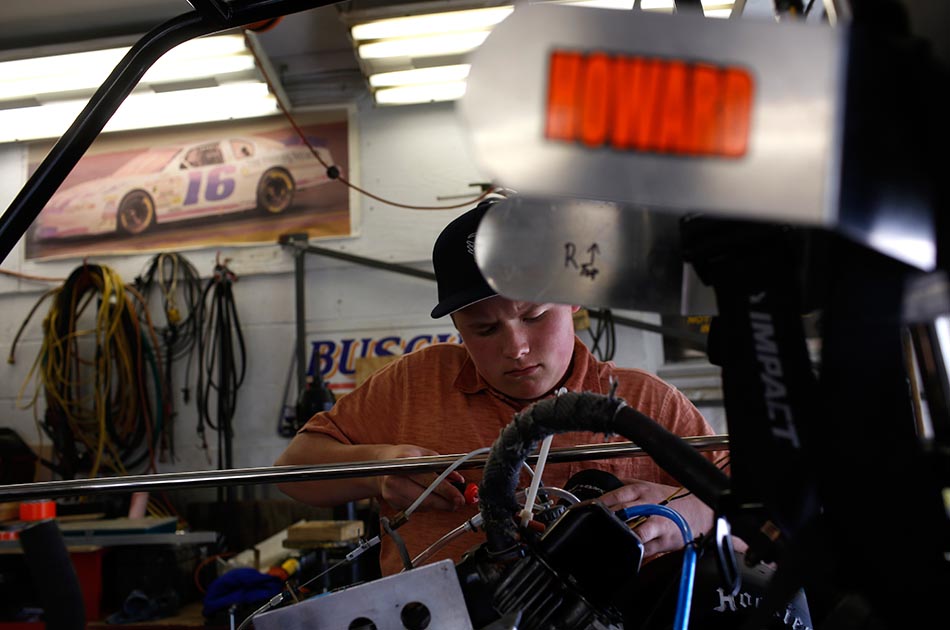 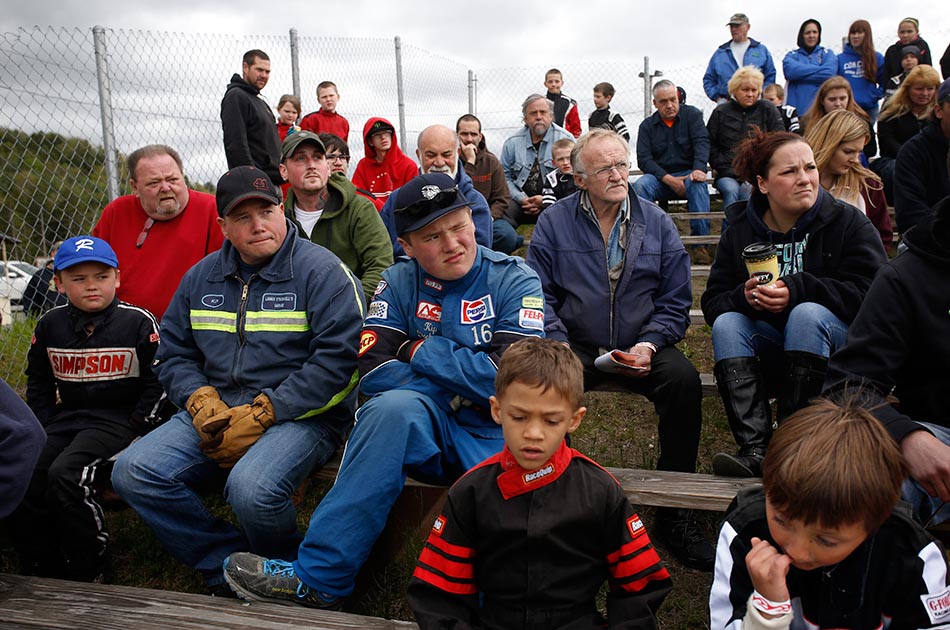 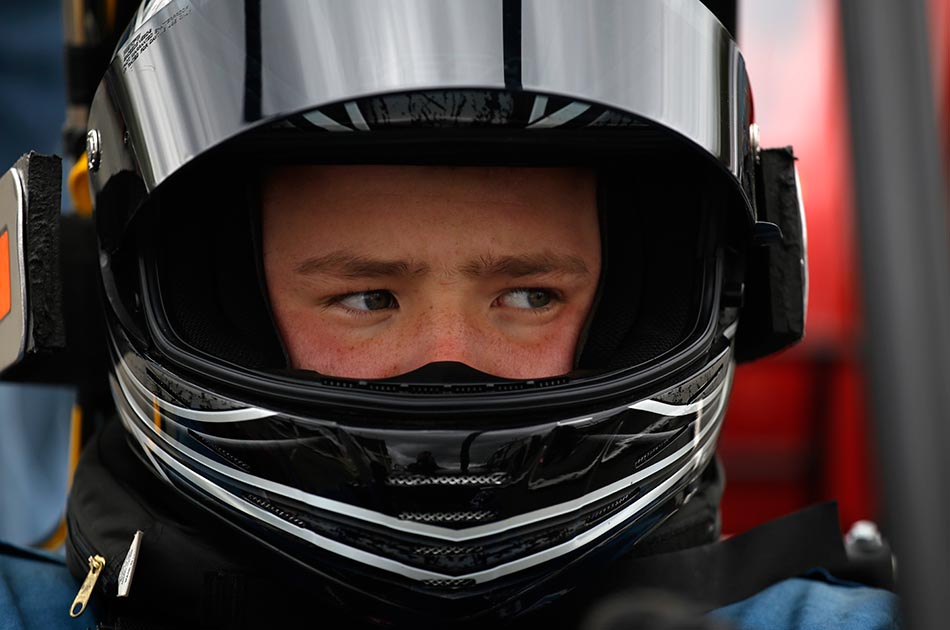 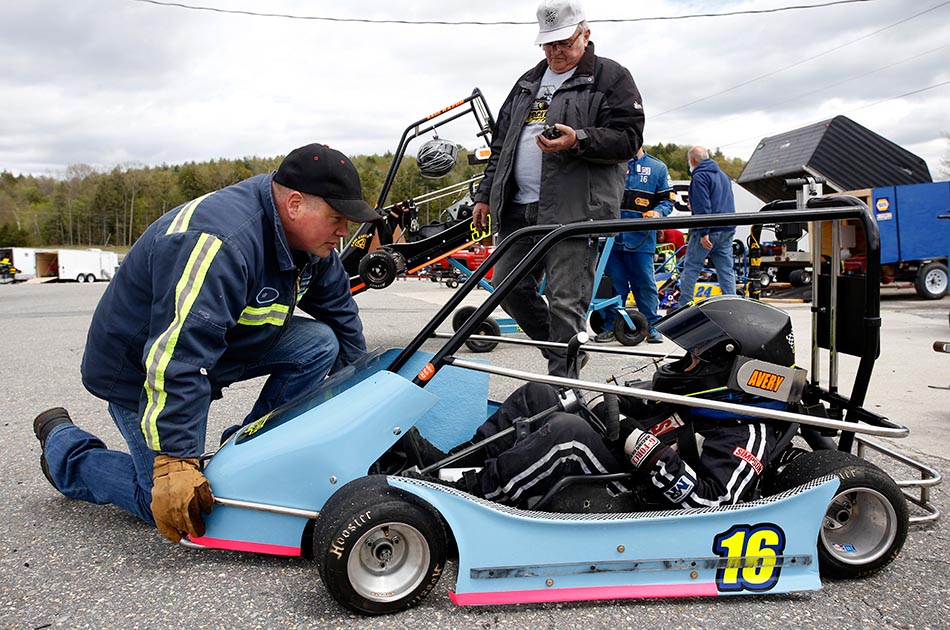 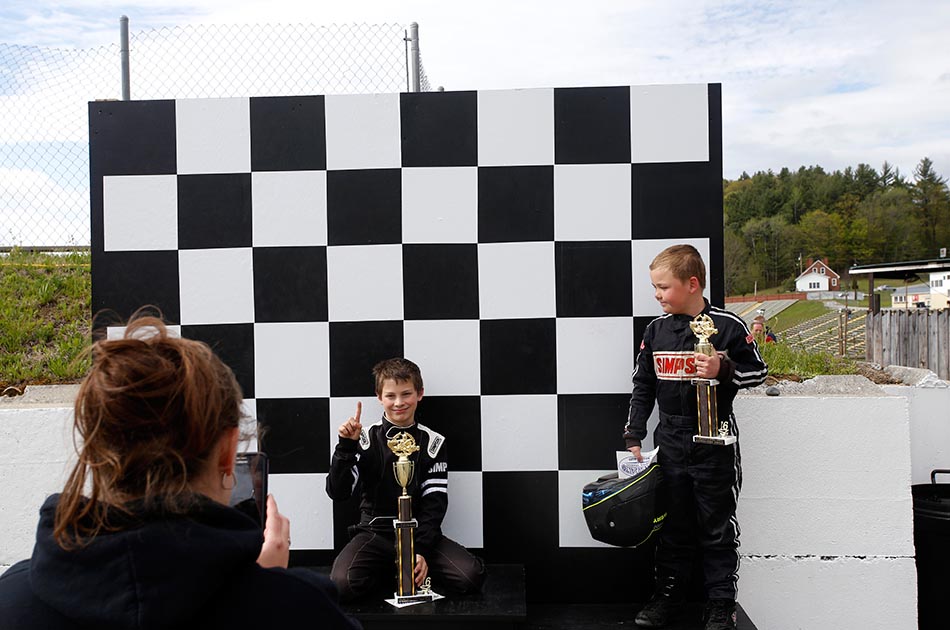 From top: Howard Stockwell, 12, of Randolph Center, Vt., makes an adjustment to his go-kart in his grandfather’s race shop in Braintree, Vt. The one-car garage is the same space his father, Kip Stockwell, prepared his NASCAR Busch North race car in, shown in a photograph on the wall; At left, Kip Stockwell and his sons Avery, 9, and Howard, attend a driver’s meeting with other parents and their racer children at Claremont Speedway in Claremont, N.H. The Stockwell brothers are the fourth-generation in the family to race, starting with go-karts like their father did; Howard waits for the first practice of the season in his new go-kart. “I’m more nervous than excited,” he said; Kip gives Avery a pep talk after he finished third in his qualifying heat. At center is Lennie Stockwell, who helps work on his two grandsons’ karts; After an inverted start for the main race put him at the back of the field, Avery works his way to the front in his No. 16 go-kart; Isaiah Hogan, 10, of Canaan, N.H., gets his picture taken by his mother Amanda after winning the Junior Bandits A race. Hogan passed Avery, right, on the last lap of the race.