As vaccination numbers increase and COVID-19 restrictions ease, following and covering baseball is more enjoyable without my glasses fogging up due to the mask. Here are a few of my Valley News favorites from the spring and summer: 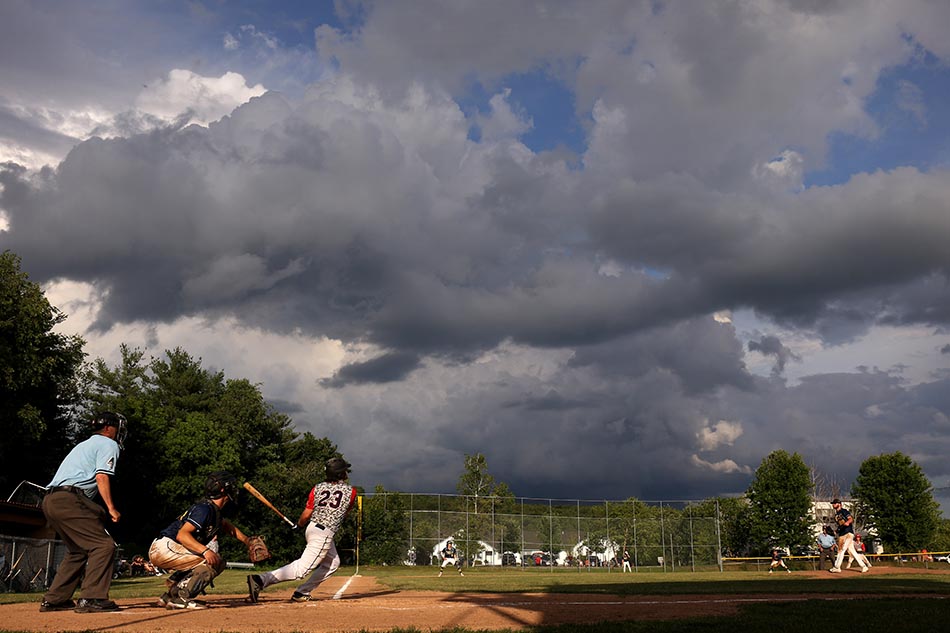 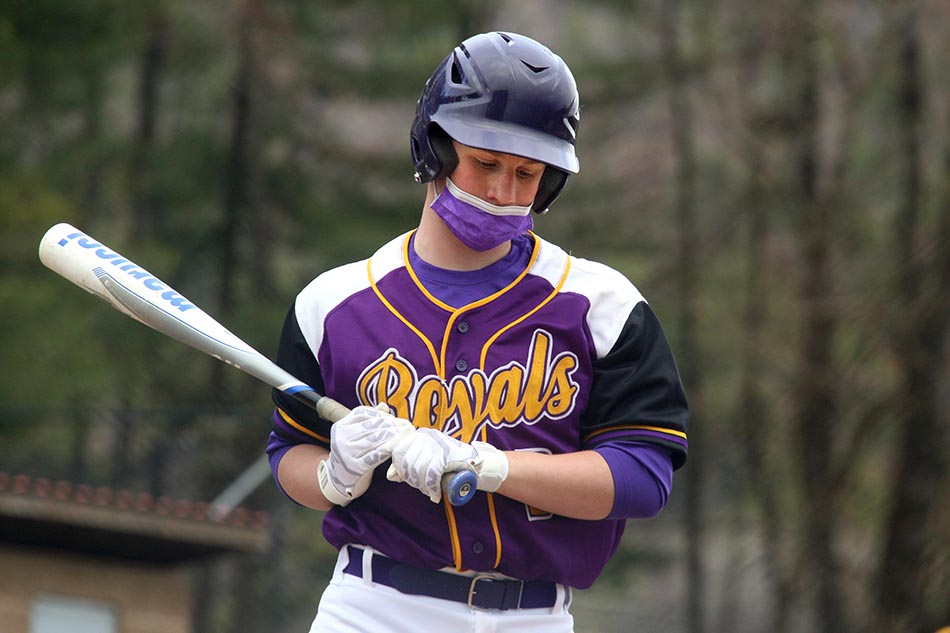 Mascoma’s Cayden Marquay reacts to a called strikeout during their game against Lebanon. 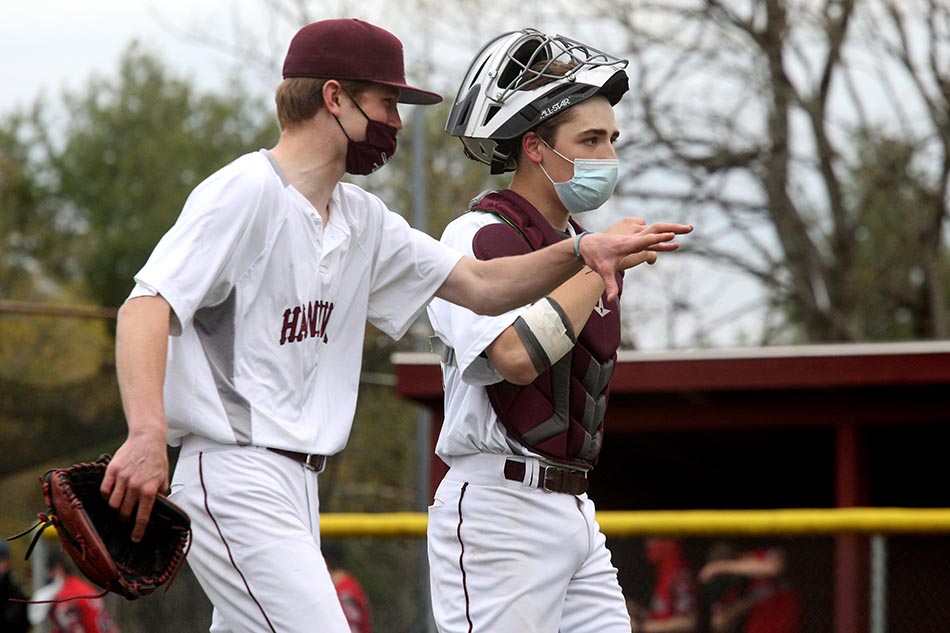 Hanover pitcher Wes Stocken and catcher John Hill talk on their way back to the dugout after a successful inning against Stevens in Norwich, Vt. 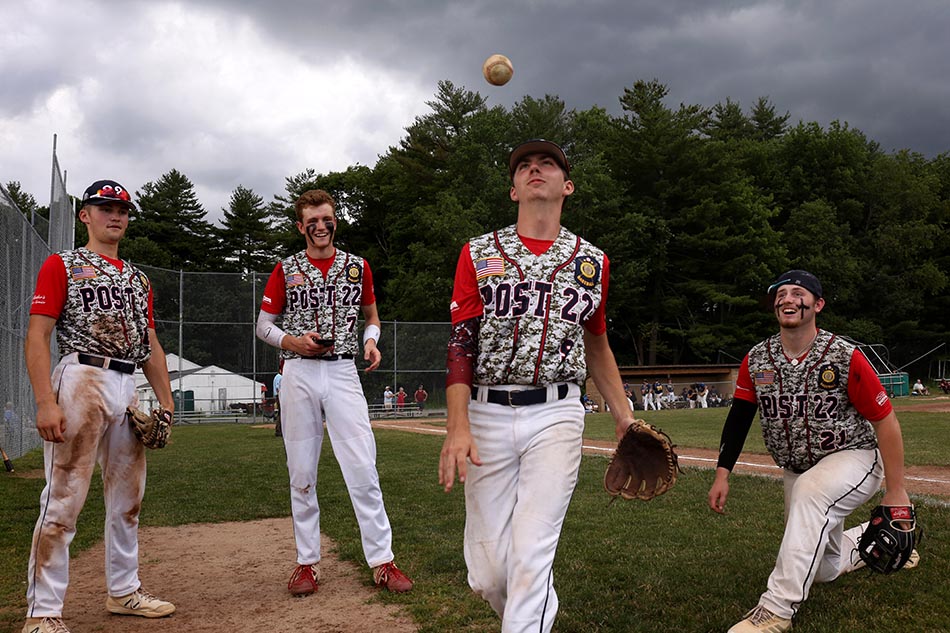 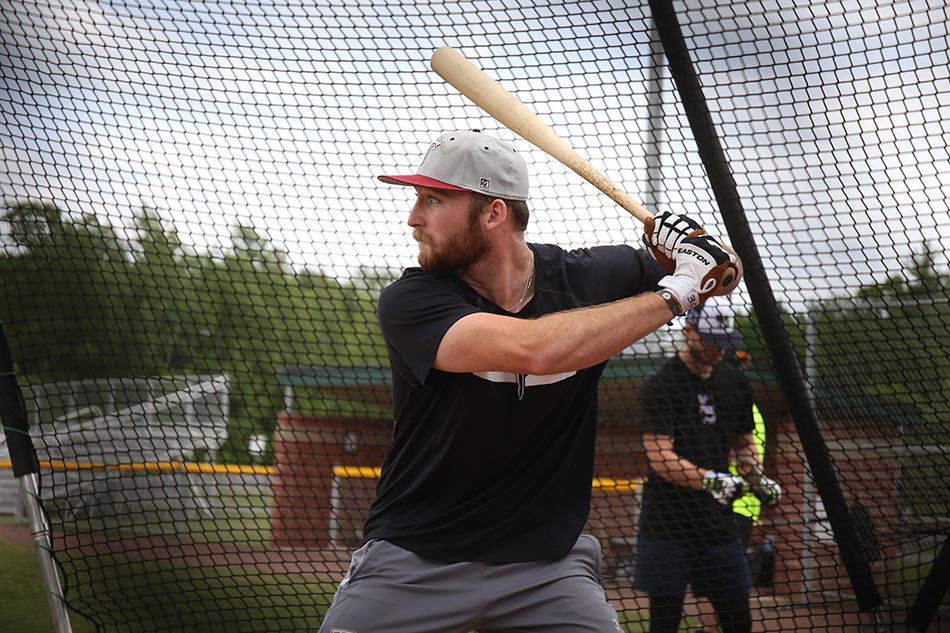 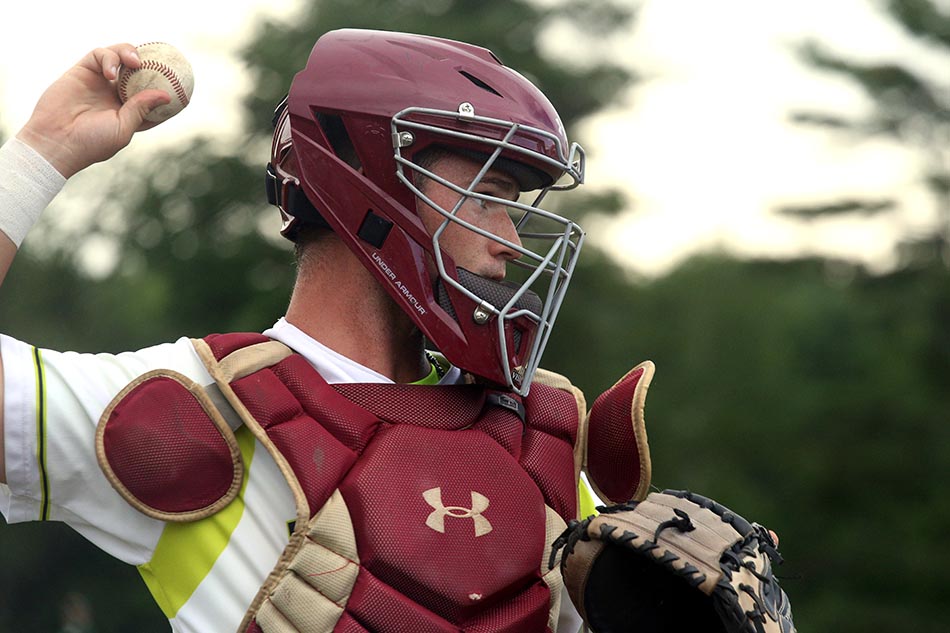 Nighthawks catcher Parker Haskin warms up before their game against Sanford in White River Junction. Haskin, who is a student at Elon University, is one of 20 players from his college team playing in summer leagues this year. 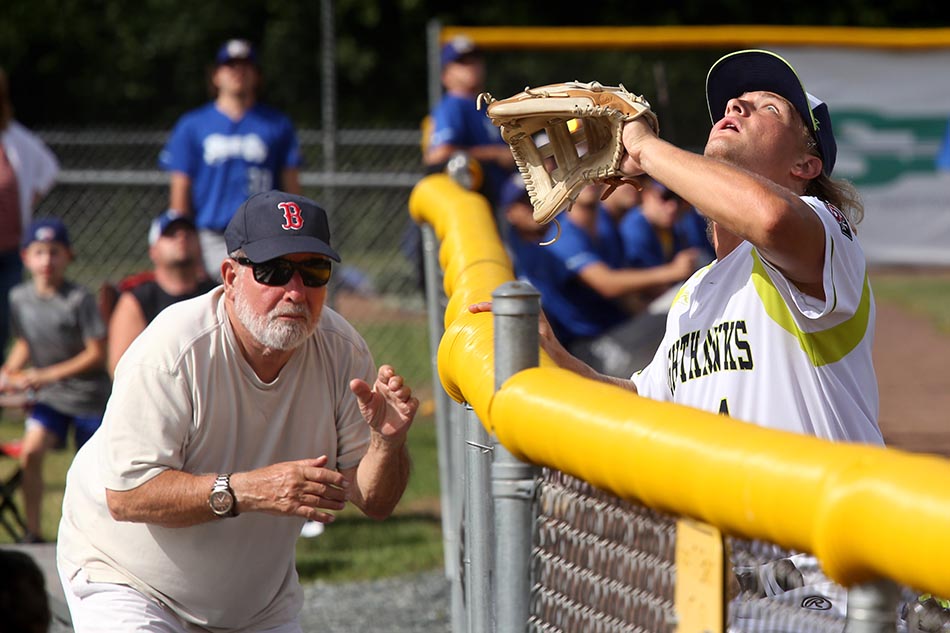 A spectator ducks as Upper Valley’s Gehrig Anglin pursues a foul fly ball along the third baseline in the first game of their doubleheader in White River Junction. 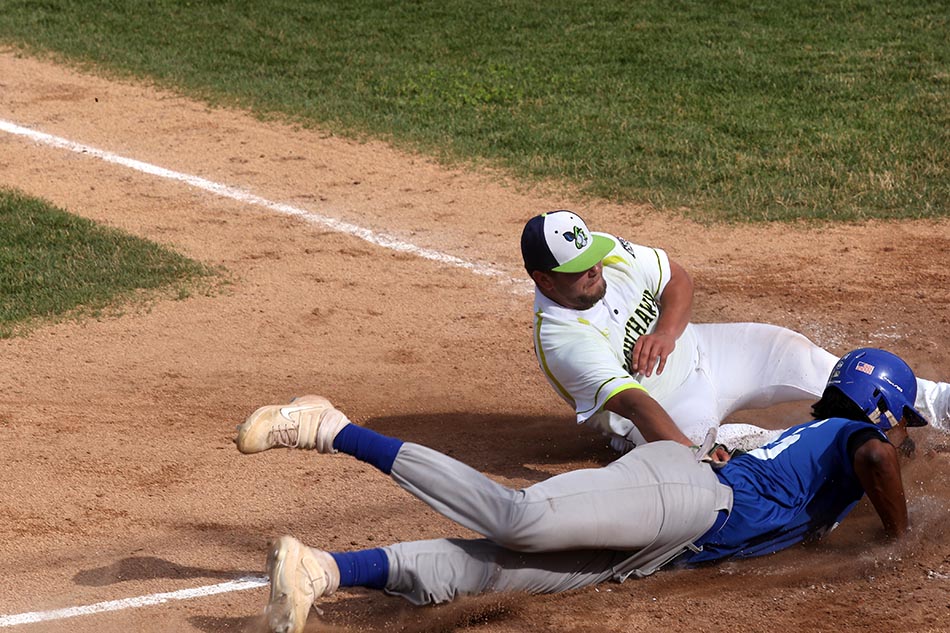 Upper Valley pitcher Alex Theis fields the ball he overthrew from catcher Raphael Pelletier (not shown) to tag out North Adams’ Brandon Hylton in the fourth inning to preserve their lead in the first game of their doubleheader. 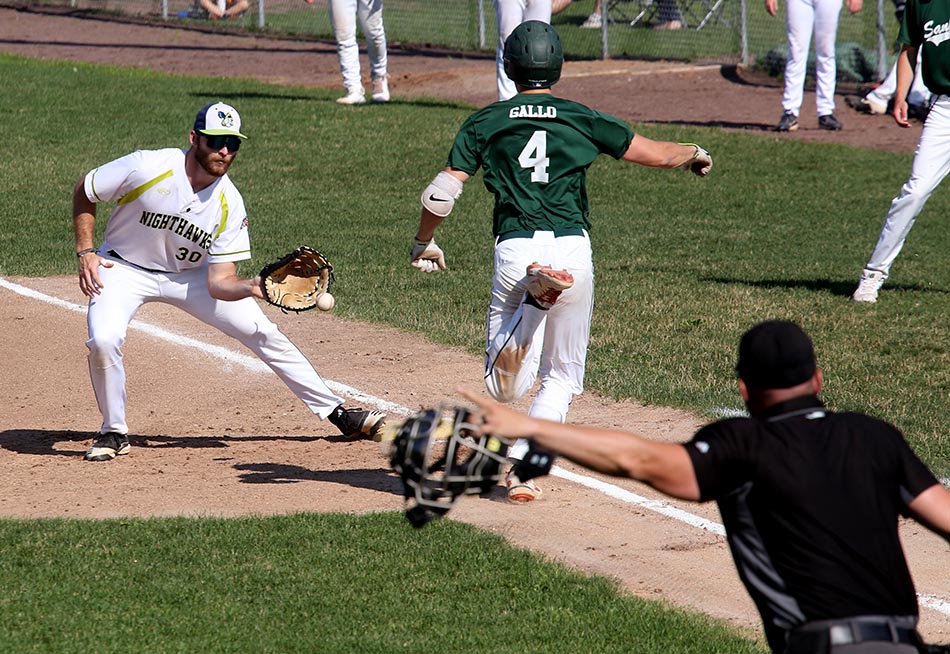