Last Saturday night, I photographed a Texas Hold ‘Em poker tournament at the Orange East Senior Center in Bradford, Vt., for the Valley News. Many of the players were regulars at the center’s fundraising game. It was interesting to watch the action, ranging from serious to silly. 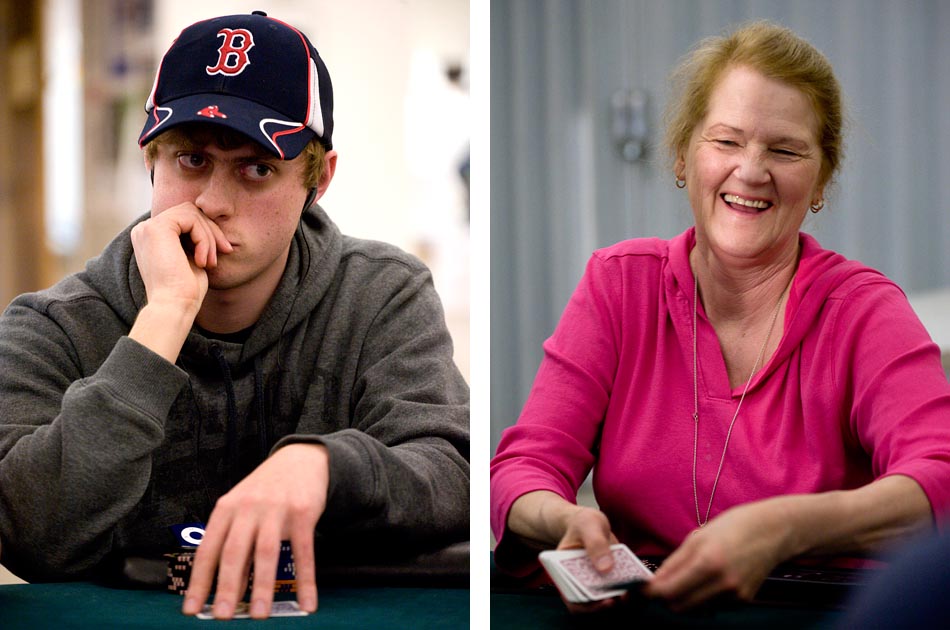 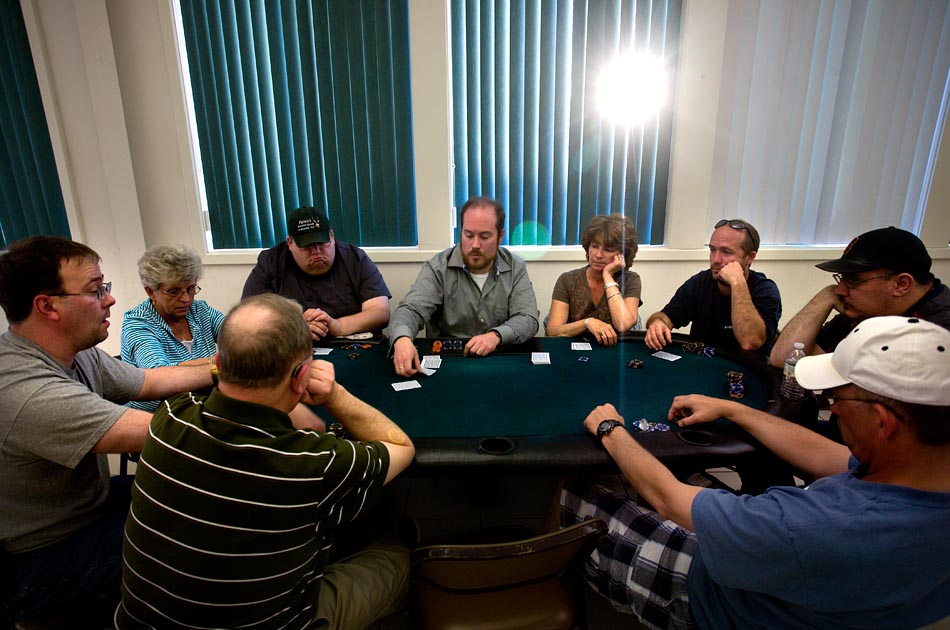 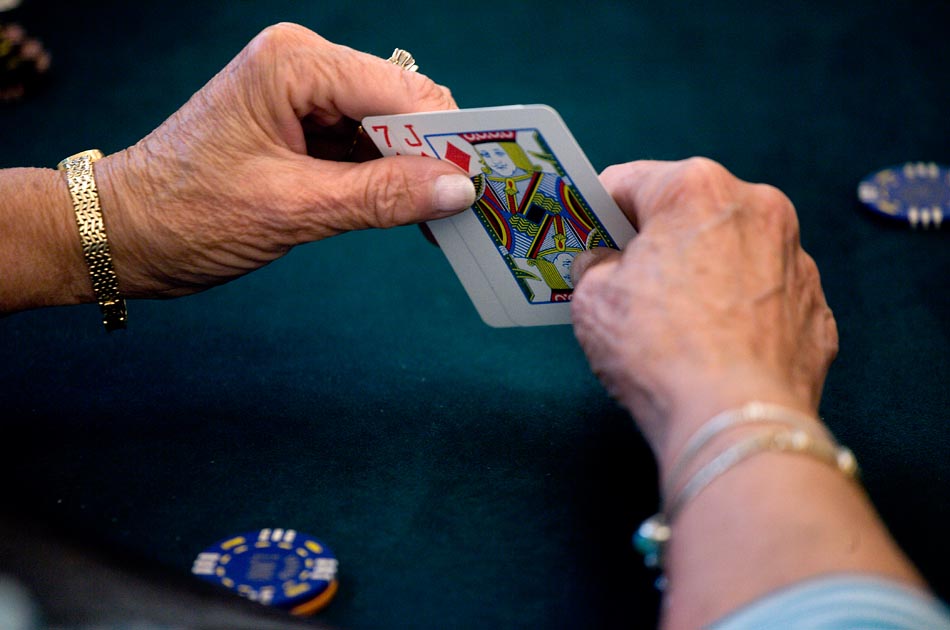 From top: Jason Bowen, left, of Topsham, Vt., keeps an eye on his competition while playing in the poker tournament. Dealer Sandy Benjamin, right, of Enfield, N.H., chats with players while running a table at the tournament. Benjamin has been a dealer the whole time the game has been at the senior center; Dealer John-Paul Hunt, of Woodsville, N.H., center, turns over “the flop” — the first three of the five community cards — at one of three tables of players during the tournament; Mary Ryan, of Norwich, Vt., checks her cards while playing.