I recently spent the weekend with Team Film Flam to document their effort to compete in the annual Film Slam sponsored by the Cohase Chamber of Commerce in Bradford, Vt., as a photo story for the Valley News. Alan Haehnel, his daughter Omega Haehnel and her best friend Pearl MacLeod were amongst the six teams to write, shoot, edit and present a seven-minute film in 48 hours. Their result — Hearts Ajar — was not only clever and funny, but also won several awards. Totally impressive! 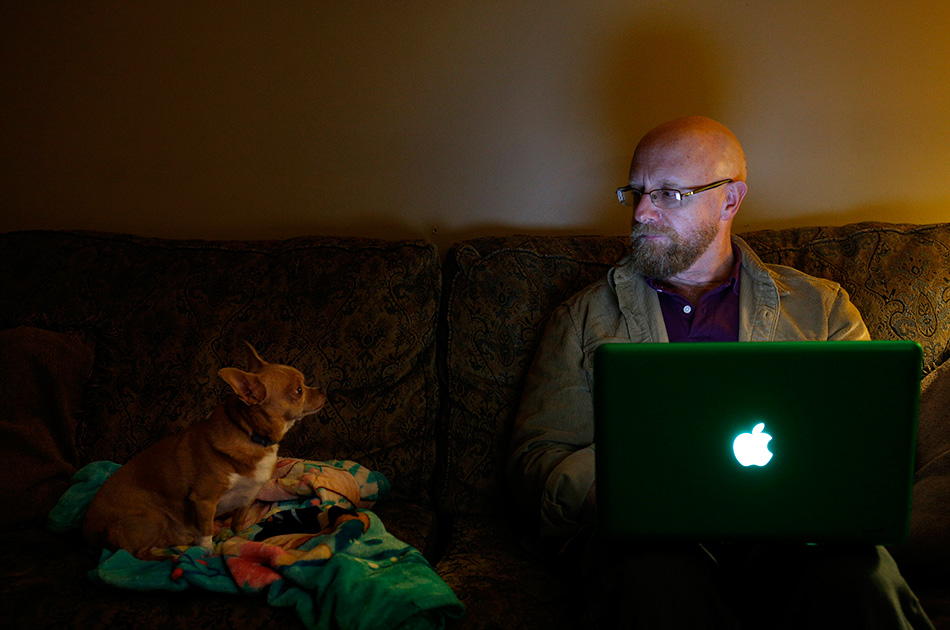 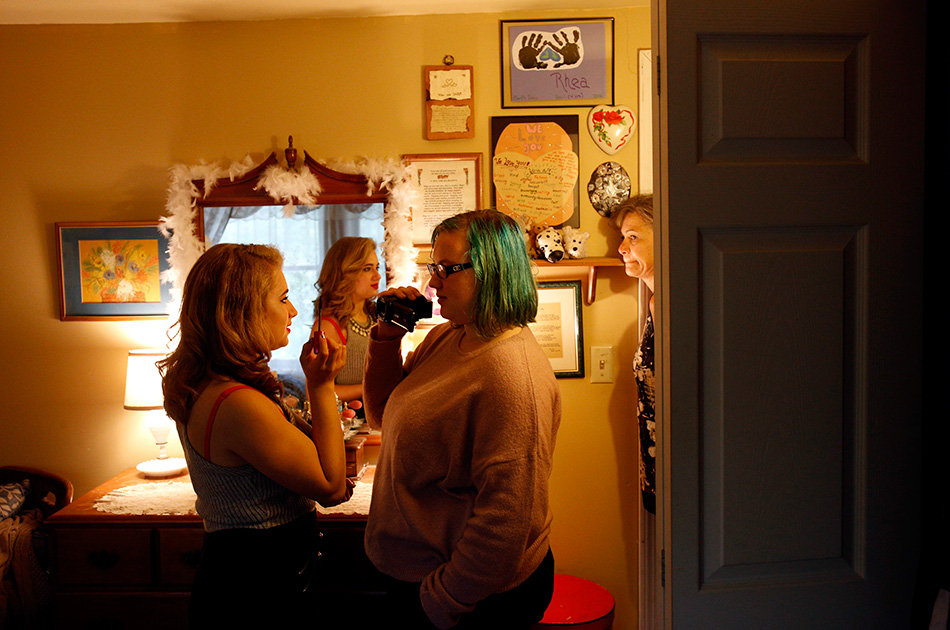 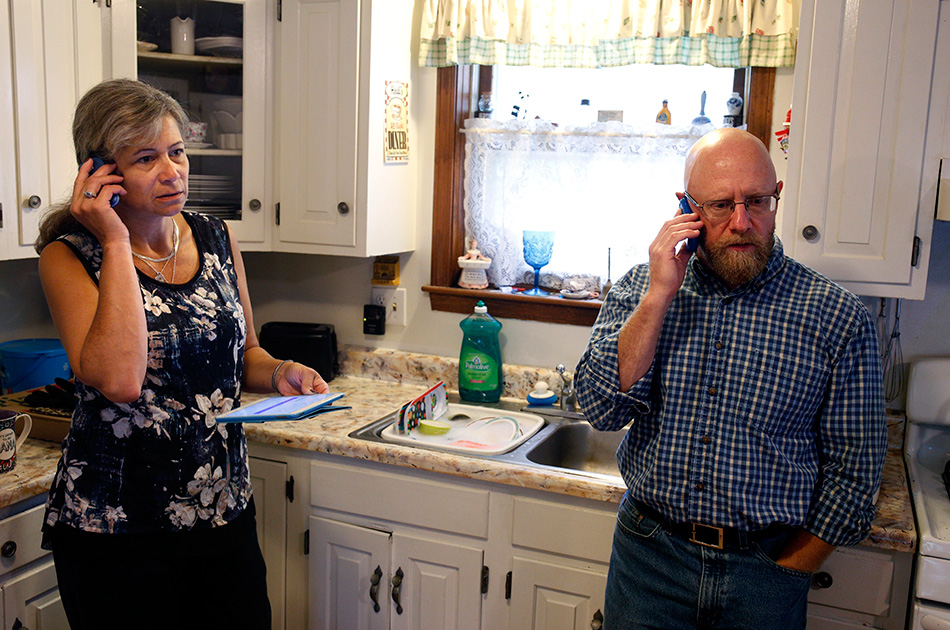 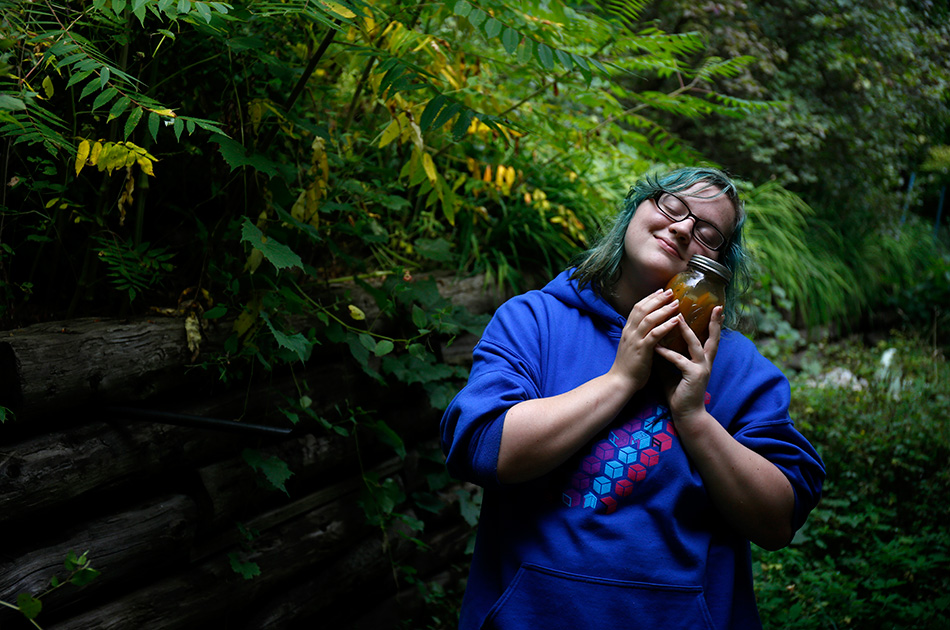 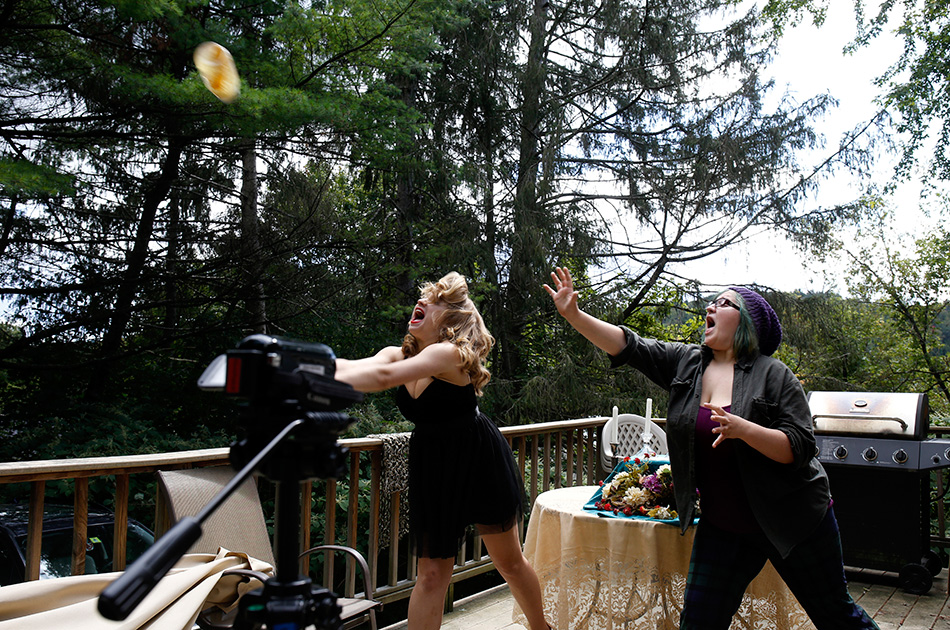 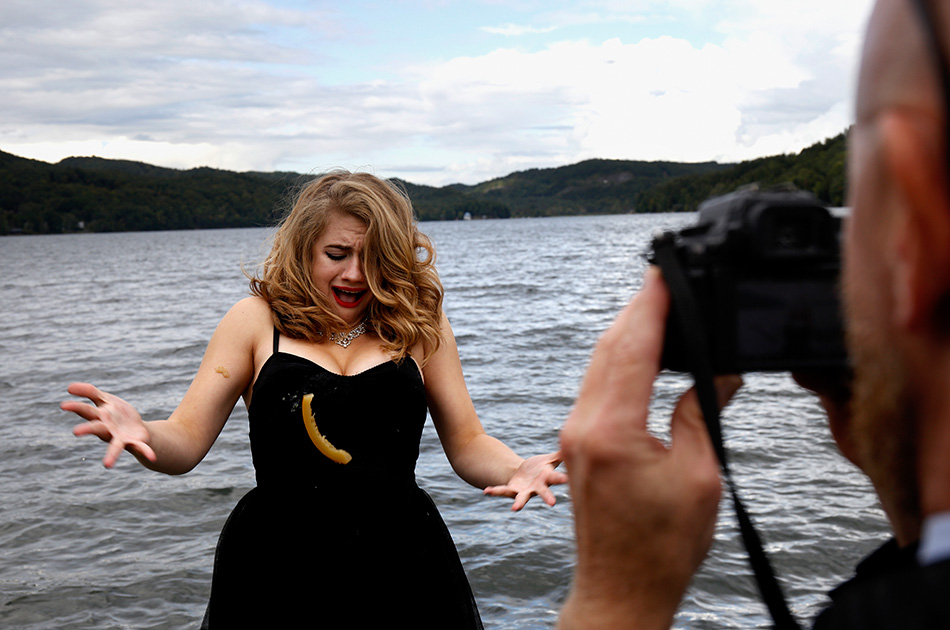 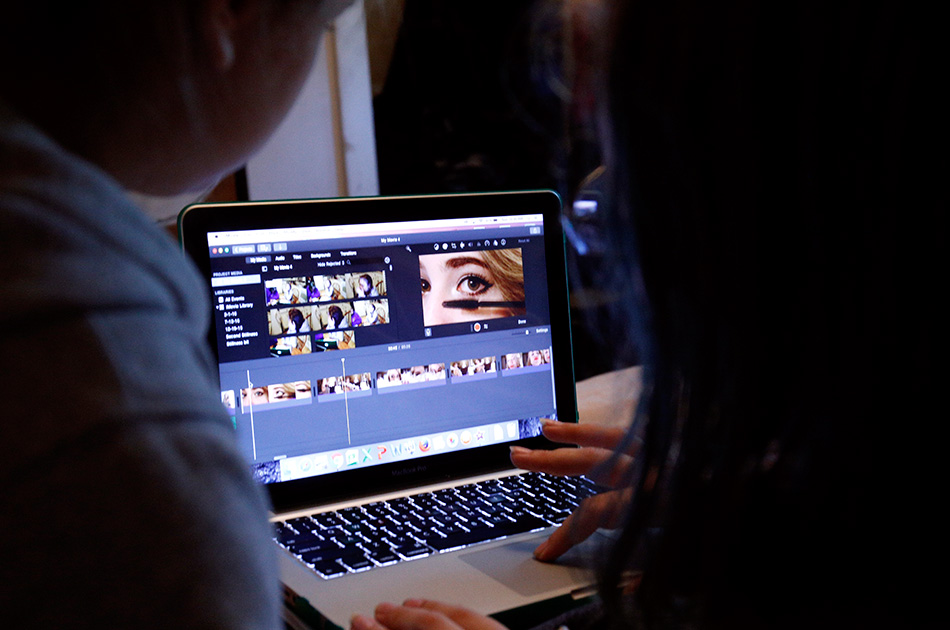 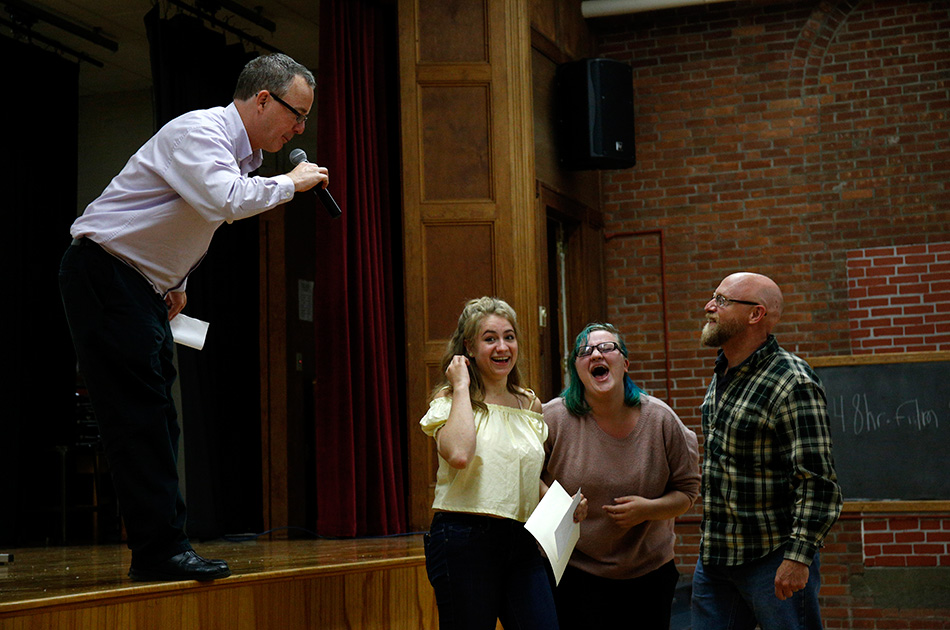 From top, with Peanut the family dog keeping watch, Alan Haehnel starts writing the script to be used by his team; As Pearl MacLeod shoots close-ups of Cecelia, played by Omega Haehnel, her mother Heidi Haehnel pokes her head into her bedroom in Hartford Village, Vt., to ask a question during the filming; Because a dead camera battery puts a halt to their shooting Heidi Haehnel makes calls to see if she can find a store that stocks a replacement as Alan Haehnel calls their son to see if one of his friends has the same battery. They resolved the problem by using a simpler camera Alan Haehnel borrowed from Hanover High School, where he works; In character as Pam, MacLeod cradles a jar of pickles while making the film HEARTS AJAR. As part of the competition, each of the six teams had to include a jar of pickles in their film; Pam reacts as her stepsister Cecelia throws Pam’s cherished jar of pickles; While Alan Haehnel is filming, Cecelia is hit with a pickle thrown by her stepsister Pam on the dock at the public beach on Lake Morey in Fairlee, Vt.; Omega Haehnel, left, and MacLeod work on editing their film first thing in the morning, with about 10 hours remaining in the slam; Cohase Chamber of Commerce Executive Director Erik Volk leans over to get reaction from Film Slam first place winners Omega Haehnel, MacLeod, and Alan Haehnel after the six teams presented their films in Bradford, Vt. HEARTS AJAR was also awarded Best Direction and Best Use of Genre awards by the judges. The audience at the screening also gave it the People’s Choice award.